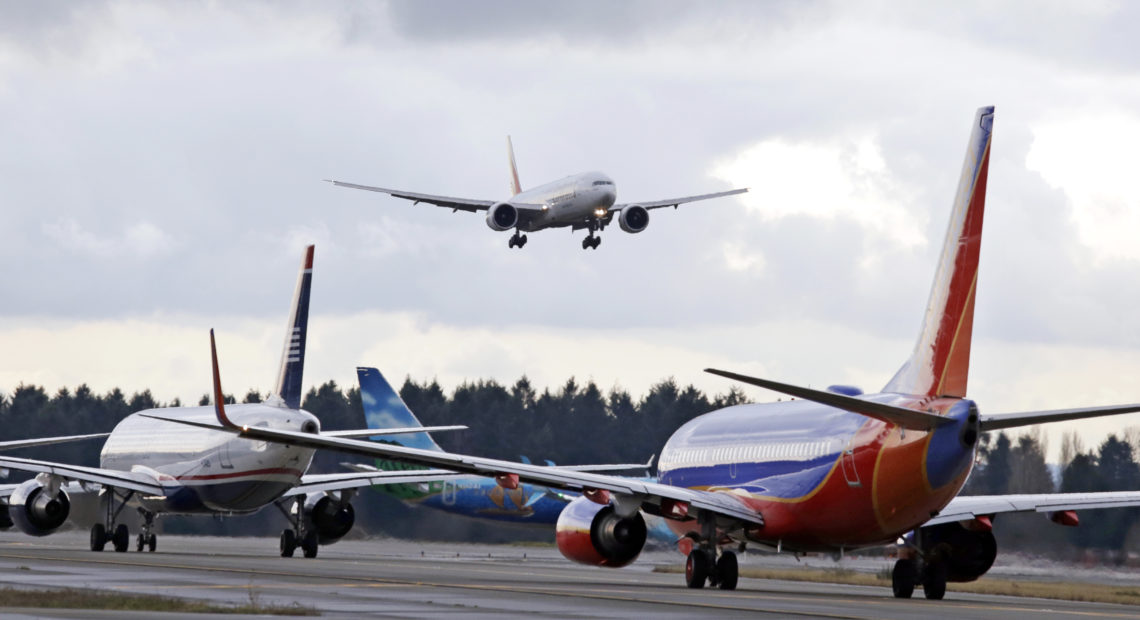 This year Thom Hawkins is missing his fourth family Thanksgiving back home in Minnesota, by choice.

The 82-year-old lives in Glendale, Calif., and hasn’t visited his extended family of nieces, nephews and cousins since September 2016. That’s when he decided he couldn’t fly anymore because of environmental concerns. Ever since, he has missed weddings, birthdays and graduations, and he expects to miss funerals.

“On the last trip there I felt guilty, if you want to know the truth,” Hawkins says. “I [had] become very aware of climate change … probably hyper-aware, more than most people that I know.” 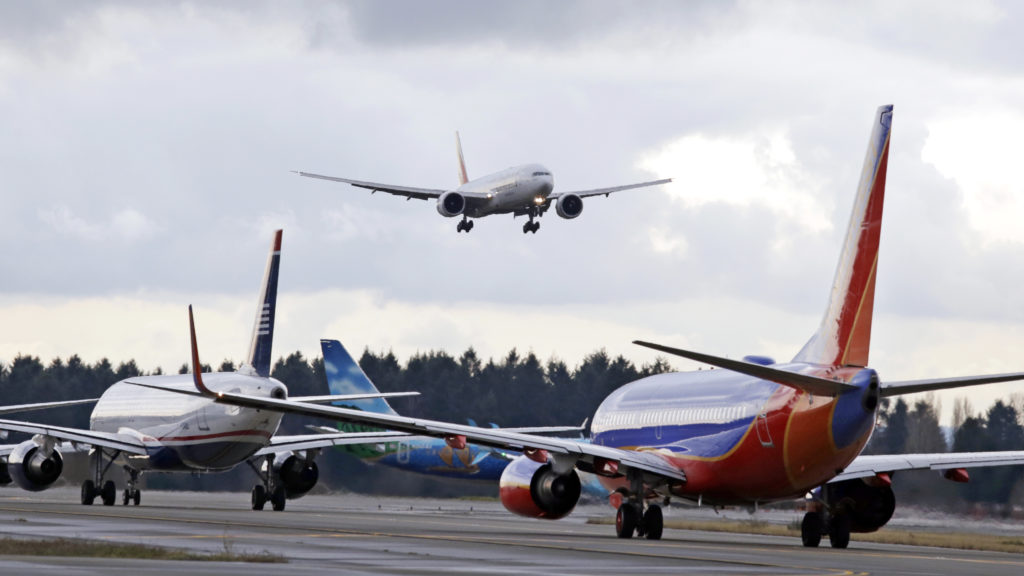 He’s even told his family to no longer fly to California to visit him, as he doesn’t want them to contribute to climate change on his behalf. Hawkins is part of a small but growing number of people who are choosing not to fly, or to fly less.

A group called Flight Free, which has members in at least 10 countries, and another called NoFlyClimateSci, claim more than 20,000 people around the world have signed different public pledges to not fly in 2020. There is an international push to raise those numbers by the end of the year.

“We’re trying to inspire climate action, and when people choose not to fly that’s one of the most immediate and direct and cheapest ways that people can help solve the climate crisis,” says Ariella Granett, who helped found Flight Free USA.

The United States produces the most carbon emissions from airplanes, creating nearly a quarter of the global total. About 69% of U.S. emissions come from domestic operations, according to the International Council On Clean Transportation.

The European Union comes in second with 19% of global emissions, while China is a close third at 13%.

Acting on conviction comes with sacrifice

Flight Free was founded in Sweden in 2018 under the name We Stay On The Ground. The country spawned the notion of flight shame — or flygskam in Swedish — and train brag, or tagskryt, as when someone posts photos of themselves taking the train to encourage others to do the same.

Sweden is also the home of teenage climate activist Greta Thunberg, who made headlines this summer when she avoided flying by sailing across the Atlantic to attend a U.N. climate conference.

Granett thinks the no-fly movement started in Sweden because of the keen awareness of melting glaciers in the north of the country, combined with the ease of rail travel in Europe. Flight Free and all of their associated groups want 100,000 people in each member country to pledge not to fly for a year. None are close to that goal, but activists believe they’ve already made some gains in Sweden.

In October, Swedavia AB — a state-owned company that operates 10 of Sweden’s busiest airports — reported that international passengers dropped nearly 2%, while domestic passengers dropped 10% compared with the same month last year. The company tells NPR that many factors played into that drop in passengers, including air travel taxes and flygskam.

Even in the U.S., a recent study by Swiss bank UBS found that about 24% of respondents reported reducing their air travel by at least one flight in the past year because of environmental concerns, up from 19% in an earlier survey.

Peter Kalmus, founder of NoFlyClimateSci and a climate scientist at NASA’s Jet Propulsion Laboratory in Pasadena, Calif., thinks that the airline industry should pay attention.

“If I were one of the executives in the aviation industry, I would be taking this movement very seriously,” Kalmus says. “And that should be very frightening.”

While Granett believes the choice to stop flying is one of the most cost-effective ways to cut emissions compared with buying eco-conscious food, appliances, household goods, etc., it hasn’t come without sacrifice. She left a globe-trotting architecture job to work at a local firm that keeps her around her hometown of Berkeley, Calif.

“I think I started thinking really hard about [changing jobs] during the Paradise fires,” Granett says, referring to a devastating Northern California wildfire last year that experts say was made worse, in part, by the warming climate.

“I was going to work in a paper smoke mask, and sitting at my computer at work with a mask,” she says, she felt a disconnect working on “projects across the country and talking about sustainability and sustainable design,” and felt like she needed to be working close to her home.

This change causes her to miss employment opportunities and holidays with her overseas family.

“We set up a Skype call with my brother who lives in Italy, and you know, we still feel like we’re together, but remotely,” Granett says. “This is part of what this campaign is about; sharing with each other and inspiring others to think in different ways.”

Her father-in-law, who lives in Ecuador, has signed the no-flying pledge, and for Thanksgiving this year her Los Angeles-based sister is opting for a bus ride up to the San Francisco area, where Granett lives.

Comparing flight emissions with car emissions can seem confusing because cars and other land vehicles produce the overwhelming majority of transportation emissions. Flights account for just about 2.5% of global carbon emissions, according to The International Council on Clean Transportation.

“But the problem is that the rates [of emissions] are rising very rapidly, and currently we don’t have a technological substitute that’s carbon-free,” says Shahzeen Attari, of the O’Neill School of Public and Environmental Affairs at Indiana University Bloomington. The number of airline passengers is projected to double in less than two decades.

Attari has found that if there were a carbon tax imposed on CO2 emissions per ton, people would change their transportation behavior.

“People would move with their pocketbooks,” she says. “They would change what they’re consuming based on what the prices are.”

“We subsidize our fossil fuel economy,” she says. “When we do that, we’re keeping these prices artificially low.”

The Air Transport Action Group, a nonprofit that represents the global airline industry, predicts that net aviation carbon emissions in 2050 will be halved from 2005 amounts, through the eventual use of sustainable aviation fuels and small-scale use of electric aircraft.

Between 2009 to 2020, the group also has a goal to continue to improve fuel efficiency by 1.5% per year. Still, Cobb says that airplanes are improving at a slower pace than other methods of transportation.

“We have so many other technological fixes at our fingertips for the grid, electricity, and even cars and trucks,” she says. “But this aviation piece will be a problem to stay.”

Megan Manata is an intern on NPR’s National Desk.