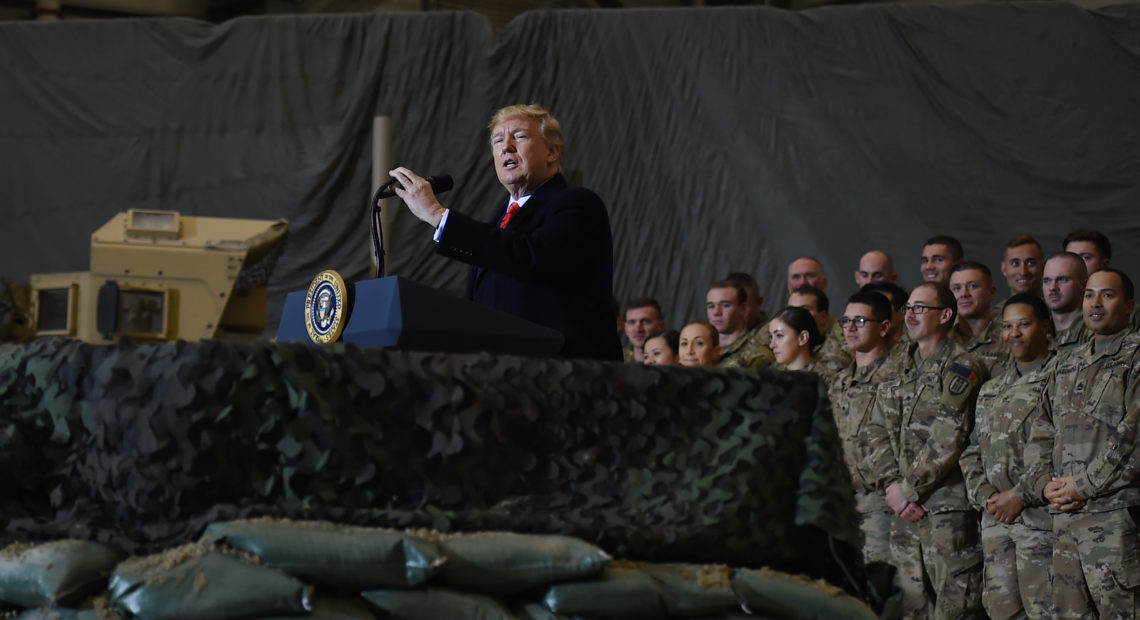 During a surprise Thanksgiving Day visit to troops stationed in Afghanistan, President Trump said that his administration has reopened peace talks with the Taliban, nearly three months after he abruptly canceled them. Trump made the announcement at a rally staged at Bagram Airfield outside Kabul, where he exchanged handshakes and posed for photographs with U.S. troops. 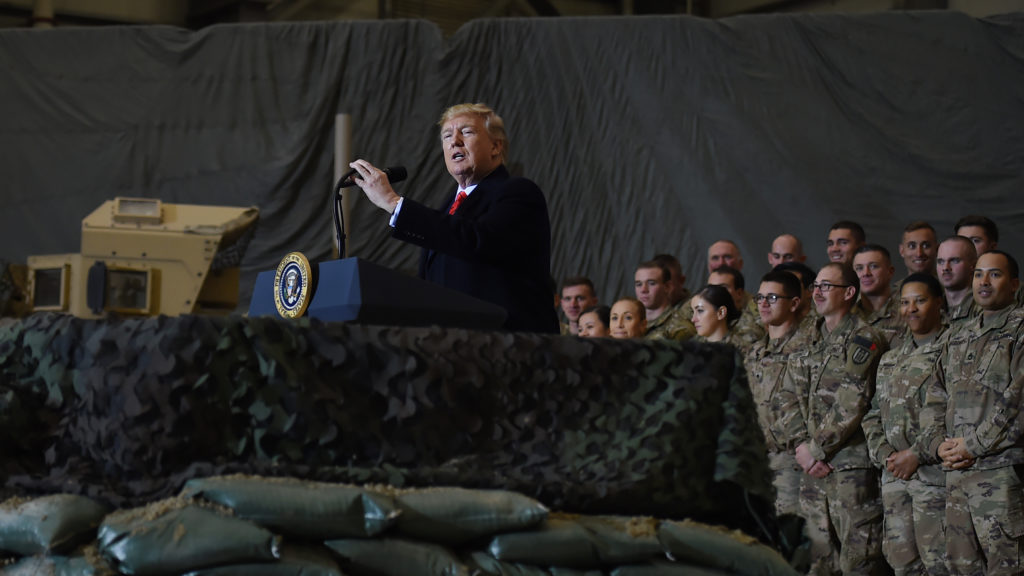 “As you know, for a period of time we’ve been wanting to make a deal, and so did the Taliban — and we pulled back. We were getting close, and we pulled back because of what they did,” Trump told reporters after a meeting at Bagram with Afghan President Ashraf Ghani, referring to an attack in Kabul that killed a U.S. service member.

In a series of tweets in September, the president cited the service member’s death as a principal cause for the cancellation. Now, he says the Taliban “wants to make a deal.”

“If they do, they do, and if they don’t, they don’t,” Trump said at the joint news conference Thursday with Ghani. “That’s fine.”

“That day is coming and coming soon,” he said Thursday.

Ghani, too, addressed the gathered troops, thanking them for “defending United States security and our freedom.” He also thanked Trump for the recent killing of Abu Bakr al-Baghdadi, the founder and longtime leader of the Islamic State.

“People talked a lot about [Osama] bin Laden,” Ghani told Trump onstage, “but what you did to eliminate al-Baghdadi — who was an organizer and not a talker — is a much greater accomplishment.”

“Together we will succeed,” he added. “We will never forget that 9/11 brought us [together], and we will never permit the repetition of 9/11 again.”

Last week, the Taliban released two Western hostages — Kevin King, an American, and Timothy Weeks, an Australian — along with 10 Afghan soldiers in exchange for the freedom of three Taliban commanders who had been imprisoned by the Afghan government. 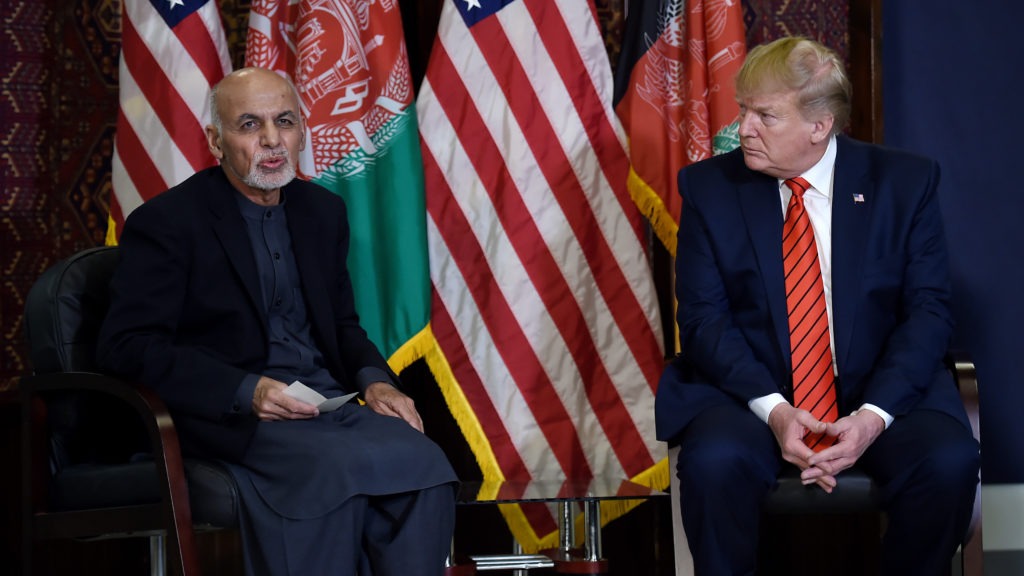 The president’s trip was his first to Afghanistan. As of Wednesday, he had still been at his Mar-a-Lago resort in Palm Beach, Fla. But he left the state using an undisclosed airport, and by around 10 p.m. Wednesday night, began the 12 1/2-hour journey to Afghanistan from Joint Base Andrews in Maryland.

At Bagram Air Field, Trump was greeted by Gen. Mark Milley, chairman of the Joint Chiefs of Staff. And when he took the stage for his brief address, he got a rousing welcome from a crowd of several thousand service men and women.

Back home, the president faces questions over his role in the firing of Navy Secretary Richard Spencer over how Spencer handled a case involving a SEAL accused of war crimes. He has also come under fire from his own party about his decision to pull U.S. troops from Syria — though some troops continue to work in Syria.

Meanwhile, Trump is also mired in an ongoing impeachment inquiry. Next week, the House Judiciary Committee will hold its first hearing on whether to pursue articles of impeachment against the president for his pressure campaign against Ukraine. Trump wanted the country to pursue political investigations, while holding up nearly $400 million in security aid.

Trump’s visit is part of a long tradition of presidents visiting U.S. troops over the holidays. President George W. Bush served Thanksgiving turkey to soldiers in Iraq in 2003, and President Obama drew cheers when he told troops there it was time for Iraqis to “take responsibility for their country.”