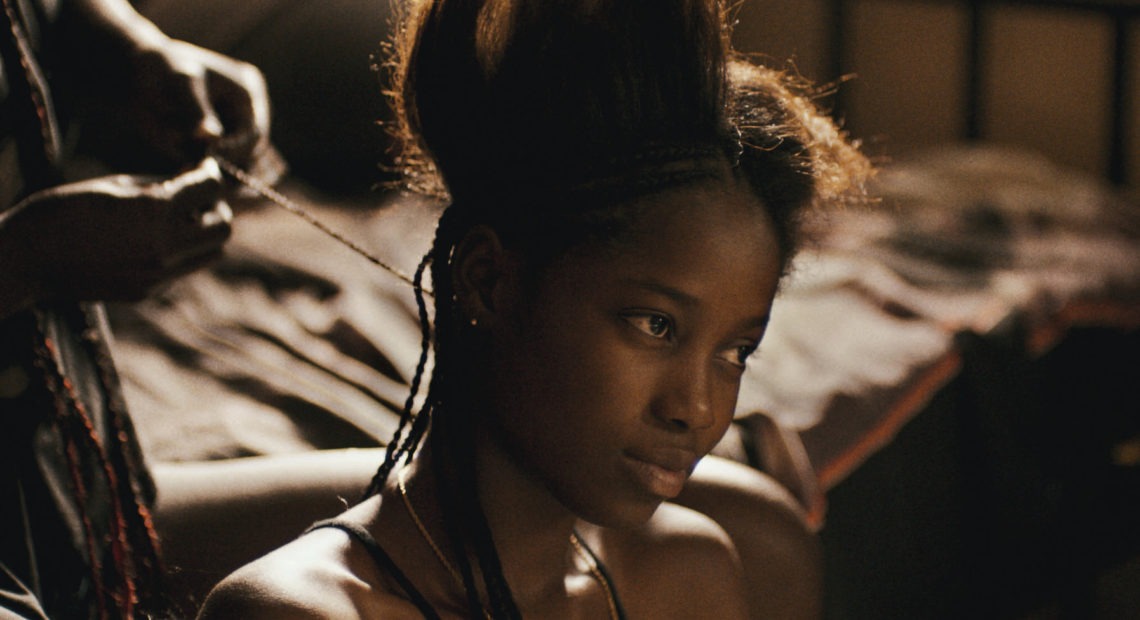 In the new movie Atlantics, a group of young men set off on a boat for Spain from the coast of Senegal. They’re fed up with their lives, and have made the fateful — and fatal — decision to sail to Europe.

But Atlantics, which won the Grand Prix at this year’s Cannes Film Festival and coming Nov. 29 to Netflix, is not a movie about them. It’s the story of the women they’ve left behind. And it’s a ghost story.

The young woman at the center of Atlantics is a teenager named Ada. She’s growing up in a conservative Muslim family in Dakar, Senegal. Her parents have arranged her marriage and planning is underway. 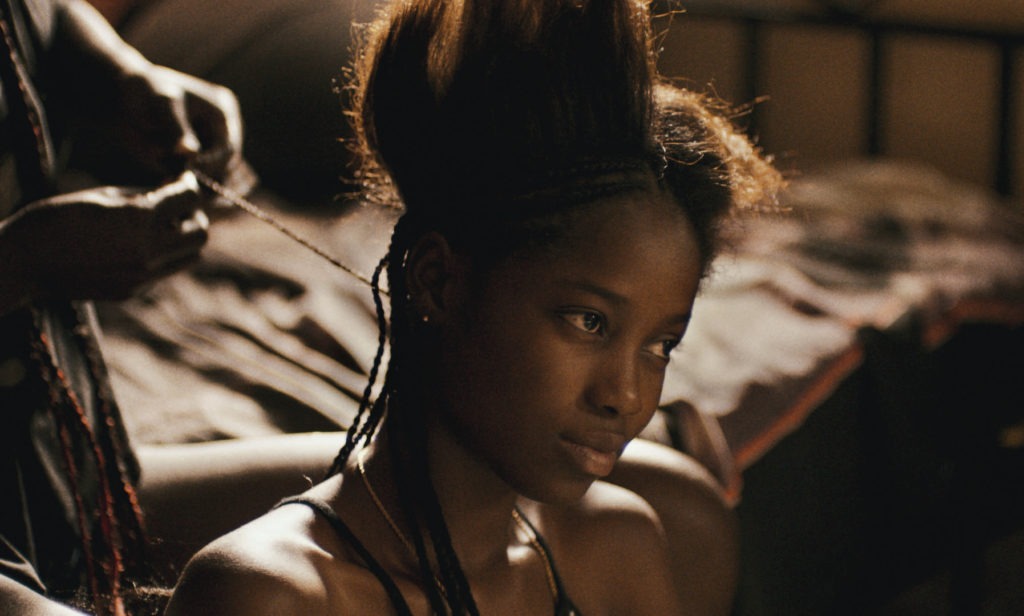 But Ada has other plans. She’s in love with Souleiman; they meet in secret, by the sea. One night Ada sneaks out of her bedroom to meet Souleiman at a bar on the beach.

“Every young people of the planet Earth go to these places on Saturday night[s],” says director Mati Diop. “And the night where Ada decides to (for the first time in her life) sneak out, when she arrives on the dance floor, she arrives on an empty dance floor because the boys are no longer here anymore.”

In the modern language of being stood up, Ada’s been ghosted — as have all the other young women waiting for their boyfriends. And in the case of this movie, ghosting is the precise word to describe what happens next.

Atlantics is a ghost story about migration. It dramatizes the stories of the young men who leave countries like Senegal in hopes of reaching Europe, and how their absence — and their loss — haunts the women they leave behind.

“When I was in Dakar in 2009, the way the boys were telling me about the crossing felt very strange to me, because I was talking to boys who were here in front of me, in flesh and bones, but who were so possessed by the idea of elsewhere that they were no longer here anymore,” Diop says. “And it’s also about a youth who disappeared in the ocean, which can be felt like a ghost generation — you know, a whole group of young people who disappeared in the ocean. And I personally — I was troubled; I was a bit haunted by that. And that’s why for me, it was always going to be a ghost film.”

Mati Diop’s seamless blend of the supernatural with this pressing global crisis has made Atlantics one of the most talked-about international films of the year. But it’s more than just an “important” story, according to film critic B. Ruby Rich. 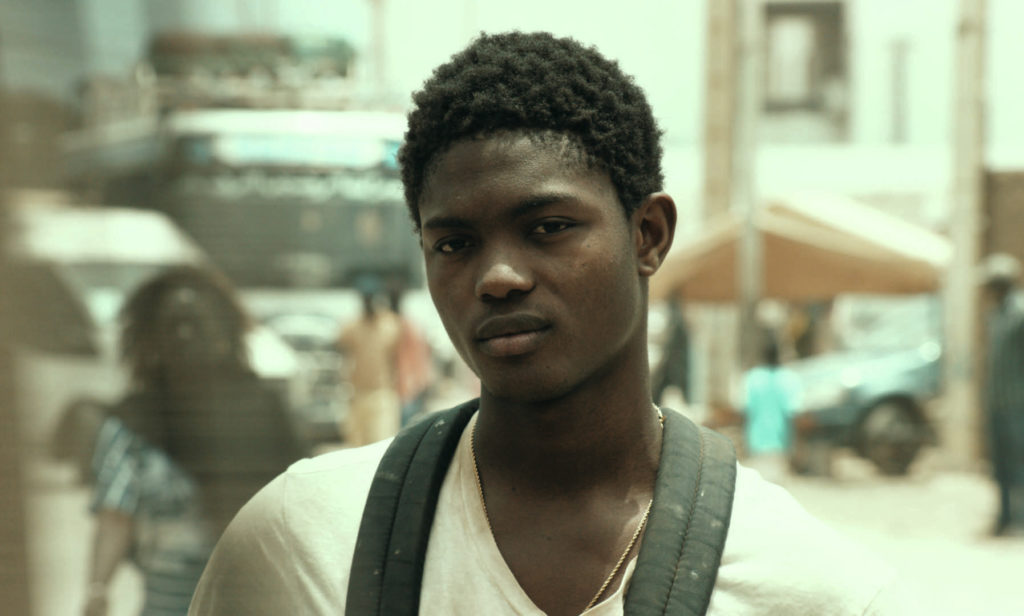 “You hear that there’s a film about Senegal, you hear that there’s a film about men drowning crossing the Mediterranean; right away you expect a certain kind of film,” Rich says. “But that’s not what this film is — not at all. No, no, no. This is a film that is about magic. It’s about good magic and black magic. … It’s about the in-between spaces, between here and there, between Europe and Africa, between those who are alive and those who are dead, between the past and the present and in a way between documentary and fiction.”

Atlantics achieves another rare feat for world cinema: It puts the lives of young African women at the center. The film is populated by first-time actors from the neighborhoods of Dakar where it was filmed.

Atlantics is the first feature film by Diop, a 37-year old French filmmaker. It is also a deeply personal film.

“The starting point of the film is quite personal,” she says. “I have a very special relationship to migration. I’m the daughter of an immigrant. And as a mixed girl, the tension between departure and coming back is quite present in me.”

Diop’s father is from Senegal and her mother is French. She grew up in a family of artists, according to B. Ruby Rich.

“Her uncle, Djibril Diop Mambéty, is a very, very famous filmmaker who went to Cannes in 1973 with his film, which has become a classic of international cinema, Touki Bouki, that won the International Critics Award there that year,” Rich says. “So [Mati Diop] has a kind of creative legacy and specifically a cinematic legacy.”

Diop made her first version of Atlantics 10 years ago as a short film. She began traveling to Senegal to reconnect with her African heritage. She says she found her voice in those journeys — and in her own French-Senegalese hyphenated identity.

“To be a mixed girl born in the ’80s is … the experience is: You already live a bit in the future, you know?” Diop says. “Because you are inside a complexity, a cultural complexity in terms of globalization. And so I think that it made me evolve, in a very dynamic, rich, complex environment.”

“All I did from my place was to work on a story that I thought was right to talk about,” she says. “That was my own challenge, dream and accomplishment. But then the fact to be the first black woman to go there — it was also sad that it was the first time this happened was in 2019.”

Atlantics awed critics and eventually won the Grand Prix at Cannes. The film was recently named Senegal’s official entry to the Oscars.

Rich, who is based in Paris, says that it’s also been embraced by audiences in Diop’s home country, France.

“The embrace of this film is genuine, and I was just thrilled to see giant posters in every kiosk,” Rich says. “Where it fits into the race politics of [France] remains to be seen. But certainly, after many years of white French filmmakers daring to make films about black bodies, it’s wonderfully on point to have someone like Mati Diop now leap to the front of the line and bring her vision of bodies and spirits to the screen.”

Atlantics will not be confined to art-house cinemas. Netflix acquired the film at Cannes, and it becomes available for streaming soon.