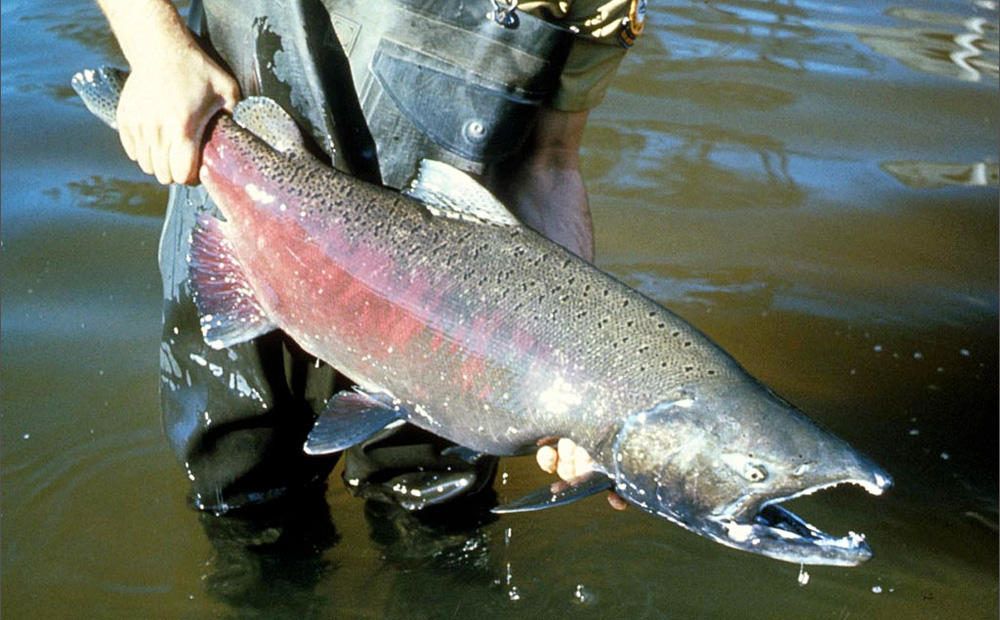 The U.S Army Corps of Engineers will be holding the Columbia River below Bonneville Dam between 11 1/2 feet and 13 feet above sea level to ensure chum salmon can spawn in Hamilton Creek.

For the increased flows to occur, water will be released more than 850 river-miles northeast of Bonneville Dam. The water is then captured and released as needed to keep the salmon redds, or nests, underwater.

“Because of the flexibility of the system, we’re able to take water from 800 to 900 miles away and move it downstream to try to help these fish, their redds or nests, stay underwater and also help them get into some spawning channels,” Bonneville Power Administration’s David Wilson said.

Called “dog” salmon because of their canine-like teeth, chum are the last salmon of the year to return to the Columbia River to spawn, and their young are the first to leave for the ocean in the spring.

Chum salmon generally spawn below Bonneville Dam in springs, small creeks and channels in the area. Warm ground water pushes up through gravel and then quickly incubates their eggs.

“What has happened over years is that their habitat has been degraded. They were overfished at one point. They went from over one million chum at their peak historic levels, to maybe a few thousand in the 1990s,” Wilson said.

The federal government listed Columbia River chum as threatened under the Endangered Species Act in 1999.

“They’re an important part of the ecosystem,” said Scott Armentrout, Bonneville Power Administration’s vice president of environment fish and wildlife. “This operation is just one of the things we do with our federal partners to support this critical species.”

The Bonneville Power Administration has led two hatchery programs and constructed new spawning habitat for chum in several areas of the lower Columbia River. In 2016, more than 45,000 chum returned and scientists said 2019 is showing signs of a good return as well.