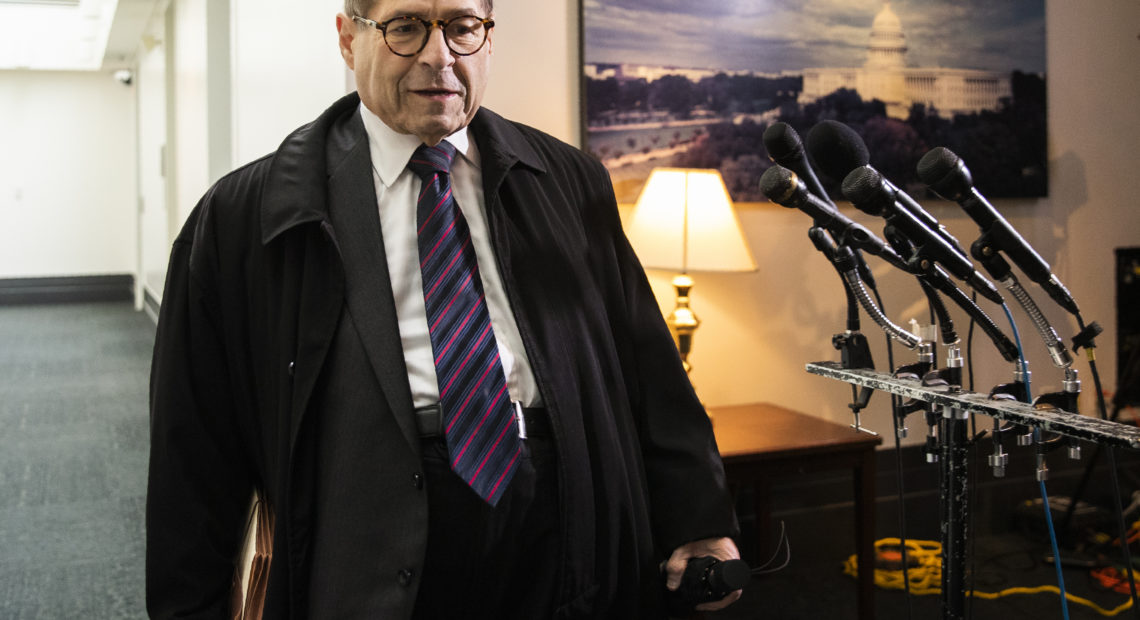 As the House impeachment inquiry moves this week from the fact-gathering stage in the Intelligence Committee to considerations of law in the Judiciary Committee, the White House says President Trump does not intend to participate in a Wednesday hearing.

In a 5-page letter released Sunday evening, Pat Cipollone, the White House counsel, declined an offer extended by Judiciary Committee Chairman Rep. Jerry Nadler, D-N.Y, for the president or his lawyers to take part in this week’s public proceeding.

“We cannot fairly be expected to participate in a hearing while the witnesses are yet to be named and while it remains unclear whether the Judiciary Committee will afford the President a fair process through additional hearings.” 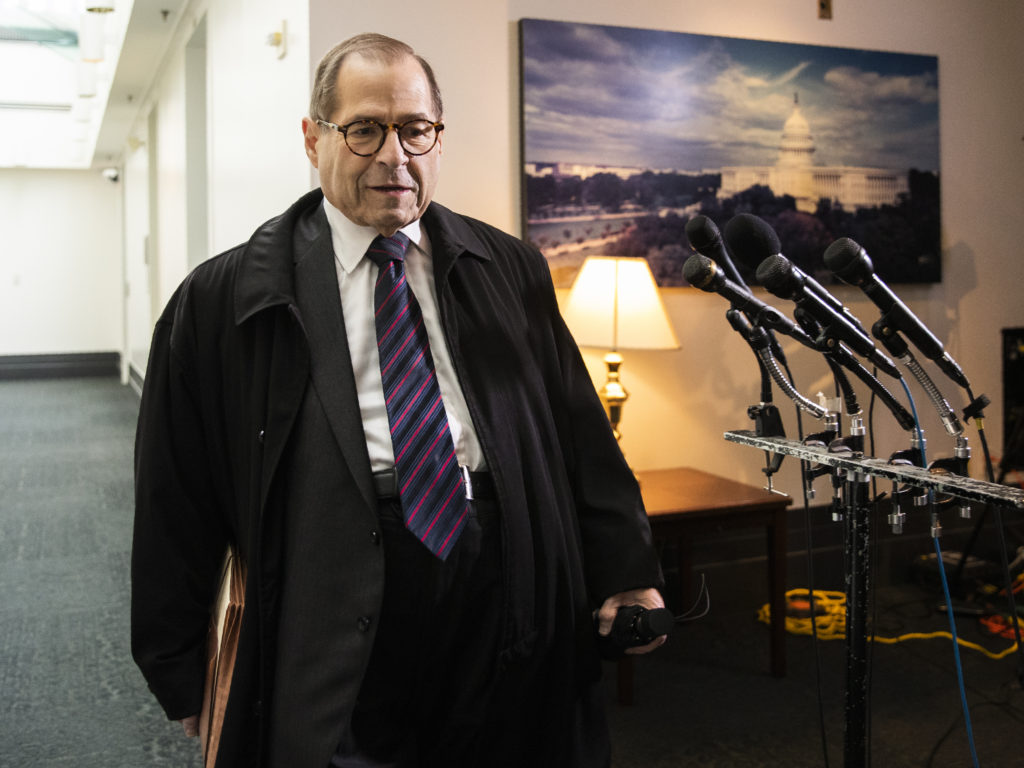 The letter only declines participation in this week’s hearing — it does not address whether Trump will change his mind and possibly be a part of future hearings.

House investigators have scheduled the first Judiciary Committee hearing for Wednesday, when a slate of constitutional scholars will discuss what makes for an impeachment offense. As set forth by Article II, Section 4 of the Constitution, a president can be removed from office after a conviction for “treason, bribery, or other high crimes and misdemeanors.”

House Republicans have also begun to preview how they intend to defend the president: knock the process as rushed, unfair and guided by anti-Trump fervor.

Rep. Doug Collin of Georgia, the top Republican on the Judiciary Committee, said he wants to question Schiff, who led the first phase of the impeachment inquiry.

“My first and foremost witness is Adam Schiff,” Collins said on Fox News Sunday. “If he chooses not to, then I really question his veracity and what he’s putting in his report. I question the motives of why he’s doing it.”

The House Intelligence Committee is set to start reviewing a report on Monday summarizing the findings of the impeachment inquiry into President Trump.

And on Tuesday, the Democratic-controlled panel is expected to advance the report to the Judiciary Committee, which could decide to draft articles of impeachment before the end of the year.

Schiff has dismissed the prospect of being a witness during the Judiciary Committee’s hearings, saying on CNN that calling him to testify would only serve to “mollify the president.” He said that Republican attempts to question him would show “they’re not serious in what they’re doing.”

This next phase of the impeachment inquiry follows two weeks of public hearings in the Intelligence Committee last month in which multiple witnesses testified about alleged efforts by President Trump to leverage $391 million in security assistance for Ukraine, as well as a White House visit sought by the country’s president, on Ukrainian authorities opening an investigation into former Vice President Joe Biden and his son, Hunter, who sat on the board of Burisma, a Ukrainian gas company.

One open question remains whether the White House will participate in the Judiciary Committee’s future hearings. The committee’s chairman, Nadler, said Trump has the right to review the evidence against him and call his own witnesses as part of a defense. Nadler has given the president a deadline of Dec. 6 to indicate whether he plans on mounting a defense.

While the White House has yet to signal whether attorneys for the president will be present during the panel’s future proceedings, the president himself will be outside of London attending a NATO summit as Wednesday’s Judiciary Committee unfolds in Washington.

Tom McClintock, R-Calif., said on Sunday said it would be advantageous for the president to have a legal team at the hearings. “That is his right,” McClintock said on ABC’s This Week.

At the same time, McClintock decried the impeachment inquiry as a politically-motivated process being pursued by the president’s enemies that lacks basic fairness.

McClintock said it is understandable that President Trump “is upset at the illegitimate process that we saw unfold in the Intelligence Committee,” calling the impeachment inquiry a “quasi-judicial proceeding.”

Collins, too, slammed the process, saying it was being rushed by Democrats.

“They want to get this president right now before everybody completely sees through the process sham of the elections for next year,” Collins said on Fox News Sunday.

Another lingering question is, if the Judiciary Committee decides to draft articles of impeachment: exactly how many will be introduced and passed and how much alleged conduct will fall within the impeachment scope? There is debate among Democrats about whether to keep the impeachment inquiry narrowly focused on the president’s dealings with Ukraine, or whether to broaden the inquiry and probe potential instances of obstruction of justice by the president outlined in Special Counsel Robert Mueller’s investigation into 2016 election meddling.

Lawyers for the House of Representatives have been battling in court to win the testimony of former White House counsel Don McGahn. Last week, a federal judge ruled that McGahn must provide testimony, but the Department of Justice is appealing the decision. McGahn’s testimony is only relevant to House impeachment investigators if they broaden their focus to obstruction of justice in the Mueller probe.

The list of desired witnesses House Democrats would like to subpoena to the committee has not been disclosed.

But Rep. Hakeem Jeffries, D-N.Y., who is a Judiciary Committee member, said on Fox News Sunday that lawmakers would like to question former National Security Adviser John Bolton, acting White House Chief of Staff Mick Mulvaney and Secretary of State Mike Pompeo, even though none of them participated in the Intelligence Committee’s hearings.

If Democrats in the House vote to impeach Trump, the president will have a trial in the Republican-controlled Senate presided over by Chief Justice John Roberts.

In order to convict the president, a two-thirds majority in the Senate is required. Reaching that tally would require 20 Republicans to side with Democrats and vote to remove Trump from office.