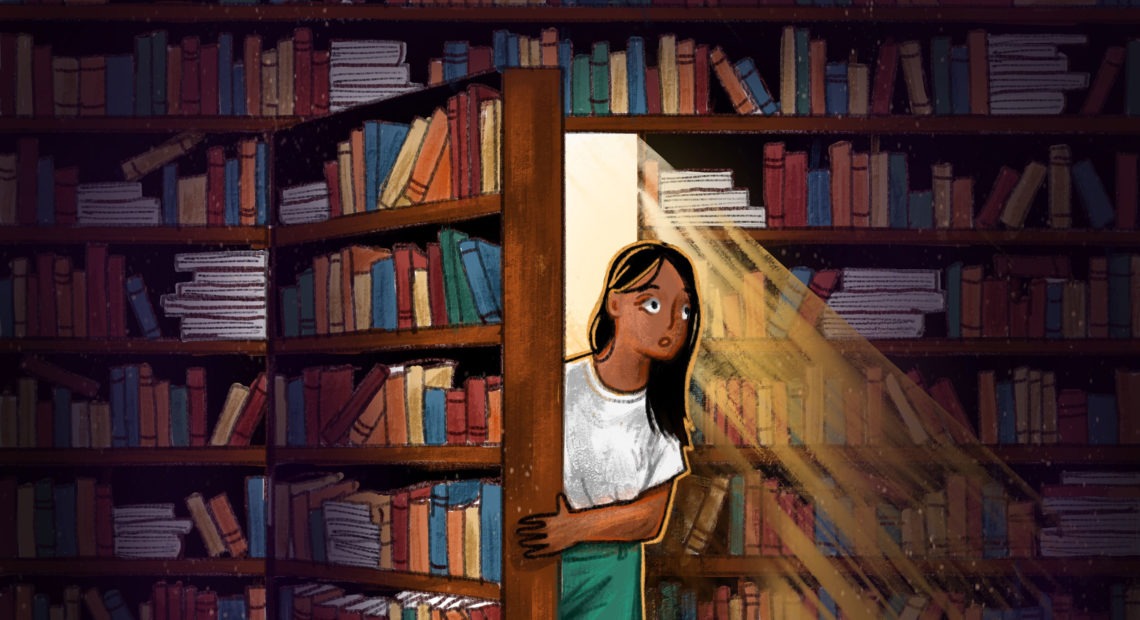 For nearly a decade, Diana Ramirez hadn’t been able to take a book home from the San Diego Public Library. Her borrowing privileges were suspended, she was told, because of a mere $10 in late fees, an amount that had grown to $30 over the years.

Ramirez, who is now 23 and stays in Tijuana with her mother, attends an alternative education program in San Diego that helps students earn high school diplomas. To her, the debt she owed to the library system was an onerous sum. Even worse, it removed a critical resource from her life.

“I felt disappointed in myself because I wasn’t able to check out books,” Ramirez said. “I wasn’t able to use the computers for doing my homework or filling out job applications. I didn’t own a computer, so the library was my only option to access a computer.” 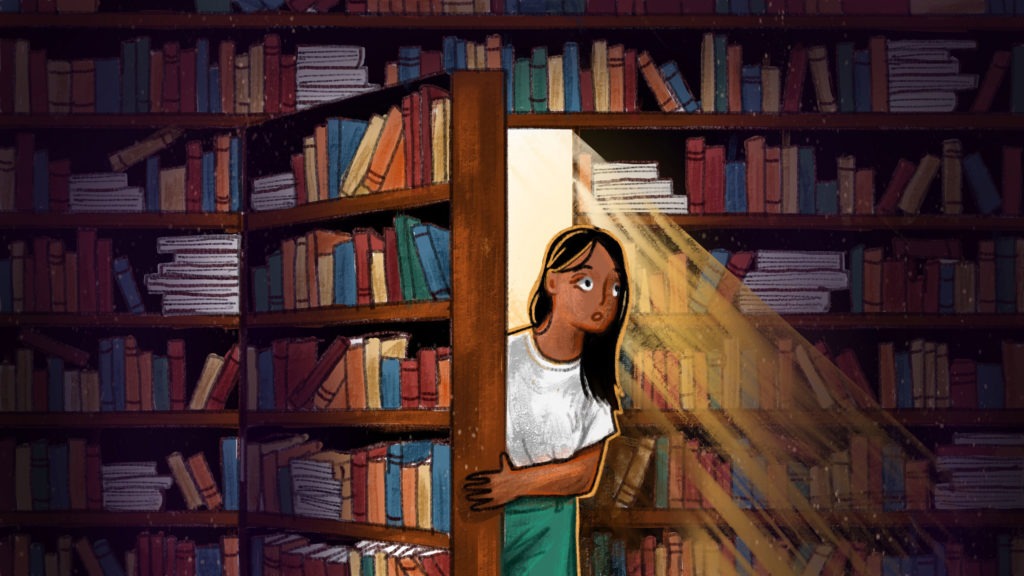 A growing number of public libraries across the country are revising their policies to eliminate overdue fines. CREDIT: Connie Hanzhang Jin/NPR

In April, Ramirez finally caught a break. The San Diego Public Library wiped out all outstanding late fines for patrons, a move that followed the library system’s decision to end its overdue fines. Ramirez was among the more than 130,000 beneficiaries of the policy shift, cardholders whose library accounts were newly cleared of debt.

The changes were enacted after a city study revealed that nearly half of the library’s patrons whose accounts were blocked as a result of late fees lived in two of the city’s poorest neighborhoods. “I never realized it impacted them to that extent,” said Misty Jones, the city’s library director.

For decades, libraries have relied on fines to discourage patrons from returning books late. But a growing number of some of the country’s biggest public library systems are ditching overdue fees after finding that the penalties drive away the people who stand to benefit the most from free library resources.

From San Diego to Chicago to Boston, public libraries that have analyzed the effects of late fees on their cardholders have found that they disproportionately deter low-income residents and children.

“A form of social inequity”

Acknowledging these consequences, the American Library Association passed a resolution in January in which it recognizes fines as “a form of social inequity” and calls on libraries nationwide to find a way to eliminate their fines.

“Library users with limited income tend to stay away from libraries because they may be afraid of incurring debt,” said Ramiro Salazar, president of the association’s public library division. “It stands to reason these same users will also stay away if they have already incurred a fine simply because they don’t have the money to pay the fine.”

Lifting fines has had a surprising dual effect: More patrons are returning to the library, with their late materials in hand. Chicago saw a 240% increase in return of materials within three weeks of implementing its fine-free policy last month. The library system also had 400 more card renewals compared with that time last year.

“It became clear to us that there were families that couldn’t afford to pay the fines and therefore couldn’t return the materials, so then we just lost them as patrons altogether,” said Andrea Telli, the city’s library commissioner. “We wanted our materials back, and more importantly, we wanted our patrons back.”

The Chicago Public Library started looking at data that showed socioeconomic disparities within its system. Telli said low-income communities had more overdue fines than some of the more affluent neighborhoods of Chicago. It wasn’t that Chicagoans in poorer areas were necessarily racking up more fines, she said, but rather, those patrons were unable to pay the overdue balances.

According to Chicago Public Library’s internal analysis, some 30% of people living on the South Side of Chicago couldn’t check out materials because they had reached the $10 fine limit for overdue materials. That ratio, however, dropped roughly 15% among cardholders on the more affluent North Side. Nearly a quarter of blocked accounts belonged to children under 14.

Having library fines stand in the way of people searching for jobs and social services “just seemed counterintuitive to us,” Telli said.

The end of personal responsibility?

The fine-free movement isn’t without its detractors. Mark Mitchell, a longtime user of Baltimore’s Enoch Pratt Free Library, which eliminated fines last summer, worries that the end of fines removes the incentive to return library property.

“It encouraged me to return the books or the DVDs in a timely fashion rather than just keep them,” said Mitchell, who restores antique clocks and lives two blocks from a Pratt library branch. “As it stands now, you won’t be fined and you can return the DVD — or the book, or what have you — more or less whenever you want, I guess.”

Mitchell acknowledged that some people are not able to easily return books on time, but fears libraries will be shortchanged.

“The library deserves as much money as it can muster,” he said.

Some libraries have taken that philosophy to extremes. In November, a woman in southern Michigan faced criminal charges and possible jail time for not returning two books to the Charlotte Community Library.

After a national outcry, prosecutors dropped the charges. While library advocates say there is a real difference between fine forgiveness and failing to return a book, the case underlines the tensions libraries face between balancing patron accommodation and the need for deterrence.

And add this complicating factor to the equation: The fact that many libraries can’t afford to collect most of the fines they’re owed. This month, Boston Public Library joined the 5% of public libraries to stop charging minors late fees after a year of receiving just 10% of its nearly $250,000 owed from those under 18.

And in San Diego, officials calculated that it actually would be saving money if its librarians stopped tracking down patrons to recover books. The city had spent nearly $1 million to collect $675,000 in library fees each year.

In some public library systems, dropping fines is part of a larger policy of moving away from a punitive model. Chicago’s cardholders have seven days past the due date to return items before their card is blocked from use. In the case of lost materials, patrons must pay to replace the book or provide a new copy of the same edition.

“We’re really putting the focus on the physical object that needs to come back to the library rather than the revenue stream — that really wasn’t a revenue stream,” Telli said.

Some libraries have successfully lured back patrons by offering fine-forgiveness days. During a 2017 amnesty campaign in San Francisco, the public library recovered nearly 700,000 of its items over six weeks and restored the accounts of more than 5,000 patrons. The recouped materials included a long-lost copy of F. Hopkins Smith’s Forty Minutes Late — which, despite its title, was a century overdue.

Back in San Diego, Ramirez is putting her renewed library card to use.

She has secured a job working events at the Petco Park baseball stadium after using the library computer to apply for the position. And she now frequents the library a few times a week for book talks or to check out works of young adult fiction.

Maybe one day, Ramirez hopes, other patrons will be checking out books that she herself wrote. She aspires to become a young adult novelist. But first, she wants to go to college — a dream inspired by the many pages she has turned among the library stacks.