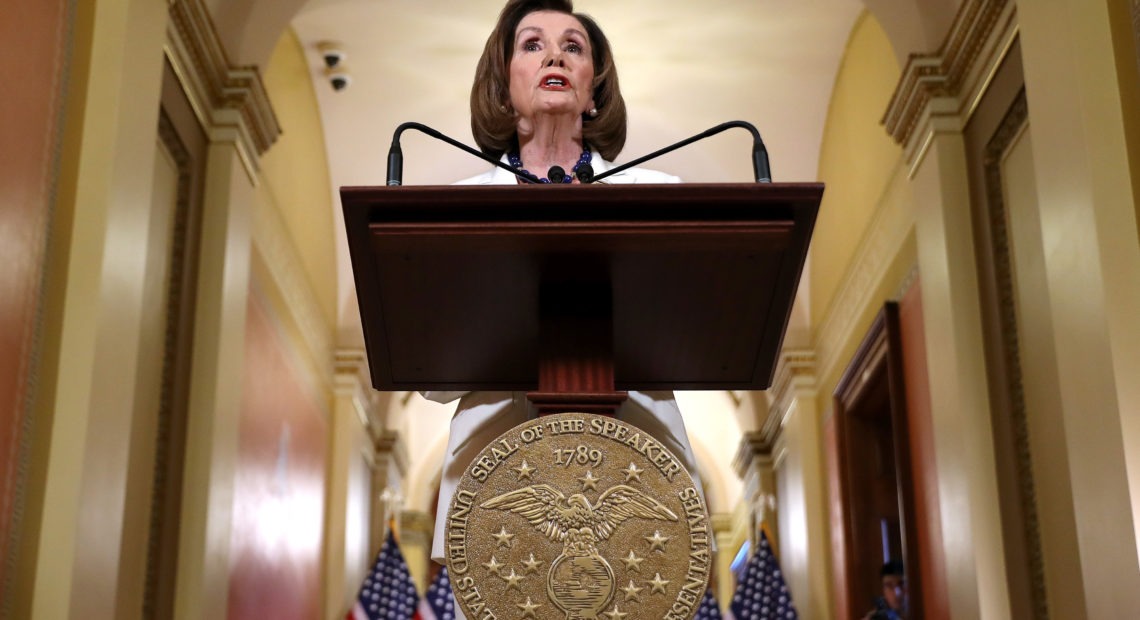 House Speaker Nancy Pelosi, D-Calif., announced Thursday morning that House Democrats will move ahead with drafting articles of impeachment against President Trump, though she did not define the scope of those articles.

“His wrongdoing strikes at the very heart of our Constitution,” Pelosi said, referring to Trump’s efforts to pressure Ukraine to investigate political rivals while hundreds of millions of dollars in military aid were on hold earlier this year.

The House Judiciary Committee meanwhile announced it will hold a hearing on Monday to hear “presentations of evidence” from the staff attorneys on the Judiciary and the Intelligence committees. 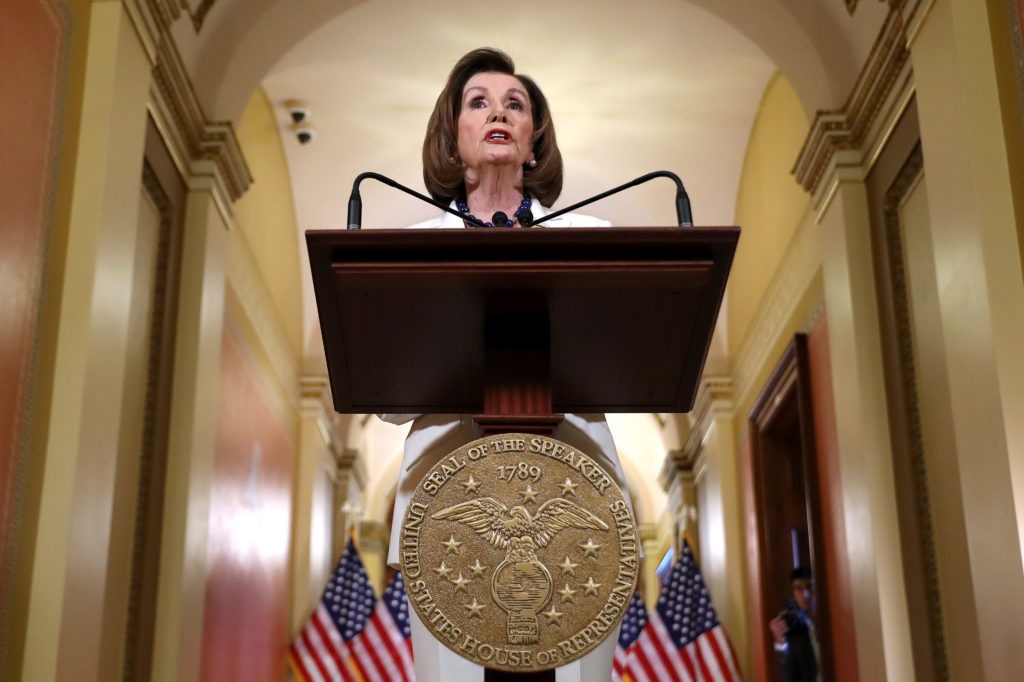 House Speaker Nancy Pelosi, D-Calif., announced at the Capitol on Thursday that the House is drafting articles of impeachment against President Trump.
CREDIT: Chip Somodevilla/Getty Images

In a later news conference, Pelosi reacted angrily to a question about whether she hates the president. “As a Catholic I resent your using the word ‘hate’ in a sentence that addresses me,” she said. “I don’t hate anyone.” She added, “I pray for the president all the time. So don’t mess with me when it comes to words like that.”

Trump responded on Twitter, saying Pelosi had “a nervous fit.” As to her statement that she prays for the president, Trump said, “I don’t believe her, not even close.”

In her earlier remarks from the Capitol on Thursday morning, Pelosi said the president “leaves us no choice but to act because he is trying to corrupt, once again, the election for his own benefit.” She said Trump “has engaged in abuse of power, undermining our national security and jeopardizing the integrity of our elections.”

Pelosi continued, “Sadly, but with confidence and humility, with allegiance to our Founders and our heart full of love for our America, today I am asking our chairmen to proceed with articles of impeachment.”

The chairs of the House Judiciary, Foreign Affairs, Intelligence and Oversight committees have been leading the inquiry.

Watch her full announcement about moving toward articles of impeachment here.

White House press secretary Stephanie Grisham responded to Pelosi’s announcement on Twitter, indicating that the White House is focused on the next stage of the impeachment process — a Senate impeachment trial.

Trump campaign manager Brad Parscale said in a statement, “We are less than a year away from Election Day 2020 and Democrats can’t possibly explain to the American people why they want to take the decision of who should be president out of the hands of voters.”

House Minority Leader Kevin McCarthy, R-Calif., said Pelosi has “weakened this nation” with her impeachment announcement, and Sen. Lindsey Graham, R-S.C., issued a statement saying, “Salem witches got better deals than this.” He accused the speaker of “living in fear of the Squad,” the name given to four liberal female members of the House.

Members of Pelosi’s caucus met behind closed doors on Wednesday, ahead of the first impeachment hearing in the House Judiciary Committee. That panel heard from constitutional scholars, who gave their assessments of whether President Trump’s efforts to get Ukraine to investigate political rivals met the level of impeachable offenses.

Democrats have disagreed over the scope of eventual articles of impeachment, whether they should be narrowly drafted to focus on the Ukraine scandal or whether they should be broadened out to include findings of former special counsel Robert Mueller’s investigation of Russian interference in the 2016 election and possible obstruction of that investigation by President Trump.

The White House declined to take part in the House Judiciary hearing, while continuing to complain that Democrats have not provided ample opportunity to defend the president. Senate Republicans met with members of the White House staff on Wednesday to plot strategy for a possible Senate trial that would follow a House vote approving articles of impeachment.

Trump tweeted ahead of Pelosi’s statement. “The Do Nothing Democrats had a historically bad day yesterday in the House. They have no Impeachment case and are demeaning our Country,” he wrote in part. The president also urged Democrats to move quickly on impeachment “so that our Country can get back to business.”