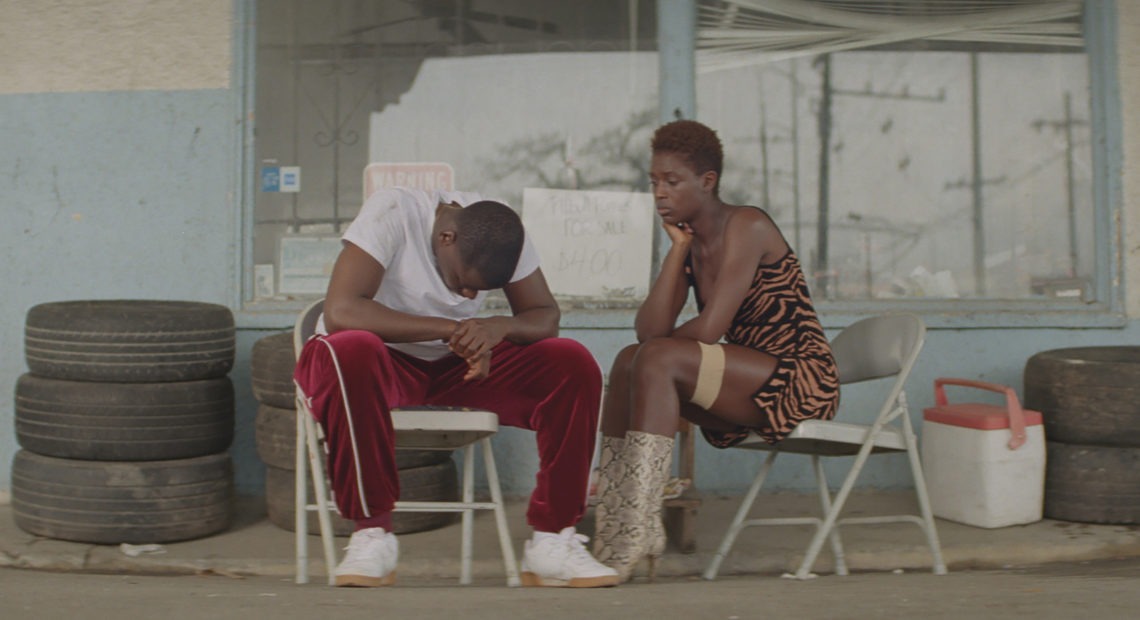 In her debut feature film, screenwriter Lena Waithe has written an odyssey set in the Black Lives Matter era.

Queen & Slim is about an African American couple on the run after a routine traffic stop gone wrong. They kill a white police officer in self-defense, and rather than entrust themselves to the U.S. criminal justice system, they flee.

The movie plays out over much of the United States. It explores, on a bigger scale, a lot of the themes that Waithe writes about in The Chi, her Showtime series set in South Side Chicago. In an interview, she calls this film a “meditation on blackness.” 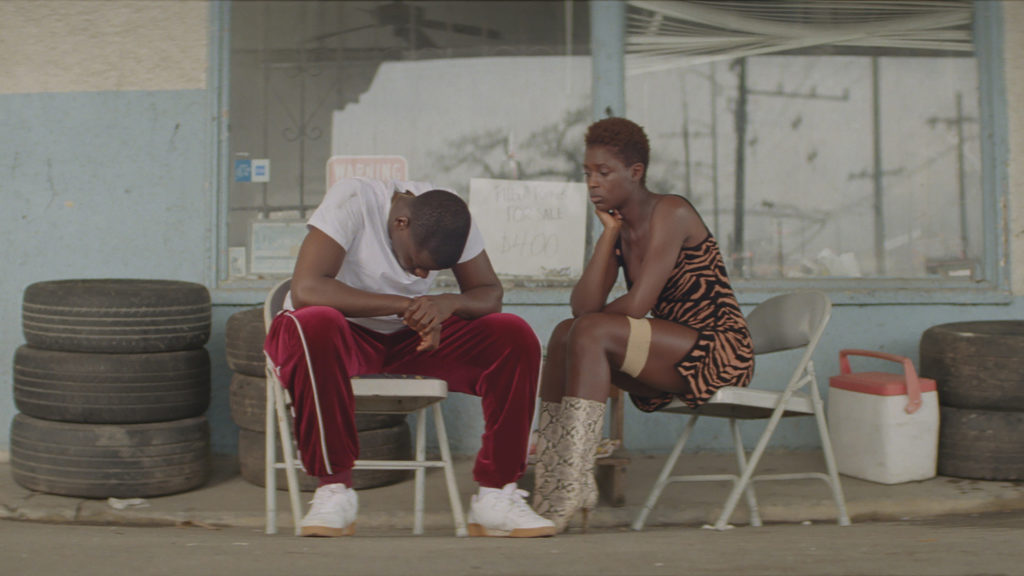 Slim (Daniel Kaluuya) and Queen (Jodie Turner-Smith) are on the run in Queen & Slim, directed by Melina Matsoukas with a screenplay from Lena Waithe. CREDIT: Andre D. Wagner/Universal Pictures

“The movie is sort of a result of every conversation that I’ve ever had with every black person I’ve ever met,” Waithe says. “And also, it’s an observation too, on our community: who we are, how beautiful we are, how complex we can be and how we are resilient. And sometimes we’ll do whatever we have to do to survive. But yeah, it’s really just this thing that came out of me, out of my body, that I needed to get off my chest — but it was really like a hug I wanted to give black people.”

On writing the traffic stop scene

Daniel Kaluuya [who plays Slim] said something to me very interesting … “Sometimes a black person respecting themselves can be read by a white person as disrespectful.” And he said that to me the other day, and I thought: Whoa, that is so interesting. Because a big road map that I used for that scene, that I wrote a bajillion times again and again and again until I finally felt like I got it right, was Sandra Bland’s dashcam footage. And it is horrifying to listen to, but here’s the thing: It’s not this really loud interaction. There’s not yelling or screaming or anything. …

There’s a turn that I noticed in that footage that’s very subtle — if you’re not paying attention, you don’t catch it. But it was the turn that I needed to help me figure out the scene, was that he asks her to put her cigarette out. And she makes a valid point. She says, “Is it illegal for me to smoke a cigarette in my own car?” He says, “No, it’s not, but I’m asking you to put the cigarette out.” She says no.And then instantly: “Step out of the car. Step out of the car. Get out of the car.” And that’s the turn. And to me, it was as if he felt disrespected. He felt like his authority wasn’t being respected or being honored or being valued. And obviously, that is the difference between life and death. 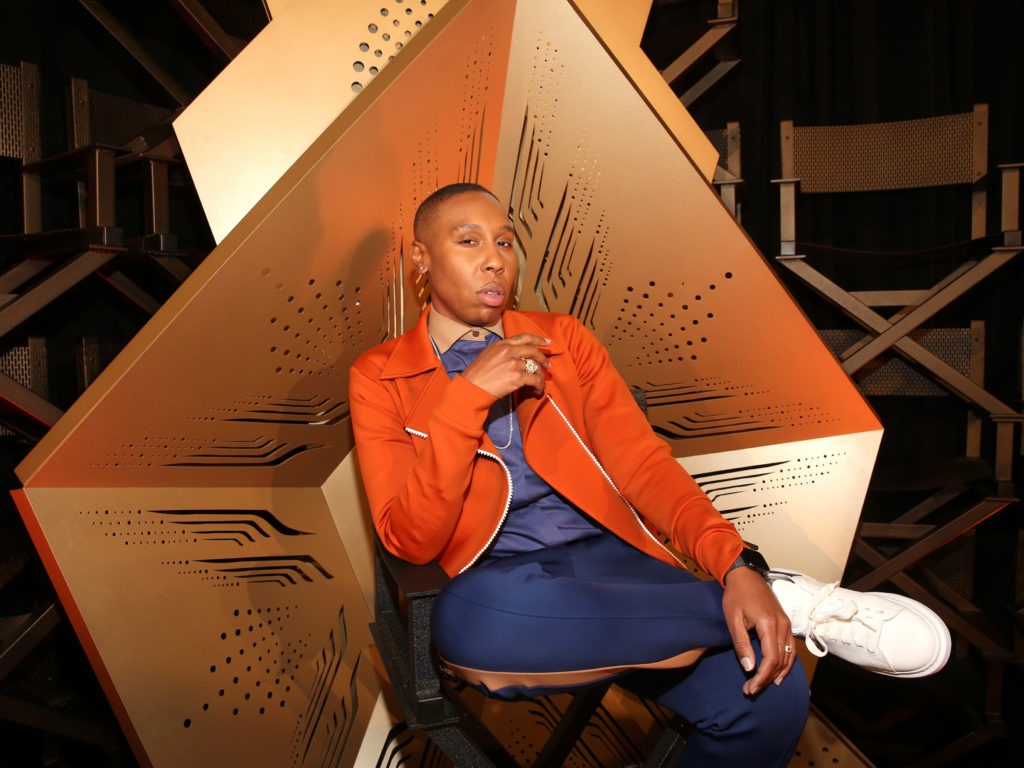 And so for this scene, he just asks — it’s cold, and mind you we were in Cleveland, Ohio, it was freezing, we were there for a polar vortex … and the line was just, “Can you please hurry up?” And then Daniel added, “Because it’s cold.” Because it was freezing. And I knew, I said: Yeah, that could be the turn. And even on the page, I say: In an instant, it goes from 2019 to 1968. …

That is our fundamental issue, I think, between black people and police. The police want us to bow down and respect them. But also: Respect has to be earned. You’ve got to treat me like a human being.

On Queen and Slim being recognized as outlaw heroes

Waithe: I think, because our history as black people with the police has been so turbulent, so violent, a lot of people point to Rodney King, which is a clear example of police brutality. But then you could also go back to the civil rights movement. Who was it that was hosing down college students; who was it that was sicking dogs on them, beating them with batons? It wasn’t just crazy racist white people, it was the police. …

So that is why I said if two black people ever killed a police officer, in self-defense or not, I knew that there would be pockets of the black community that would look at them and applaud, whether it’s right or wrong. There’d be some black people that would think that was extremely irresponsible.

King: You have characters say that too. You have a character who at one point says, “What you did was wrong. It gives the cops now an excuse to shoot us.”

Waithe: Correct. But then somebody could argue: “Since when do they need an excuse?” … What Queen and Slim represent are the two different ways black people can behave when they get pulled over by a police officer.

Or you can say: May I ask why I was pulled over? May I see your badge number? Let me speak to the person above you. No, you may not search my car without a warrant.

You’ve got to decide. Who do you want to be that day?

On writing a road-trip odyssey

I’d also write beautiful scenery, fields, trees, because I’ve been on a couple long road trips, and that always happens when you get out of a city. When you’re in between cities, it’s just, like, land for as far as the eye can see. … You just feel like: You’re out on the open road. And you don’t care what’s behind you. You’re excited to see what’s in front of you. And you just feel — it’s freeing. And that’s the thing, too, it’s like: America is beautiful. But it’s also ugly — you know, underneath the surface, because of our history and, you know, what we’ve done to each other.

And that’s why I really love the exchange when he says, “Man, it’s beautiful out here” because he’s never been this far out of Cleveland, Ohio; he’s never done that. But then what do you see? Which is also a real thing: You see prisoners working the land. Which is just a real thing, which I’ve seen on long road trips and it freaks me out. I understand it, you know; I understand that part of the system, but it feels like modern-day slavery. … Nothing’s more American than that. A beautiful road and trees and grass — and then, of course, black and brown bodies working the land. …

Sydney Harper and Vince Pearson produced and edited this interview for broadcast. Patrick Jarenwattananon adapted it for the Web.