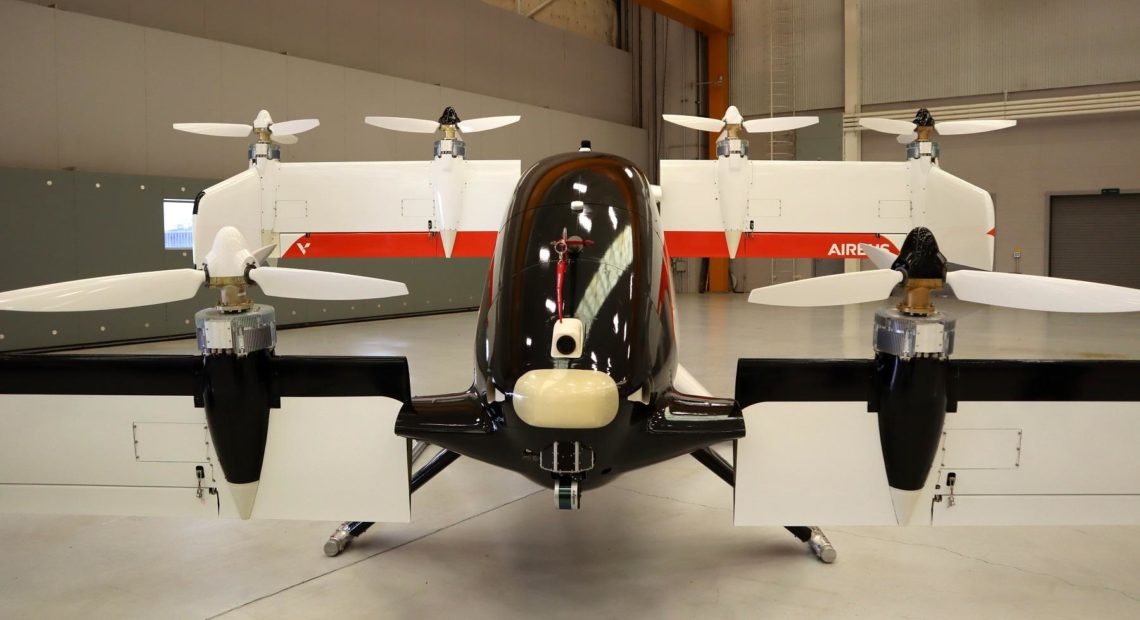 Robo Air Taxi Testing Wraps Up At Pendleton Airport, And Airbus Moves On

Airbus has wrapped up flight testing of a pilotless air taxi in eastern Oregon skies and is moving on. The global aerospace company, along with its rival Boeing and many others, is striving to make flying cars an option for your urban commute someday.

Airbus completed 138 flights with an electric, single-seat shuttlecraft at the Pendleton Unmanned Aerial Systems Range. The farthest distance the battery-powered, self-flying prototype traveled on a single charge was 27 miles and the longest duration flight lasted about 20 minutes.

“In the end, we couldn’t be more proud of the stats we put up on the board with this project,” said Zach Lovering, vice president for urban air mobility systems at Airbus, in a blog post.

Lovering said the eight-rotor, tilt-wing design named Vahana achieved its primary goals of demonstrating the viability of a passenger drone.

“We surpassed the range we were expecting from the beginning,” Lovering told public radio in an interview Friday. “So, it does show this kind of configuration works and you actually can do some interesting things with electric propulsion today.”

Lovering said additional important breakthroughs were achieved in validating autonomous detect-and-avoid systems against birds or other aircraft in the air and potential obstacles in the landing zone.

There was no human on board for any of Vahana’s test flights. In Europe, the company continues to flight test a larger robo air taxi with a different rotor configuration dubbed CityAirbus.

The lessons from both aircraft development programs will be combined into a new iteration that could be the precursor for series production. Lovering said the design work on that higher capacity, next generation model is already underway.

Lovering told public radio he would not be surprised if one of the dozens of other aerospace companies and startups working on urban air mobility begins commercial passenger service before Airbus. He said his company is proceeding methodically to protect its reputation for safe and robustly designed aircraft. Lovering projected a mid-to-late 2020s timeframe for the release of a vehicle that consumers could board.

Lovering has previously stated a goal to provide on-demand, crosstown air travel in large, congested urban areas at a price that is competitive with a taxi ride on the ground. Airbus named its prototype Vahana in an allusion to Hindu mythology and flying carpets.

Airbus is one of the highest profile customers to be lured to Pendleton’s city-owned airport and UAS test range. Lovering estimated the company created four to six temporary, full-time jobs at its Pendleton hangar, along with bringing waves of technicians and contractors from other locations as specialized skills were needed.

Pendleton test range manager Darryl Abling said there were no mishaps in the air or on the ground during Vahana’s nearly two-year flight test campaign.

“We are thrilled that we were a part of it and that we were able to work with them on a very successful flight test program,” Abling said in an interview Friday.

“In the last six months or a year, it’s been performing pretty incredible movements,” Pendleton airport director Steve Chrisman said in regard to the experimental aircraft. “It really hammered home just what a reality The Jetsons are and what our future skies are going to look like.”

This fall, the city broke ground on a publicly-financed unmanned aerial systems industrial park adjacent to a dedicated runway at the airport. The goal is to bring more drone business and high-tech jobs to the uncongested skies of northeastern Oregon.

Lovering, Abling and Chrisman all said one of their lasting memories of the Vahana project would be the maiden flight of the stubby aircraft in Pendleton on January 31, 2018. The flight testing concluded last month after racking up 13.4 hours of total flight time.

Airbus built two prototypes with the tilt-wing Vahana design. Only one of them flew. The second exemplar was displayed at air shows and trade shows on both sides of the Atlantic to promote Airbus’ ideas for urban air mobility. Lovering said Airbus plans to keep at least one of the Vahana models for display at its Silicon Valley outpost.

For its part, Boeing is testing a two-seat robo air taxi developed by its Aurora Flight Sciences subsidiary. The Boeing electric vertical-takeoff-and-landing (eVTOL) prototype made its maiden flight in January and is undergoing further refinement at the Manassas, Virginia, airport.

The Federal Aviation Administration still needs to define how it will certify this new class of passenger-carrying aircraft. Separately, governments and aircraft makers are pouring millions of dollars into air traffic control studies. One of those trials will unfold over the inland Northwest next year, using unmanned drones provided by defense contractor PAE ISR. 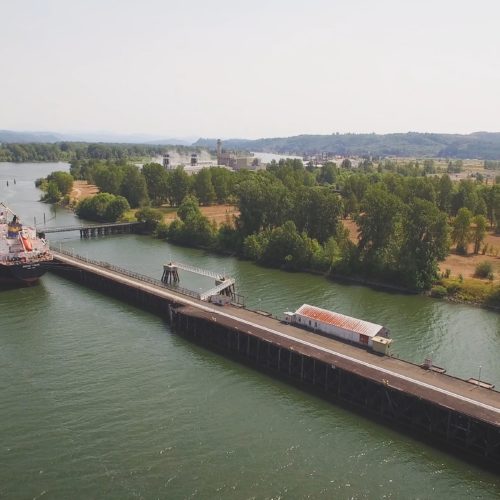