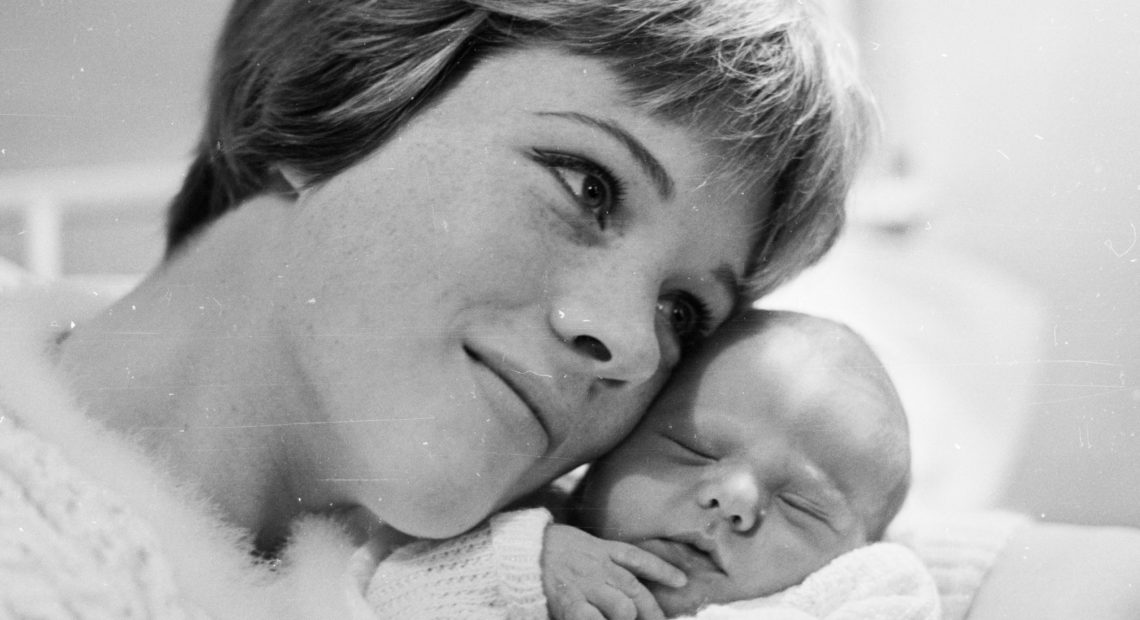 When Mom Is Mary Poppins: Julie Andrews Writes Memoir With Her Daughter

Actor Julie Andrews was finishing up a run in Camelot on Broadway in 1962 when Walt Disney offered her the starring role in his upcoming live action/musical, Mary Poppins.

Andrews was flattered — but she was also newly pregnant. She told Disney she’d have to pass on the role because of the timing, but he promised to wait for her — and he did.

“Nine months later or ten months later — when Emma was born — my first husband, Tony Walton, and I traveled to Hollywood and were welcomed into the heart of the Disney studios,” Andrews says.

Andrews began filming Mary Poppins when her daughter, Emma, was just a few months old. Emma Walton Hamilton says one of her earliest memories is seeing a life-sized promotional poster for the movie in a department store — and pointing it out to her own nanny.

“I remember … saying, ‘Look, there’s mommy!’ And then suddenly becoming aware of two women who were shopping in the department next to us, saying to one another, ‘Isn’t that sweet? That little girl thinks her mother is Mary Poppins,’ ” Hamilton says. “That was the first time I understood that my mom’s job was perhaps a little different.”

Andrews looks back on her early life in Hollywood in the new memoir, Home Work, which she co-wrote with Hamilton. It’s the 32nd book that the mother and daughter duo have written together. 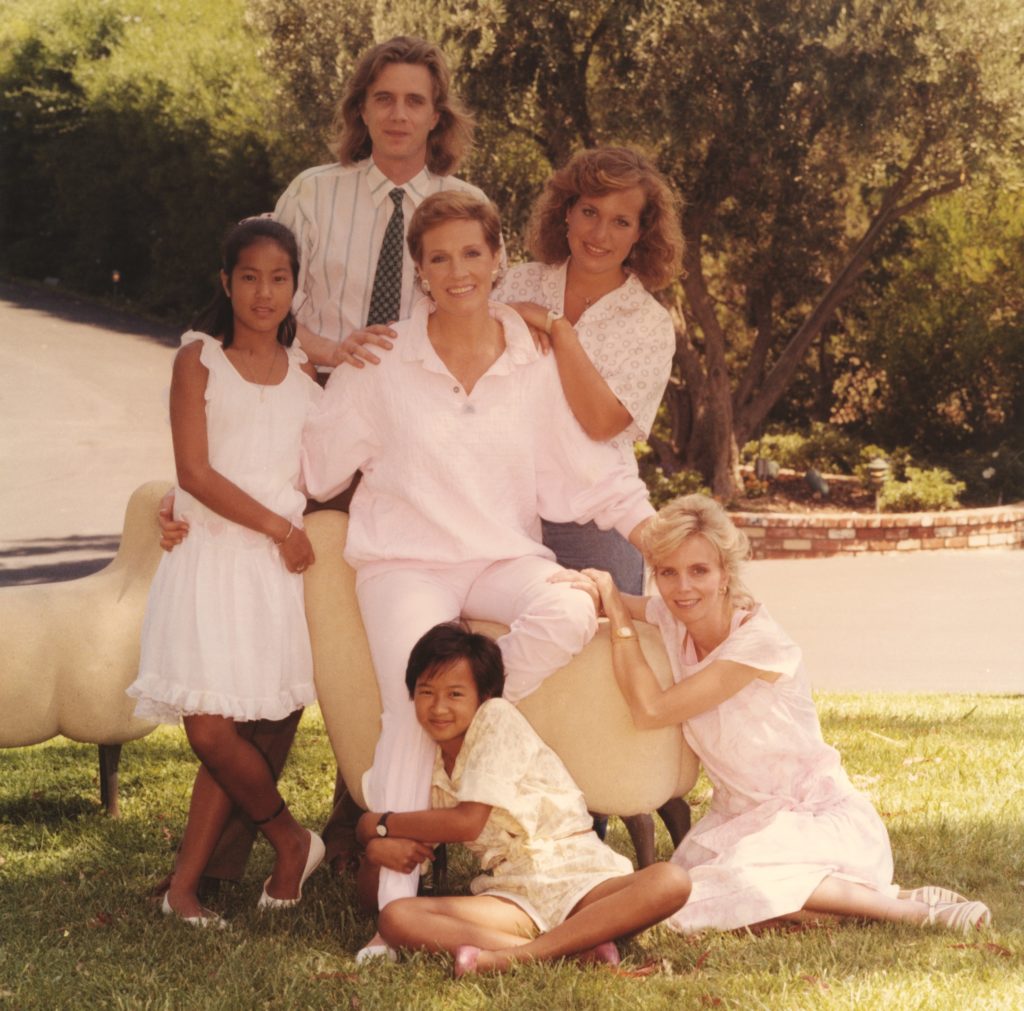 Andrews (center) poses with her children and step-children. Standing from left: Amelia, Geoff and Emma. Seated from left: Joanna and Jennifer. Courtesy of Hachette

“We had no idea that we’d be compatible,” Andrews says of her writing partnership with her daughter. “When we do work together, the best idea wins. … We have different strengths.”

Hamilton agrees: “I tend to be the more structure-oriented [person]. … She comes in with the wonderful surprises and the whimsy.”

Hamilton: It was sometimes difficult to share her. We would be out and about and maybe having dinner in a restaurant or out at a playground or something, and people would approach and want an autograph, and it was my time with her. And I always felt a mixture of protective of her and and also not wanting to share her, wanting my private time with her.

On Andrews being a working performer since childhood

Andrews: I was just a stage brat. And I think one of the reasons I really enjoy it when I’m working [is] because I’ve worked my entire life, I mean, to the point where I really wasn’t attending school. I had to have a tutor that came and worked with me. But I would love to have attended university. I had a very sort of rarified and rather pitiful education in a way. My mother said to me, “Oh, you’ll get a much better education from life out there.” And to a certain extent I did. But I was always scrambling to catch up on history or things that really fascinated me.

On flying in Mary Poppins

Andrews: The thing about the film is that, these days, special effects like flying and so on is so much easier than they were in the days when I made Mary Poppins. But I defy anyone to spot any of the tricks that Disney employed to make the movie and the special effects work. Yes, there was a lot of flying. Sometimes I was on a giant teeter totter, as you call it, a big seesaw. Sometimes I was at the top of a ladder and had clouds around me and many other things. It was very interesting and new to me. But the flying harness was … very painful. And I would be fairly high up in the studio and hanging around for quite a long time. But it was pretty scary. And thank heavens I was perfectly alright.

Andrews: I was very fortunate in the sense that I survived all that. But there was a lot that I needed to sort out in my head. … The failure of my first marriage … hurt a lot, and I wasn’t sure about anything. The wonder is that my wonderful therapist suddenly realized that what I craved, probably more than anything, was an education. And so being a Merlin-like personality, he decided to give me one. I got so many answers in terms of some of the things in life that I needed to learn. And it was a phenomenal experience for me.

On transitioning from singing to writing

Andrews: I had had an operation on my vocal cords, which was, frankly, a disaster. I mean, it led to the fact that I unfortunately was left unable to sing and that was pretty devastating for me. I thought that my voice was my only identification, really. I lived through singing and for my singing and thought that was all I was, was somebody who could do that and knew about it, loved it. So not having a singing voice left me …. I was very bemused and depressed and I thought, I’ll go crazy if I don’t think of something to do that will keep me occupied. I always have to do something. 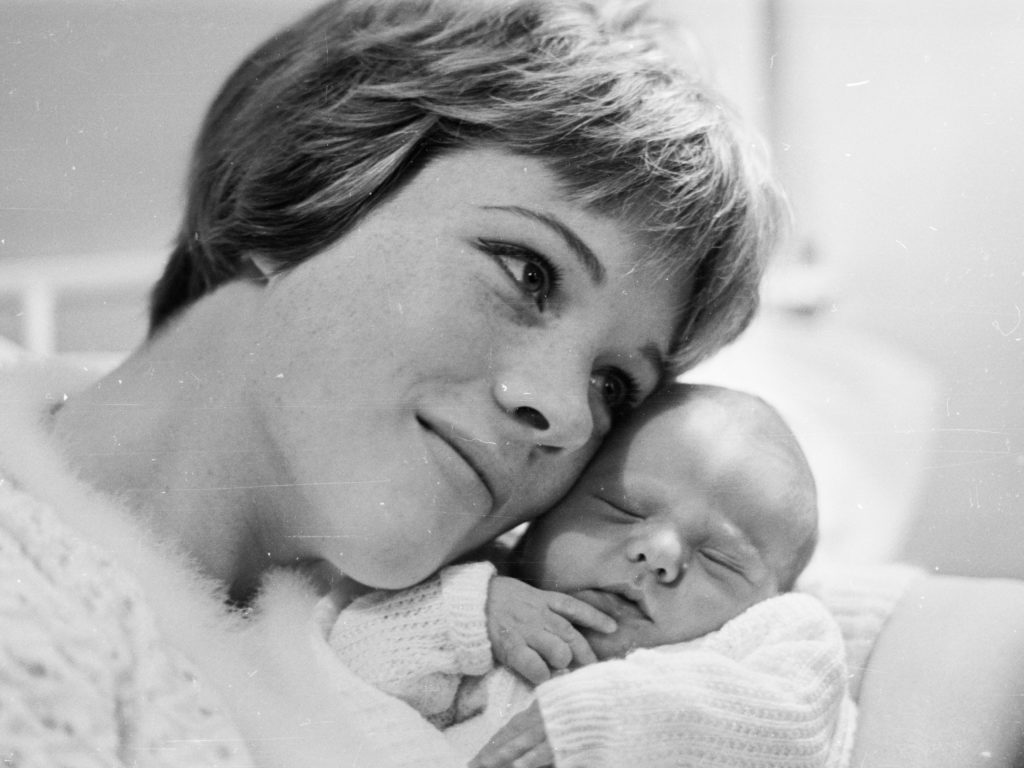 On making friends when your mom is Julie Andrews

Hamilton: We moved around a lot because of her work taking her to various different parts of the world. … So as a result, I went to a number of different schools. I think I went to about seven different schools over the course of my childhood. … I finally found that if people found out who my mother was, they would tend to sort of want to be friends in order to get an invite over to the house, that kind of thing. So I learned to hide behind the name Walton, which was my maiden name and is my father’s name, for as long as I possibly could, so as to cultivate, hopefully, some real friendships.

On their blended family

Hamilton: I have the unusual experience of having occupied every position on the birth order chart at some point in my life, because when my parents were married, I was the only child and I still am the only child for both of them. But when they remarried, their new spouses brought stepchildren with them, respectively. And so I became the youngest in my mother’s family to my older stepbrother and stepsister, and the eldest in my father’s family to my younger stepsister, and then they adopted. Blake and my mother adopted my two sisters from Vietnam and I became the middle child. So, I’ve been the eldest, youngest only and middle.

Andrews: She weathered it all with such a generous heart. I simply don’t know how she managed, but she did. Again, it was what it was: Chaotic, loving, crazy, wonderful, terrible.

Lauren Krenzel and Seth Kelley produced and edited this interview for broadcast. Bridget Bentz, Molly Seavy-Nesper and Beth Novey adapted it for the Web.