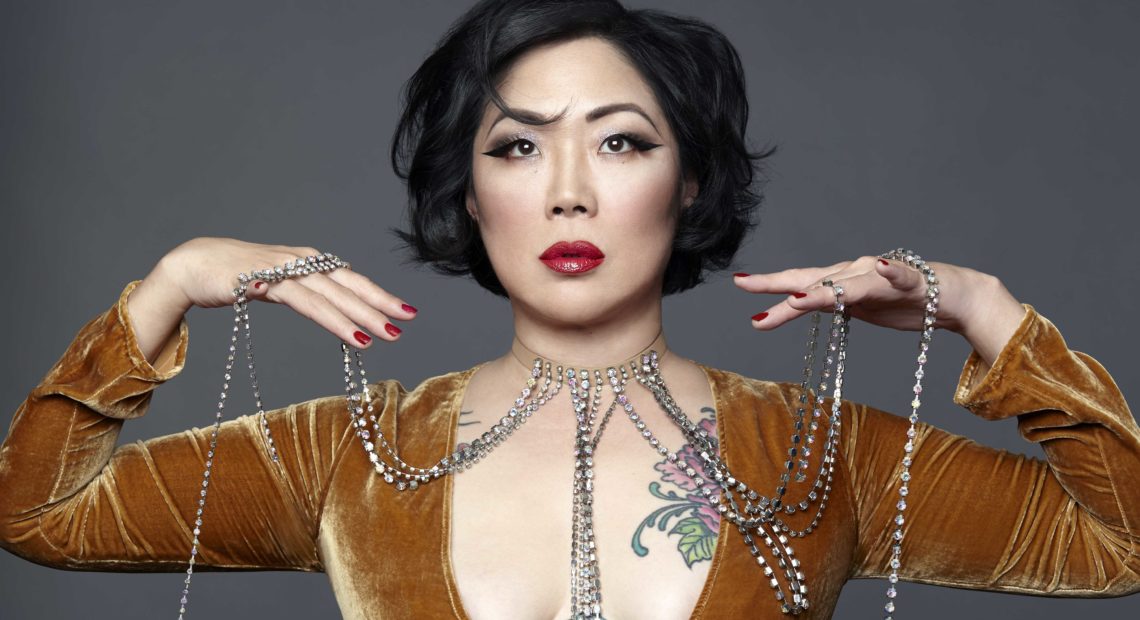 Comedian Margaret Cho has spent decades as a trailblazer on race and sexuality, carving out a loud, unapologetic brand on stage and screen. One of her bits is about Asian American women dating white men.

“I think as an Asian American woman, we’re really fetishized by white culture and white men in particular,” she said. “And so there’s this thing that we sort of gain power through having relationships with white men. And that kind of thing is like … our own value pales in comparison to the value of whiteness. So that’s really what the joke is trying to say and trying to talk about. 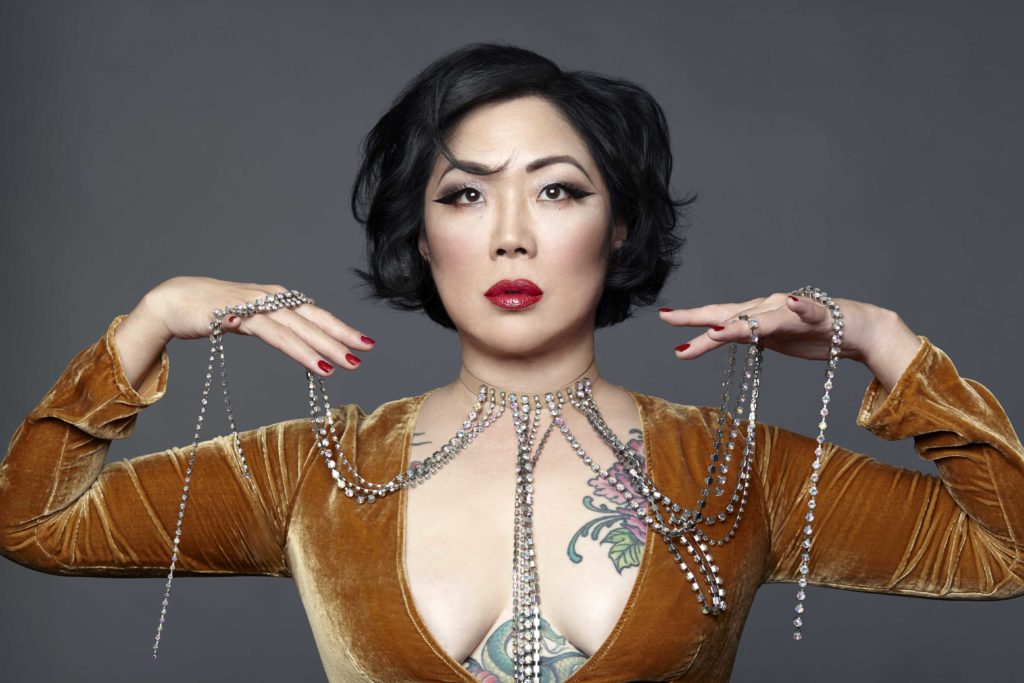 Cho grew up in San Francisco idolizing comics like Joan Rivers and Robin Williams. Her parents owned a gay bookstore. The groundwork was laid for an outspoken icon. But before everyone knew her name, Cho had a little trouble finding her voice as a young Asian female starting out in comedy.

“I was playing some restaurant and they didn’t have a photo of me, ’cause I had not had headshots taken,” she said. “So they had a drawn a Chinese caricature — it had, like, big buck teeth, eating a bowl of rice … they thought that this was going to help sell tickets to the performance.”

She recounted this story to a live audience at NPR headquarters in Washington, D.C. earlier this month, as part of an interview series with rule-breaking women in comedy. I asked her if she thought about walking out of the show — and she said it didn’t occur to her that she even had that power.

“At that time, when you were racist toward Asians, it was not read as racism,” she said. “There was a long period of time where we sort of had to think: Are we people of color?”

That struggle amplified when she got her own ABC sitcom in 1994 called All-American Girl, based on Cho’s life growing up in the United States with Korean immigrant parents. Korean Americans rejected the depiction of their community in the show as bland, uncreative and rife with bad stereotypes.

Cho noted that the community was already feeling combative about its popular image at the time. In March of 1991, a Korean-born shop owner shot and killed Latasha Harlins, a black 15-year-old girl in Los Angeles. The death was one of the sparks that ignited the L.A. race riots.

“This was the first time that Korean Americans were seeing themselves portrayed in any capacity,” she said. “They were so angry about the fact that I was this comedian who was incredibly foul-mouthed, and they had seen my HBO special and they were really freaked out by me anyway. So they were protesting against the show, and doing these op-ed articles in different magazines and newspapers … it was heartbreaking to not have the acceptance from my community.”

All-American Girl was cancelled after one season. Cho talked about the after-effects in her stand-up special I’m the One That I Want, taped in 1999.

But I was so tied up in the idea of that acceptance. You know, that was so important to me that when the show was over, I fell apart. And I didn’t know who I was at all. I was this Frankenstein monster made up of bits and pieces of my old stand-up act, mixed with focus groups’ opinions about what Asian Americans should be … It was painful. And I did what’s really hard for Asian people to do: I became an alcoholic. And that’s not easy because we can’t drink. We get all red. “Do you have a sunburn?”

All that burn has produced a tougher skin. Twenty years later, Margaret Cho is back with another stand-up tour, Fresh Off the Bloat. She spoke about that and more.

On making jokes about her family

I think my very first way to separate myself from my family is doing impressions of my mom. I mean, that’s a very important thing if you’re Asian American, is: You have to make fun of your parents. Because that’s the thing that is, like — that’s what’s going to make us American. So we push against the foreignness of our family to become that. So to me, that’s always been who I’ve been about. 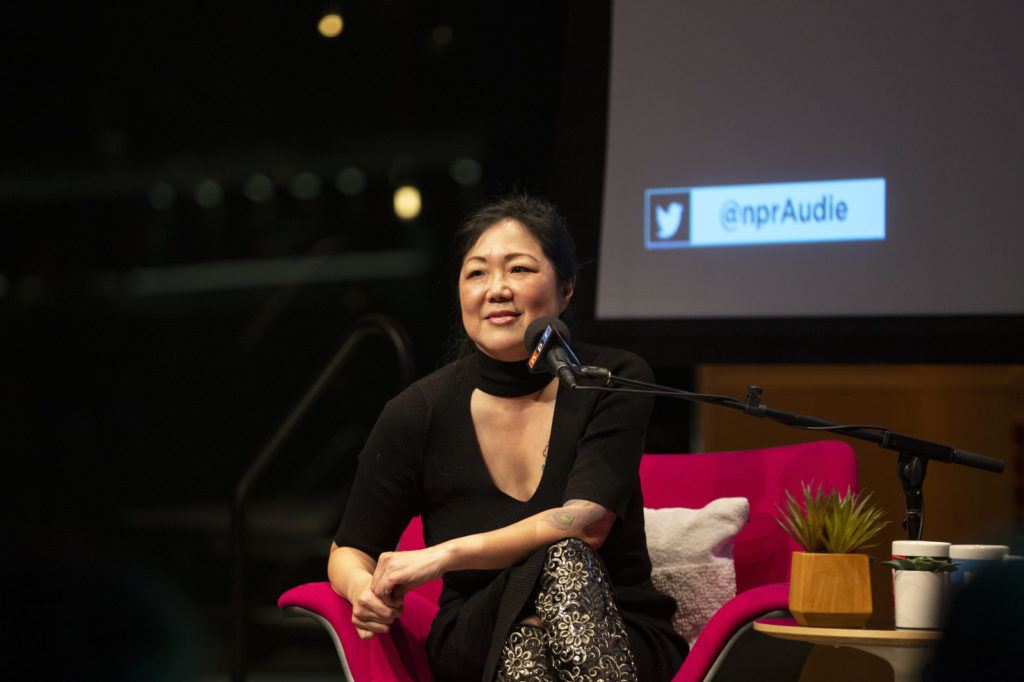 On the current climate for edgy comedy, and “cancel culture”

I think you have to be adaptable. Like, I think that it’s really great to be challenged as a comedian, and it’s really about skill. I think that this ultimately will make our society better, it’ll make our world better, because we’ve ignored these questions for so long that it’s a good time to catch up. …

I don’t know. It’s like, because I always think of myself as — I was cancelled in 1994, so I’m kind of safe? Like, I was cancelled so long ago, it’s like: I invented the cancellation. I started the cancellation. So I mean, that to me is like — there are so many factors that go into that, and so to me, it’s very fascinating. Some people are cancelled, it’s a long time coming — a real long time coming.

On the current moment in Asian American comedy, with respect to Crazy Rich Asians, Always Be My Maybe and Fresh Off the Boat

It’s great. It’s a long time coming, though — it’s a long time to wait. But these are all great, great, great things to be celebrated. … Eddie Huang, who actually wrote the memoir [that Fresh Off the Boat is based on], the original script had been part of his life, and then he asked me about what it was like to do an Asian American TV show with ABC. So you know, I was the one person he could call for that …

And of course, Ali’s specials — Ali Wong’s specials really, for me, were really important, because I had not seen another Asian American woman doing a comedy special. And so that was such a mindblowing thing. … Also, The Farewell with Awkwafina from the last year — it was such a great movie too. So there’s more — it’s just like, I want there to be even more, you know. …

I think that there’s more of a sense of an audience coming up to really proclaim, like, “This is what we want.” Or there’s a way we can talk about how excited we are about these kinds of shows and movies, and that our support is readily felt, and that the idea of representation is readily felt, and that we have the language to embrace it and talk about it. I think when you are dealing with invisibility, and being ignored by media and movies and television, it’s really hard to … have the words to talk about it, because you don’t even know that you’re invisible. So it’s a very strange place to be in. And so I think that finally we have some images — it’s starting to happen, and that’s really great.

Lauren Hodges, Bilal Qureshi, Joanna Pawlowska and Sami Yenigun produced and edited this interview for broadcast. Patrick Jarenwattananon adapted it for the Web.