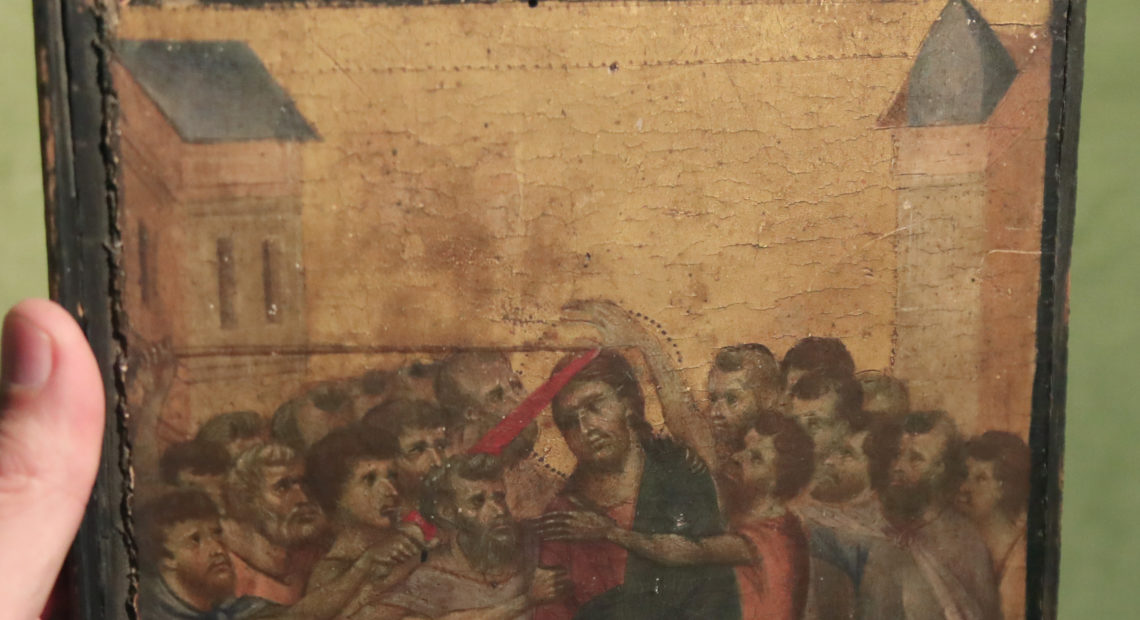 Officials in France are blocking the export of a remarkably rare medieval painting that was auctioned off after being discovered hanging in an elderly French woman’s kitchen.

The 10-inch panel portrait titled The Mocking of Christ by the Italian artist Cimabue, sold for nearly $27 million at an auction outside of Paris in October. A London collector purchased the piece on behalf of two unnamed collectors reportedly based in the U.S. 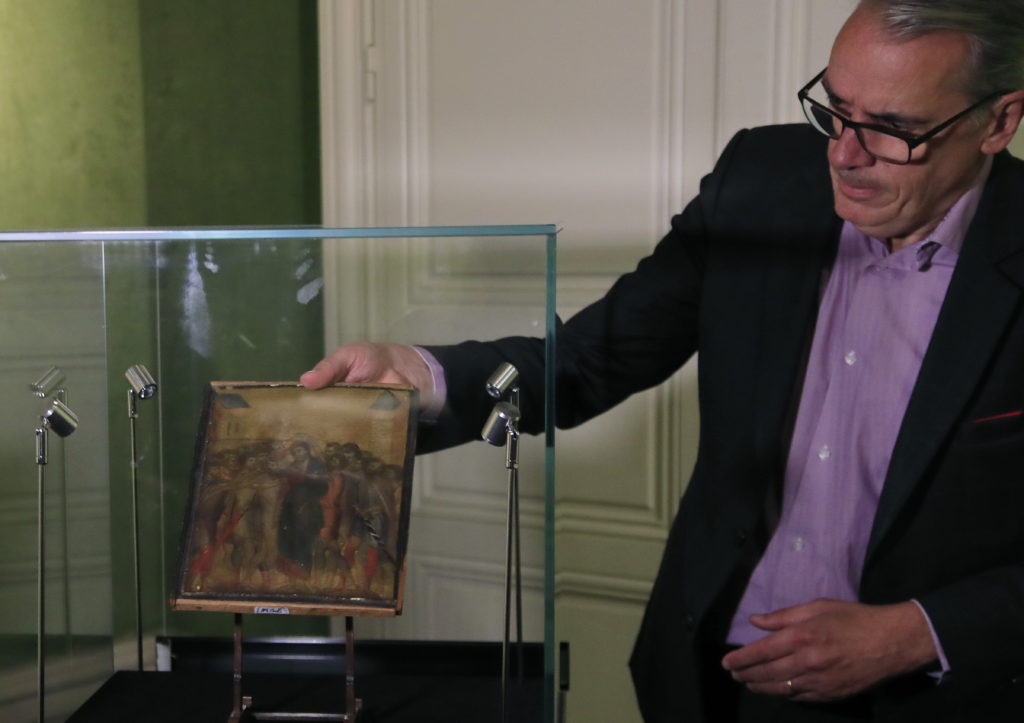 Art expert Stéphane Pinta takes out of a glass case a 13th century painting by Italian master Cimabue in September. That painting, sold for nearly $27 million, is now the subject of a power struggle between an art buyer and the government of France. CREDIT: Michel Euler/AP

But now, the French government has moved to stop the export, declaring the artwork a “national treasure” that belongs in the country in order to “enrich our national collections.”

The intervention by French officials follows a miraculous discovery story.

In September, word got out that a woman in her 90s living in northern France invited appraisers to her house to survey old furniture and other belongings before she sold her home.

A stroll into the kitchen revealed the Cimabue painting hanging somewhat modestly above the woman’s stove.

To the woman, who has stayed anonymous, it was not anything special. In fact, she had no idea where she acquired the pioneering piece of 13th century Florentine art.

But after having the painting examined by art collectors, the woman was greeted with a stunning revelation: She unwittingly owned a piece of art history.

Eric Turquin, an expert in old masters paintings who authenticated the Cimabue piece, said the auction generated buzz around the globe.

“We received interest from all the most prominent museums worldwide. Contemporary art collectors whom we did not know also showed a keen interest,” Turquin said in a statement announcing that the winning bidder had paid $26.7 million for the artwork. 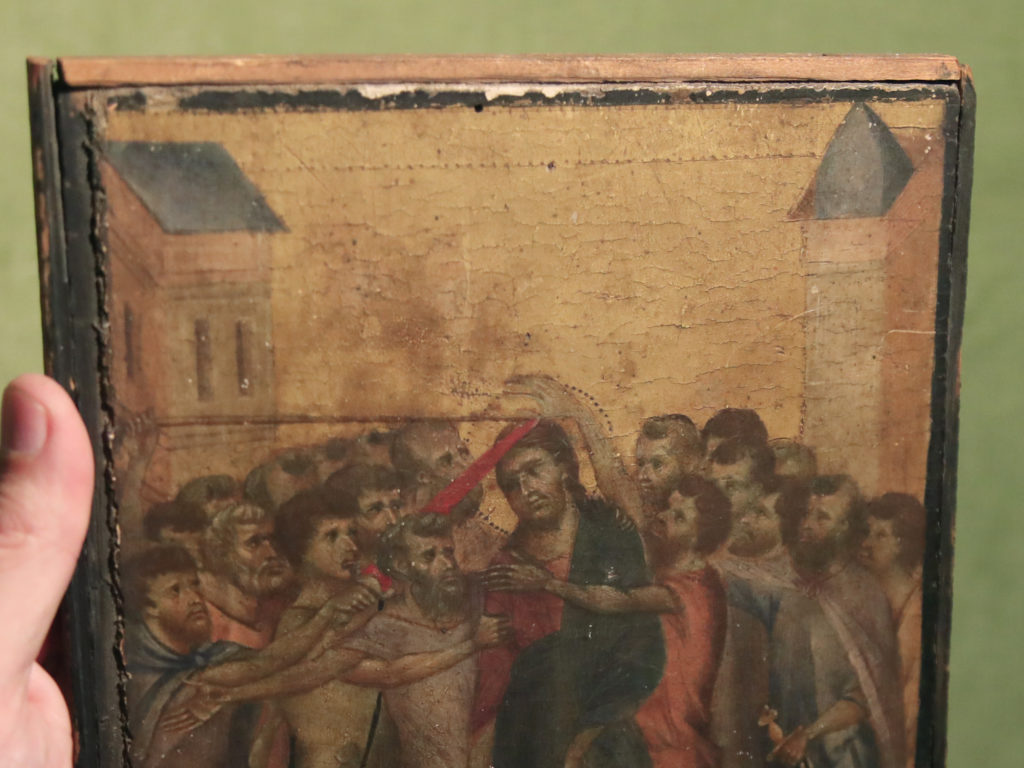 Shortly after the woman sold it at the auction house Actéon, which is just north of Paris, government officials sprang into action to prevent the painting from leaving the borders of France.

The French government’s effort to retain the painting would add to the other Cimabue works the country already possesses, including Maesta, perhaps the artist’s most famous work now housed at the Louvre.

An Advisory Committee on National Treasures first suggested blocking the export of The Mocking of Christ, and then France’s Culture Minister officially approved the move.

Cimabue, who is also known as Cenni di Pepo, is considered “the father of Western painting,” according to The Art Newspaper.

The painting that is now likely to be the subject of an international art world power struggle is exceptional for showcasing a break with formalism, something that opened the door to more naturalism in art that came just before the Renaissance period, according to Actéon.

“In this rediscovered panel, the multitude of faces, be they grimacing or jeering, very expressive, all serve to reinforce this idea of Christ being surrounded. Christ himself is shown as a flesh and blood human being in an attitude of surrender and not as an almost abstract divinity. Giotto and Duccio, for whom Cimabue is considered the spiritual father, will follow this stylistic evolution,” wrote gallery officials.