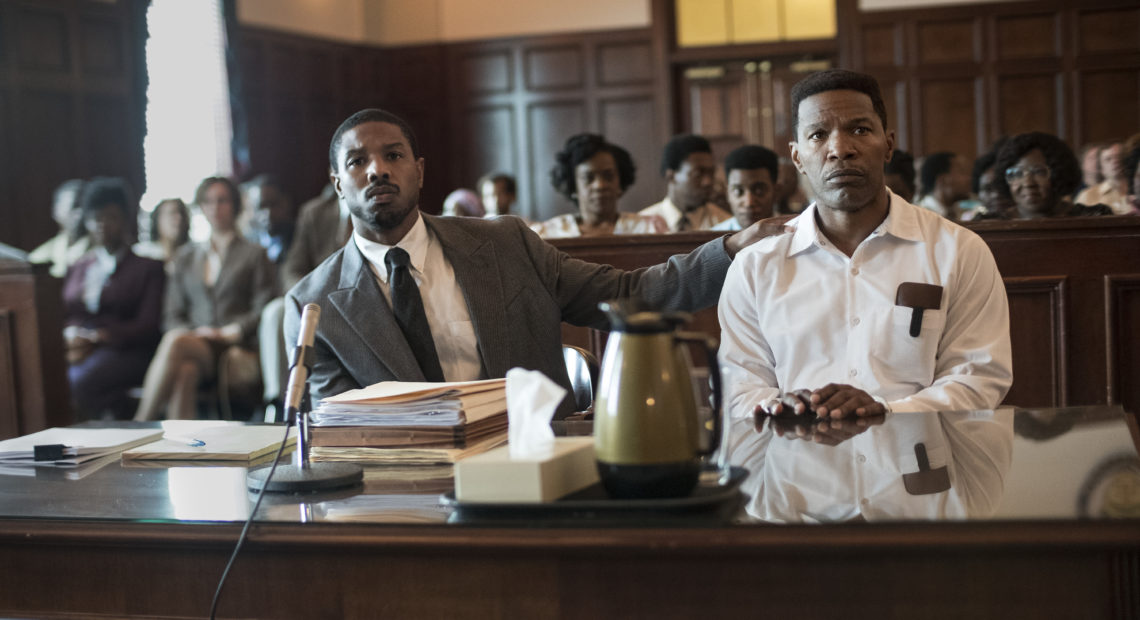 Just Mercy, the attorney Bryan Stevenson’s 2014 bestseller, has already become a touchstone of criminal justice writing for helping change the conversation around capital punishment in America. It tells the true story of Stevenson’s efforts to free a poor black man in Alabama, Walter McMillian, who spent six years on death row for a murder he plainly did not commit, imprisoned on flimsy evidence brought forward by a white sheriff and district attorney.

The invocation of race, class, and setting in McMillian’s case is unmissable — particularly since he was from Monroeville, Alabama, home of Harper Lee and To Kill A Mockingbird, and residents seemed to be living out a remake of her novel with zero lessons learned. We’re in a climate of heightened public awareness around these disparities in the criminal justice system, which means stories like this have become cultural flashpoints for reasons entirely beyond the crime itself. Case in point: The new film adaptation of Just Mercy opens one week after Curtis Flowers, a black man in Mississippi, found his own temporary relief from a two-decade legal saga that mirrors McMillian’s own. 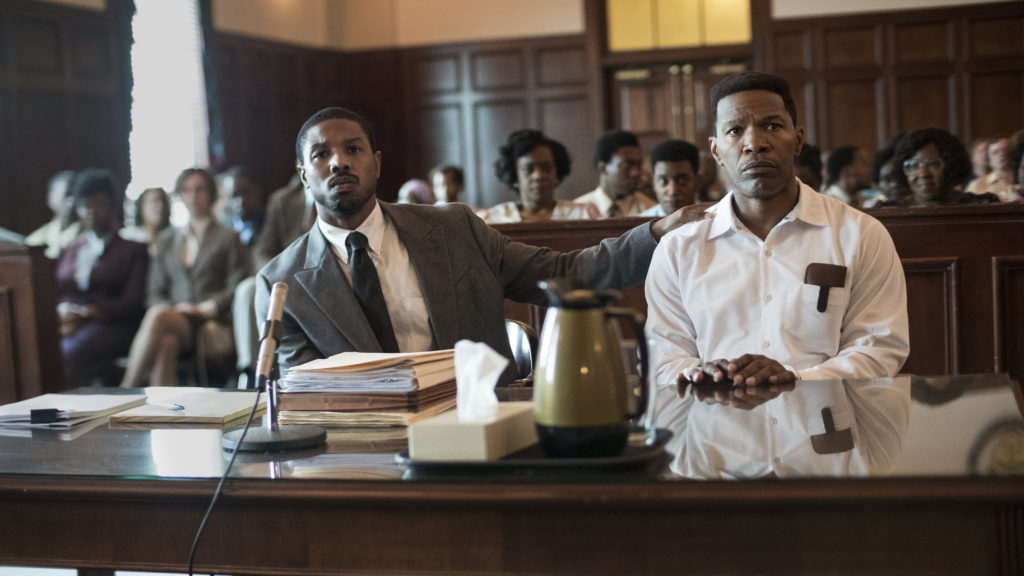 With all this weighted context, the fact that Just Mercy works is a pleasant surprise. Not only does the drama grant respect and dignity to the key figures of the original case, but writer-director Destin Daniel Cretton (adapting the book with co-writer Andrew Lanham) also touches on larger issues about the morality of the death penalty at large. The delayed exoneration of an innocent black man is a relatively straightforward narrative, one that tracks easily with audience sympathies (although the fact that this happened in the ’90s, instead of the ’50s, should disturb people). But to use McMillian’s story to ask whether anyone, even the guilty, deserves the electric chair? That’s a much thornier, more unsettling question, one more befitting the life’s work of its hero.

We follow Stevenson as he moves to Montgomery in 1989 to found the Equal Justice Initiative, a nonprofit that provides legal assistance to death row cases in Alabama. The attorney is played by Michael B. Jordan, who’s also a producer (as is Stevenson himself). Jordan’s best-known roles (Creed, Black Panther) have him playing the brash young upstart with swagger for days, but here he has to bury his charisma underneath stuffy suits, legalese, and general unease. For once, his character’s inexperience and outsider status work against him, although Jordan’s never quite able to demonstrate what exactly is motivating this Harvard-educated Delaware native to voluntarily move to the Deep South to work on capital punishment cases for no money. The film’s answer is essentially naked idealism, which is fine as things go, but it makes Stevenson seem more like a do-gooder cipher than a character.

Stevenson soon finds his ideal case in McMillian (Jamie Foxx), whose conviction for the murder of an 18-year-old white woman rested almost entirely on some fantastical witness testimony. Foxx’s performance is a subtle balancing act, making McMillian a simple figure who has also seen his good faith hardened by years of unfair treatment. In testy exchanges, he maintains his innocence while also accepting, on some level, that death row has become his home.

Cretton doesn’t dramatize the actual murder, keeping the film from drifting too far into lurid true-crime territory. He focuses instead on Stevenson’s efforts to win the trust of McMillian’s family, challenge the unsympathetic district attorney (Rafe Spall), convince a key witness (Tim Blake Nelson) to recant his testimony, and attempt to aid other men on death row at the same time. In a deeply affecting subplot, the great actor Rob Morgan (Mudbound) plays a mentally ill veteran who, though he’s responsible for an innocent’s death, is nevertheless a thinking, feeling person who must live with the knowledge that the electric chair awaits him. The scene in which he’s prepared for his execution, eyebrows shaved off in silence amid the harsh yellow glare of the prison, is a vital reminder that we cannot look away from that which we choose to condone.

That Cretton makes this ambitious message work at all is in itself a sigh of relief. He’s a big-hearted filmmaker with an eye for social causes, but the brilliance of his breakout film, the tender foster-care drama Short Term 12,was followed by the tone-deaf calamity of the memoir adaptation The Glass Castle, a movie incapable of recognizing the difference between eccentricity and outright abuse. Both starred Brie Larson, who also has a supporting role here, and though she’s playing a real person (EJI’s longtime operations director Eva Ansley), the script gives her no functional narrative purpose except to allow the audience to see a white face on the side of justice. In those moments and others, like a brief scene that makes no fewer than three heavily underlined references to Mockingbird, there are hints that Cretton may be too overwhelmed with the principle of what he’s filming to do it justice as a film.

But ultimately Cretton pays enough attention to the tough details of McMillian’s journey, and to the harsh realities of capital punishment and racism it prompts, to sell Just Mercy‘s unflagging earnestness. What this movie really does well is bring the straightforward politics of a Mockingbird-esque crusading legal drama into our modern dialogue around mass incarceration and the death penalty. And even the happy ending leaves us with the unsettling knowledge that we’re still far too deep in these woods.