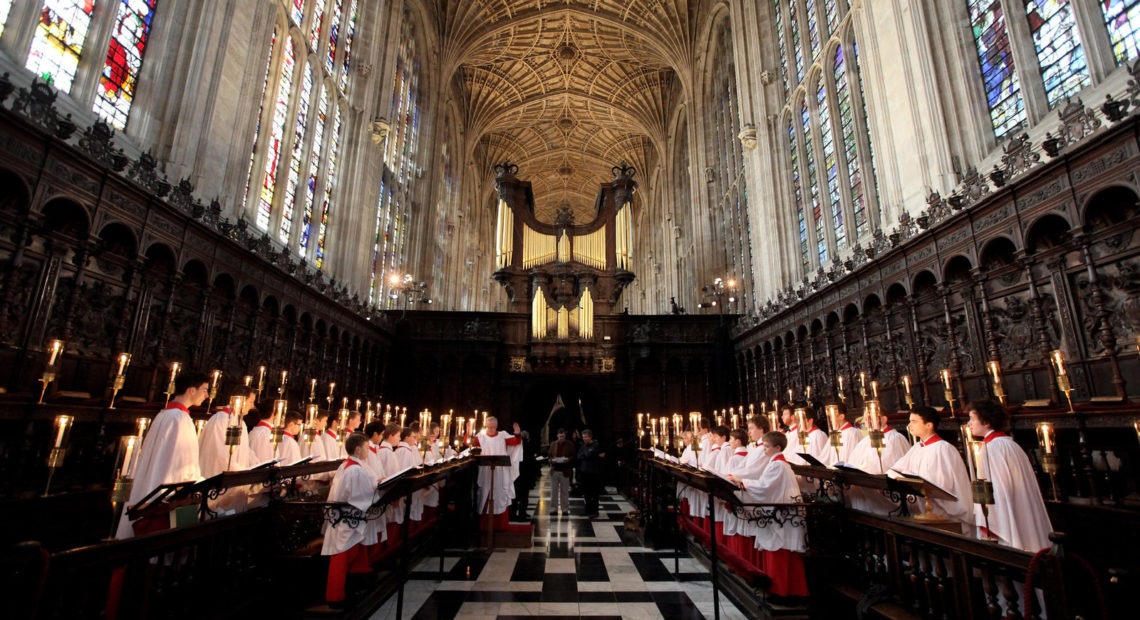 A Festival Of Nine Lessons And Carols: Commemorating A King’s College Choral Tradition

Every Christmas Eve at exactly 3 p.m., the Chapel of King’s College in Cambridge, England plays A Festival of Nine Lessons and Carols. The tradition began in 1918, and for decades it’s been broadcast on the BBC and around the world. A commemorative recording of last year’s Centenary Service has just been released; it was the last one conducted by Sir Stephen Cleobury, the choir’s music director for 37 years, who died just last month on Nov. 22. 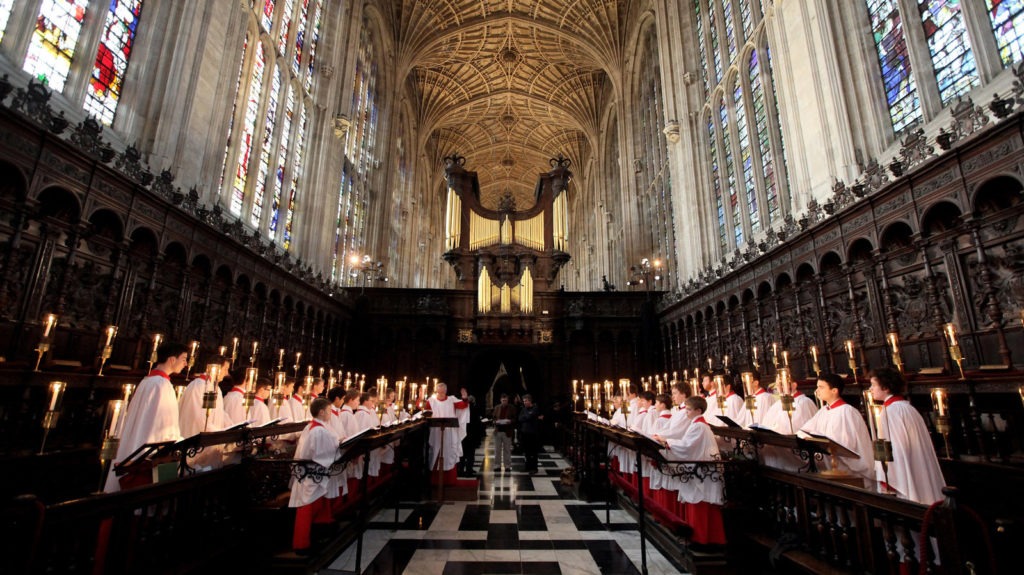 The Choir of King’s College Cambridge conduct a rehearsal of their Christmas Eve service of A Festival of Nine Lessons and Carols in King’s College Chapel on Dec. 11, 2010 in Cambridge, England. CREDIT: Oli Scarff/Getty Images

The tradition of a special Christmas service began at King’s College during Rev. Eric Milner-White’s first year as dean in 1918. Milner-White had served as an army chaplain in World War I, and thought that the people of England sorely needed a morale boost. Today, the Nine Lessons plays a similar role. “I think the service provides a wonderful sense of tradition in an increasingly secularized society,” says the choir’s new music director, Daniel Hyde.

NPR’s Lulu Garcia-Navarro spoke to Daniel Hyde about a few of the service’s traditions, such as its annual radio broadcast, commissioning an original hymn and how they choose the boy soloist for “Once in Royal David’s City.”