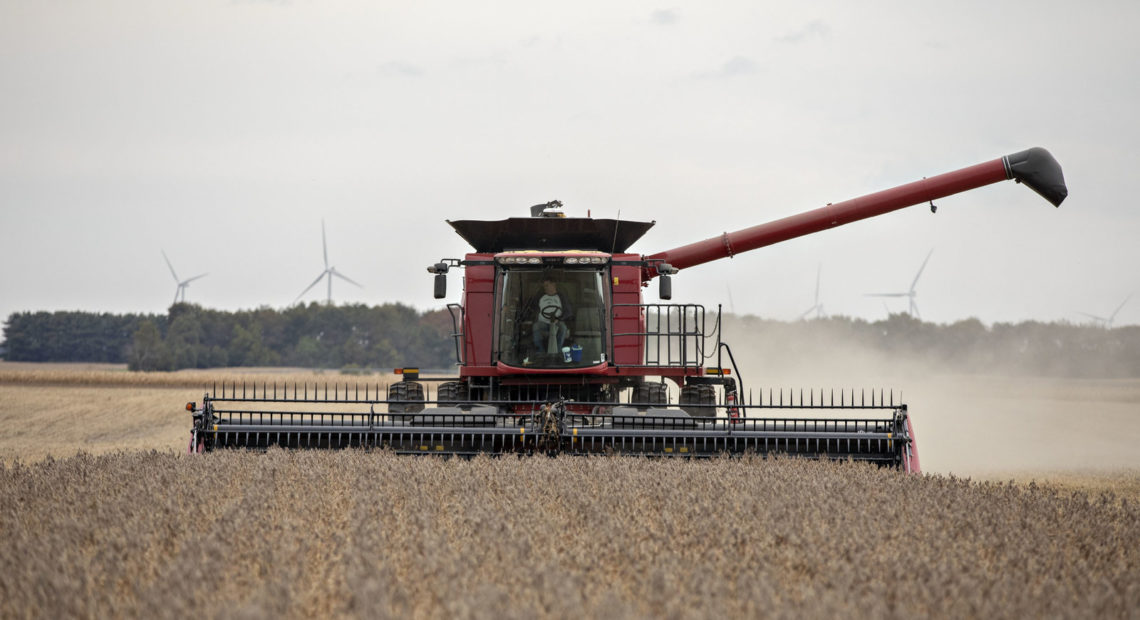 In 2019, the federal government delivered an extraordinary financial aid package to America’s farmers. Farm subsidies jumped to their highest level in fourteen years, most of them paid out without any action by Congress.

The money flowed to farms like Robert Henry’s. When I visited in early July, many of his fields near New Madrid, Mo., had been flooded for months, preventing him from working in them. The soybeans that he did manage to grow had fallen in value; China wasn’t buying them, in retaliation for the Trump administration’s tariffs. 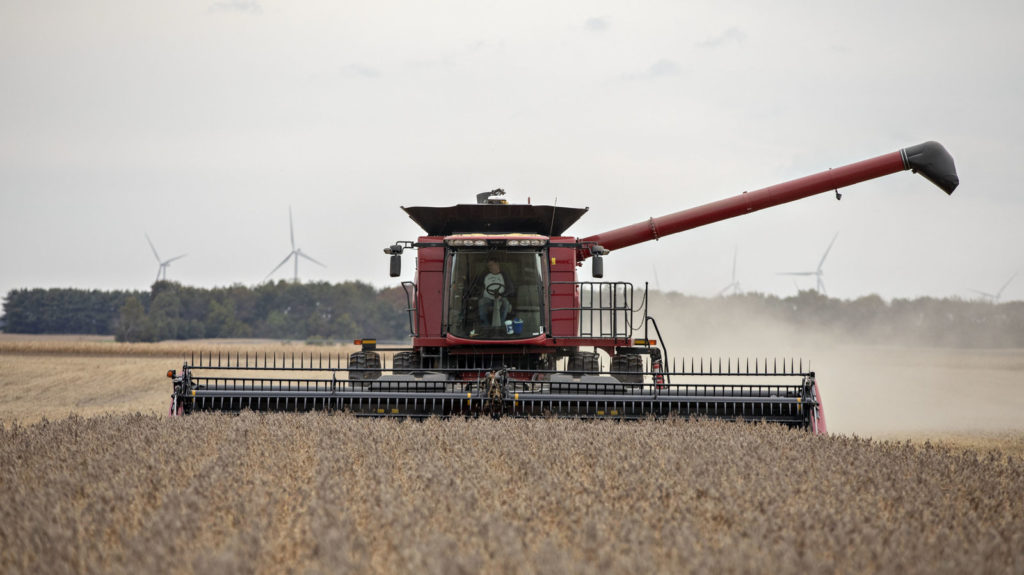 A farmer operates a combine to harvest soybeans in Wyanet, Ill. Farmers got more than $22 billion in government payments in 2019. It’s the highest level of farm subsidies in 14 years. CREDIT: Bloomberg via Getty Images

That’s when the government stepped in. Some of the aid came from long-familiar programs. Government-subsidized crop insurance covered some of the losses from flooding. Other payments were unprecedented. The U.S. Department of Agriculture simply sent him a check to compensate him for the low prices resulting from the trade war.

“‘Trump money’ is what we call it,” Henry said. “It helped a lot. And it’s my understanding, they’re going to do it again.”

Indeed, a few weeks later, the USDA announced another $16 billion in trade-related aid to farmers. It came on top of the previous year’s $12 billion package, for a grand total of $28 billion in two years. About $19 billion of that money had been paid out by the end of 2019, and the rest will be paid in 2020.

“President Trump has great affection for America’s farmers and ranchers. He knows that they’re fighting the fight and that they’re on the front lines,” Secretary of Agriculture Sonny Perdue told reporters while announcing the aid package.

Glauber says it deserves more attention, for a whole collection of reasons.

For one thing, it’s an enormous amount of money, more than the final cost of bailing out the auto industry during the financial crisis of 2008. The auto industry bailout was fiercely debated in Congress. Yet the USDA created this new program out of thin air; it decided that an old law authorizing a USDA program called the Commodity Credit Corporation (CCC) already gave it the authority to spend this money.

“What’s unique about this is, [it] didn’t go through Congress,” Glauber says. Some people have raised questions about whether using the CCC for this new purpose is legal.

Glauber sees a risk of “moral hazard” — a situation in which someone is shielded from the consequences of poor decisions. The decision to start the trade war was costly, he says, and the Trump Administration, by tapping the federal treasury, is avoiding the political fallout from that decision. “The sector that is hurt the most, and which would normally complain, all of a sudden it’s assuaged by these payments. To me, that’s a problem,” he says. 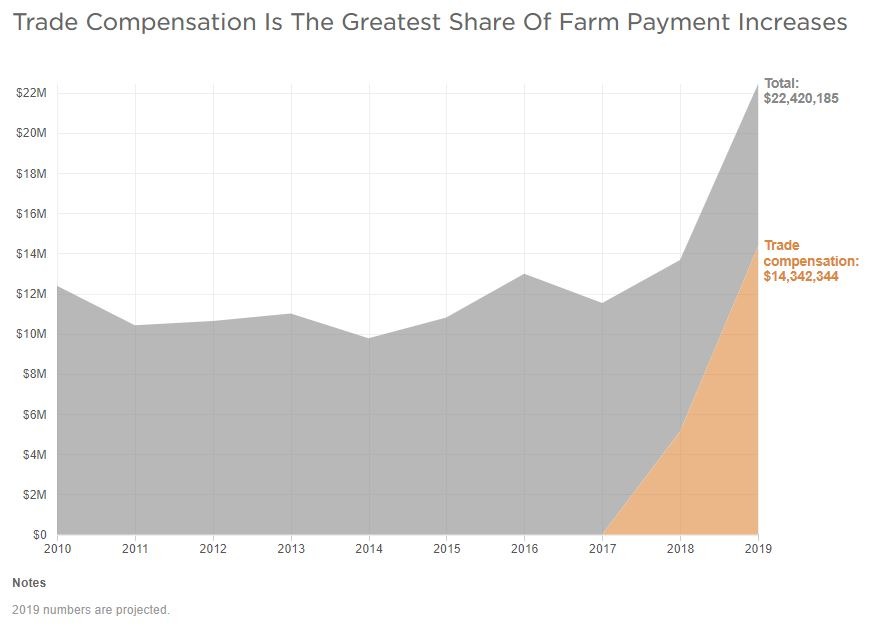 Also, the payments are quite generous. According to studies by several independent economists, the USDA is paying farmers roughly twice as much as the actual harm that they suffered from the trade war. And the payments are based on production; the bigger the farm, the bigger the payments. Thousands of farmers got more than $100,000 each. According to an NPR analysis of USDA records of payments made through July 2019, 100,000 individuals collected just over 70 percent of the money.

Catherine Kling, an economist at Cornell University, says the government could at least have demanded some public benefits in exchange for that money. “I think it’s a real lost opportunity,” she says.

What farmers do with their land has a huge impact on water quality, wildlife and climate change, Kling says. The USDA has programs that pay farmers to help the environment, doing things like restoring wetlands.

The budget for those environmental programs is just a quarter of the size of this year’s trade-related payments. So Kling’s reaction to this year’s farm bailout is, “Wow, [there are] so many things that money could get spent on that could really be beneficial to taxpayers, who are ultimately footing the bill.”

On Capitol Hill, there has long been a quiet alliance between lawmakers who support farm subsidies and those who support food stamps, or SNAP. Together, they’ve supported the budget of the USDA, which runs both programs.

Events in 2019 tested that alliance, as the USDA helped farmers while restricting SNAP payments.

“They’ve already given out $19 billion to farmers, but they’re cutting $5 billion from people in need!” says Congresswoman Marcia Fudge (D-OH), who sits on the House Agriculture Committee. “I don’t even know how to describe it except to say that it is cruel, it is unfair, and it is clearly designed to support the president’s base, as he sees it, as opposed to those whom he sees as being undeserving.”

The USDA has not yet announced whether it will deliver another round of trade-related payments to farmers in 2020.