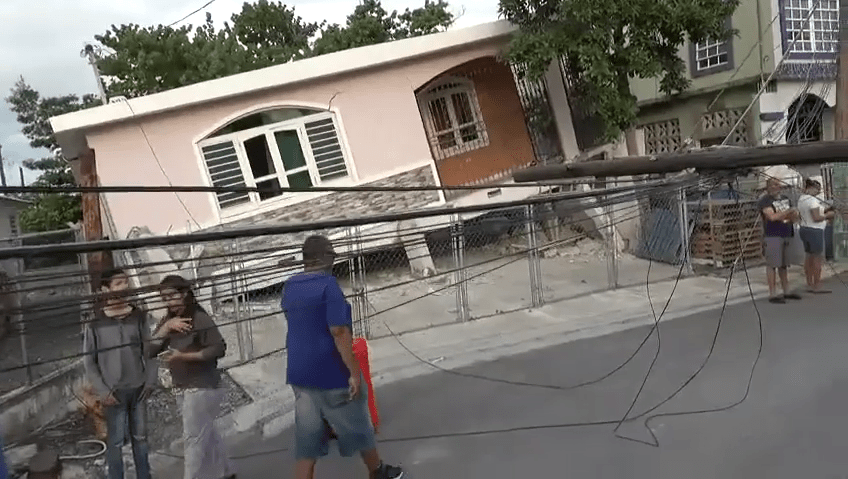 A 5.8 magnitude earthquake rattled the city of Guayanilla and nearby areas in southern Puerto Rico Monday morning, shoving brick houses off their foundations, knocking over walls and collapsing a local landmark: Punta Ventana, a natural rock archway that the ocean’s waves had carved over centuries.

“Today our icon remains in the memory of all,” Guayanilla press official Glidden López Torres said on Facebook.

Punta Ventana, or Window Point, got its name from the rare and nearly circular view visitors could enjoy through the cliffside that jutted out into the Caribbean Sea. It was popular among tourists, who often stood on the beach to photograph the horizon through the gaping hole. Before Monday, visitors could even walk out along the top of the rock formation to take in a panoramic view of the coast.

A string of recent seismic movements had already knocked a large chunk out of the window. Then came Monday’s earthquake, collapsing what had been a circular hole. The temblor hit offshore at a shallow depth of 6 kilometers, triggering landslides and other damage inland.

No serious injuries have been reported from Monday’s earthquake, which struck just after 6:30 a.m. local time. But it startled many people awake — sending them rushing outside to escape possible harm, and ruining the start of Three Kings Day, a Christian holiday also known as the Feast of the Epiphany.

Gov. Wanda Vázquez says government agencies will review the safety of roads, bridges and other infrastructure. And she adds that special attention will be paid to school buildings, where classes will resume on Jan. 13.

Images from southwestern Puerto Rico show several cars were crushed beneath their garages, after homes toppled off their foundations. After more than a week of less powerful temblors, many people spent much of the morning outside, fearful of a strong aftershock.

Torres said on Facebook that Monday’s quake was “the most frightening thing that we’ve experienced” in Guayanilla — which sits in a coastal area that was ravaged by Hurricane Maria in 2017.

Nearby communities are also reporting seismic damage. In the town of Guánica, officials say they have recorded structural damage at 11 houses, the newspaper Primera Hora reports. And to the east, in the larger city of Ponce, Mayor Maria Mayita Melendez declared a state of emergency after several structures were damaged.

“This is one of the strongest quakes to date since it started shaking on Dec. 28,” Angel Vazquez, Ponce’s emergency management director, told The Associated Press. “It lasted a long time.”