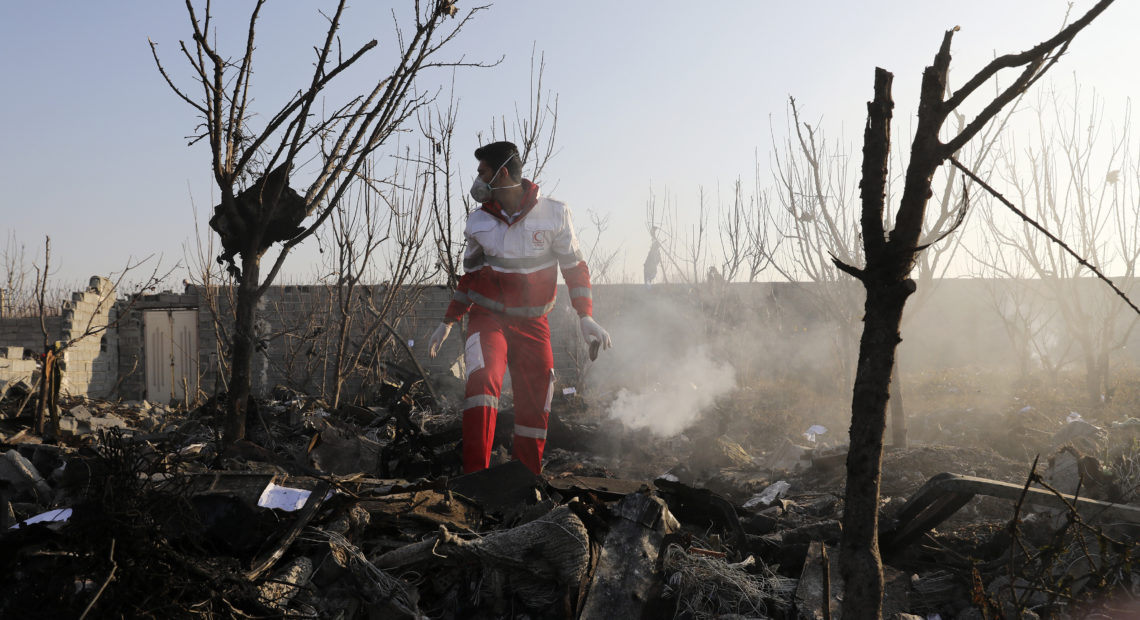 Iran Now Says It Shot Down Ukrainian Jetliner By Mistake

Iran says it unintentionally shot missiles at a Ukrainian civilian jetliner minutes after takeoff on Wednesday. The plane crashed on the outskirts of Tehran, killing 176 people. A statement from the Iranian military blamed human error. 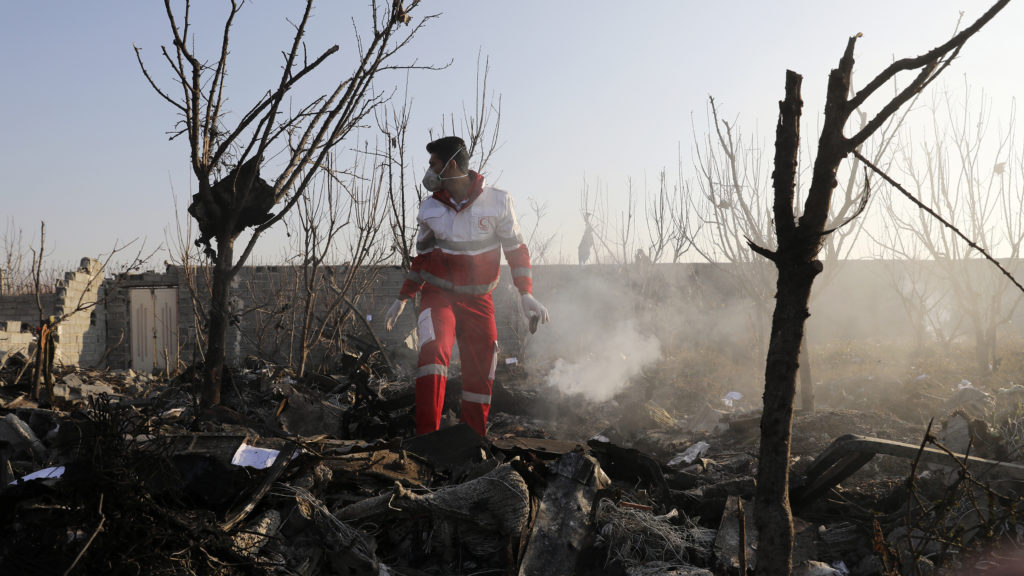 A rescue worker searches the scene where a Ukrainian plane crashed near Tehran on Wednesday, killing all on board. Iranian state TV reported Saturday that the military mistakenly shot the plane down.
Ebrahim Noroozi/AP

Iran’s foreign minister tweeted that it was a “sad day” but that the U.S. “adventurism” had caused the disaster.

The Ukrainian International Airlines flight was headed for Kyiv and carried Iranian, Canadian and Ukrainian passengers and crew.

Canadian Prime Minister Justin Trudeau, other officials and analysts had already said it appeared the attack may have been a mistake. It came amid tensions between the U.S. and Iran following the U.S. drone strike that killed a senior Iranian military official and Iran’s missile attack on bases housing American forces in Iraq.

The military statement said the aircraft was mistaken for a “hostile target,” after it turned toward a sensitive military site, according to the Associated Press.

As NPR has reported, Fabian Hinz, a researcher with the Middlebury Institute of International Studies, says the area north of Tehran International Airport where the plane was flying is near “quite a few sensitive military installations related to the IRGC, the Islamic Revolutionary Guards,” along with other sites such as ammunition bunkers and a barracks.