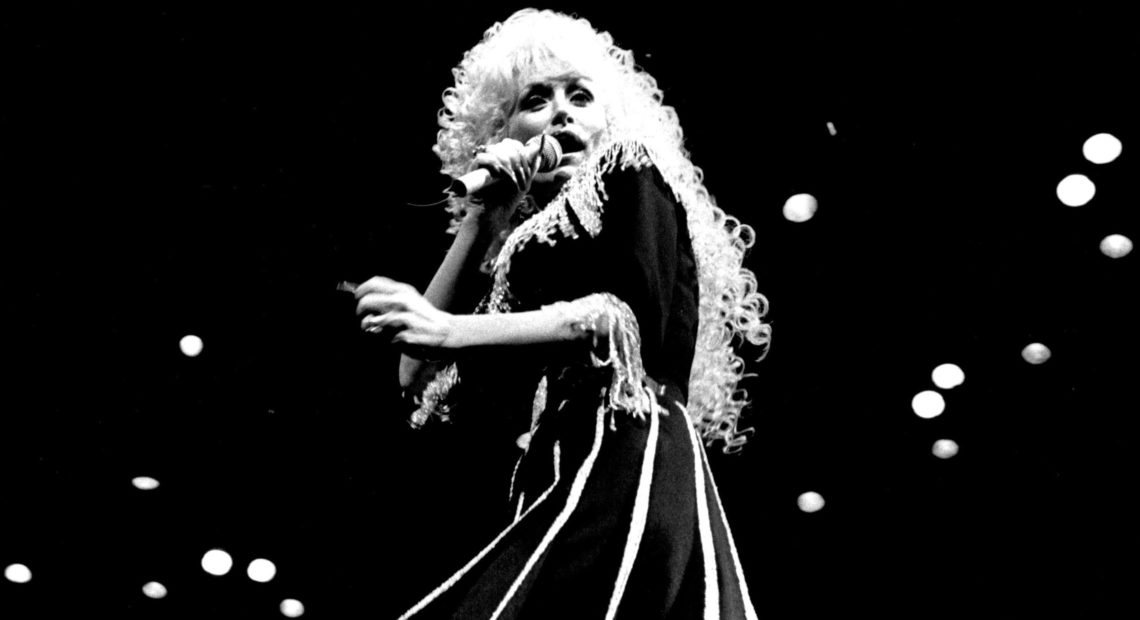 The latest round of Rock & Roll Hall of Fame inductions were announced Jan. 15, and Whitney Houston is the only woman honored. This visible problem offers yet another chance to decry the gender imbalance within Cleveland’s canonizing institution, an inequity that’s been reported again and again, most powerfully by my friend and colleague Evelyn McDonnell, who crunched some numbers recently and came up with a staggeringly low percent of representation for women.

Since feminists began throwing light on this subject, many have made lists of potential women inductees, but perhaps these efforts haven’t gone far enough. In the spirit of aggressively pointing out the obvious, here’s a playlist list of women who could be in the Rock and Roll Hall of Fame, consisting (mostly) of artists who issued debut recordings in every year represented by the inductions so far. You’ll note that this challenges narrow definitions of rock and roll — which is exactly what needs to happen, and is happening, as the Hall strives to remain relevant and historically accurate. Women have long expanded frameworks that otherwise wouldn’t accommodate them. Gender balance at the Rock & Roll Hall of Fame solves more than just a simple numbers problem – as diversity in practice always does.

You can stream this playlist via Spotify or Apple Music.

Julie London: The artist who connected torch singing to teen angst, Julie London has influenced everyone from Annie Lennox to Lana Del Rey. She made Justin Timberlake cry a river, why isn’t she in the Hall?

Janis Martin: The “My Boy Elvis” singer is too often classified as a novelty, but her chops and verve make her just as representative of rock’s first generation as peers like Presley or Gene Vincent.

Patsy Cline: Never simply confined to the country genre, the legendary Cline showed both the raw emotion and willingness to transcend musical boundaries that rock and roll supposedly pioneered. 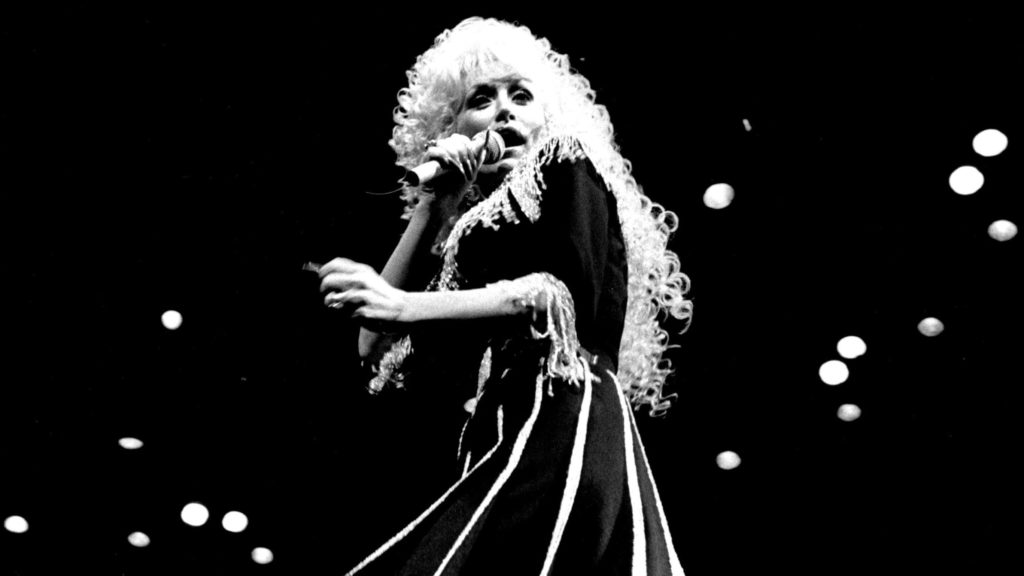 Connie Francis: The top singles artist of the late 1950s, Francis embodied teenage girls’ yearnings – the rocket fuel that made rock and roll run – but was, for too long, considered too “pop” for the Hall. Such distinctions make no sense in the era of Ariana Grande.

Carole King: “But she’s in as a songwriter (in partnership with her ex-husband, Gerry Goffin)!” That weak argument has stood between King and the placement she rightly deserves for too long. Tapestry is one of the biggest-selling albums of all time and the definitive emotional soundtrack for countless women and men of the baby boom. The most egregious omission, many would say.

Miriam Makeba: The Hall needs to expand its scope in many ways, including internationally. Makeba connected Africa to the West and still stands as the founding figure of the mutable category of “world music.” Plus, that majestic voice.

Barbra Streisand: Inducting La Barbra would make great strides in eradicating the prejudices against pop that long concealed sexism and, to some extent, racist tendencies within the Hall. (Disco is black music, friends.) Gaga’s revival of A Star Is Born reminded people that Barbra showed how Hollywood glam and rock excess could combine in the 1970s, and she remains one of America’s most charismatic stars.

Dolly Parton OR Loretta Lynn: Just choose one. They both changed much more than country music. They changed the way Southern women, all American women really, could speak their minds.

Buffy Sainte-Marie: Folk’s first leading woman artist, alongside Odetta, Buffy Sainte-Marie was also a pioneer in the studio, recording the first album to employ quadraphonic vocals, and one of the first synth-driven albums, with 1969’s Illuminations. A fearless voice that must be more widely acknowledged.

Astrud Gilberto: Brazilian music hugely influenced American soul, jazz and – yes – rock in the 1960s and 1970s, and no voice conveyed its elastic sense of time and understanding of intimacy more gracefully than Gilberto’s. She’s much more than just the “Girl From Ipanema.”

Karen Carpenter: The queen of contemplative pop, whose reputation has been rehabilitated by young critics and musicians who understand the power in her soft approach, is as influential on current pop as any screaming rocker. She released her first single in 1966.

Sandy Denny: Besides defining English folk-rock in Fairport Convention and through her stunning solo work, Denny sang on Led Zeppelin’s “Battle of Evermore” and made a brief appearance on the Who’s Tommy. Her bold brilliance inspired 1970s rock queens like Ann Wilson of Heart and Stevie Nicks.

Emmylou Harris: The Hall came around to the truth about who really invented California country rock when it inducted Linda Ronstadt in 2014, but still hasn’t made room for Harris, an equal player in establishing the blend of roots and innovation at the heart of modern country and Americana music.

Roberta Flack: As the scholar Jason King has eloquently argued, Flack defined the driving force within what would become both quiet storm music and hip-hop soul: vibe. Her work in the 1970s and 1980s is as adventurous as Joni Mitchell’s and arguably as influential as Stevie Wonder’s.

Fanny: The first all-woman band to put out an album on a major label, Fanny captured the attention of important men like the Beatles and David Bowie, but its influence on these titans is rarely acknowledged.

Carly Simon: As witty a social commentator as Randy Newman and as heartfelt a memoirist as her most-gossiped-about husband James Taylor, Simon was the most glamorous Everywoman in an era when feminism and pop pushed each other into new territory.

Tanya Tucker: She’s currently enjoying a much-deserved revival that should get her into the Country Music Hall of Fame (at least!), but Tucker brought rock and roll spirit into country in new ways as a teen sensation and, later, an adult crossover star.

Valerie Simpson: This living deity of contemporary R&B should be inducted alongside her late husband, Nick Ashford: not only did they write classics like “Ain’t No Mountain High Enough,” their own duets, especially “Solid,” made them the power couple in R&B for decades.

Pat Benatar: A people’s rocker who has also never shied away from artistic innovation or social commentary – remember her epic “Hell is for Children,” decrying child abuse? – Benatar was a favorite among fan voters this year.

Grace Jones: Mistaken by some as a disco diva, Jones is an artiste whose work explodes genre; her style marked the high point of New Wave. “Pull Up to the Bumper” funked the 1980s into a new phase.

The Runaways: Joan Jett got her due in 2015, but the band that brought her to prominence remains neglected, maybe due to longstanding prejudices against so-called “manufactured” groups. The women of the Runaways proved that it’s not how you begin but where you go that defines rock and roll spirit. For “Cherry Bomb” alone, the band deserves a spot.

Björk: The Icelandic experimentalist qualifies this early because of a childhood release few have heard. It’s tough to come up with a more original voice in late 20th-century popular music.

Kate Bush: Legendary in England since taking the island by storm in her teens, Bush quietly influenced a generation of American singer-songwriters who’d emerge a decade later as the Lilith Fair generation. Also, one of the first artists to extensively combine synthesizers and rock elements.

Lucinda Williams: The Americana subgenre wouldn’t exist without this Mississippi poet of the everyday, and no one rocks harder on songs like “Changed the Locks” and “Joy.”

The Weather Girls: A tough year to choose, since the all-woman band the Go-Go’s also qualify, but the duo that gave dance music its most potent injection of joy, with songs like “It’s Raining Men,” deserve a spot.

Eurythmics: Annie Lennox. One of the greatest voices popular music has known, with one of the most influential personae. Say no more.

Cocteau Twins:1982 was defined by mixed-gender bands from Sonic Youth to Everything But the Girl; Liz Fraser’s reinvention of language itself in this hard-to-categorize combo had the most impact.

Cyndi Lauper: Lauper was the Everywoman we needed and a fearless songwriter tackling subjects like self-pleasure and self-determination for teenage girls.

Roxanne Shante: at fourteen, this kid from Queens turned the answer record into a foundational hip hop element and cemented her place in history.

Indigo Girls: Besides being an unstoppable generator of irresistible singalongs, this duo defined a path for LGBTQI musicians to sustain community while still making a mark on the pop charts.

Salt n Pepa: With Spinderella on the decks, the trio uniting Brooklyn and Queens brought rap to the millions and spoke up for women’s independence and sensuality in karaoke favorites like “Push It.”

Sinead O’Connor: One of the fiercest and most delicate souls to ever step into a recording studio, O’Connor remains unique, a true fusion artist who can make deeply personal observations universal.

Kylie Minogue: Melissa Etheridge also deserves a spot from this year, but if the Rock Hall truly wants to be international it should recognize Australia’s biggest pop star.

Queen Latifah: Newark’s unofficial mayor showed that a rapper could have serious chops, movie star appeal, and a wide-ranging sense of history as she grew to incorporate blues and jazz into her repertoire.

Mariah Carey: Carey is exactly the kind of high-gloss pop star the Hall once considered antithetical to its values. Time has revealed, however, that what some once dismissed as fluff, others took to heart as the soundtrack of their lives – and her diva charisma and astounding voice remain intact.

PJ Harvey: It’s a tough toss-up among Tori Amos, Polly Harvey and Alanis Morrissette – what a year this was! – but the English guitarist, songwriter and supreme howler grabbed rock so hard it changed shape, and so claims the spot.

Dixie Chicks: By the mid-1990s country was fully showing its rock roots again, and no one expressed the music’s fierce spirit of independence more powerfully than the Texas trio whose bold ways challenged the genre’s traditionalists in unprecedented ways. (Alternate pick: R&B queen Mary J. Blige, also a genre-changer.)

Sheryl Crow: Versatile, emotionally brilliant and an expert at songcraft, Crow has played by every rule the Hall sets own for qualification and won over and over.

Sleater-Kinney: How many women have started bands inspired by the joy and power the classic Northwest trio projects? Countless numbers.

Robyn: Turning dance music into singer-songwriterly autofiction and pop shine into an energy that defeats genre, Robyn ushered in a new century’s way of loving and making music.