For years, engineers with the U.S. Army Corps of Engineers have worked to design a hydroelectric turbine that’s safer for fish. They’ve recently installed a new design that’s improving energy efficiency and improving fish survival along the Snake River, with plans to upgrade more turbines over the next several years.

The Army Corps installed the first of two designs at Ice Harbor Dam, just outside the Tri-Cities in southeastern Washington. A second blade design should be finished in 2021. 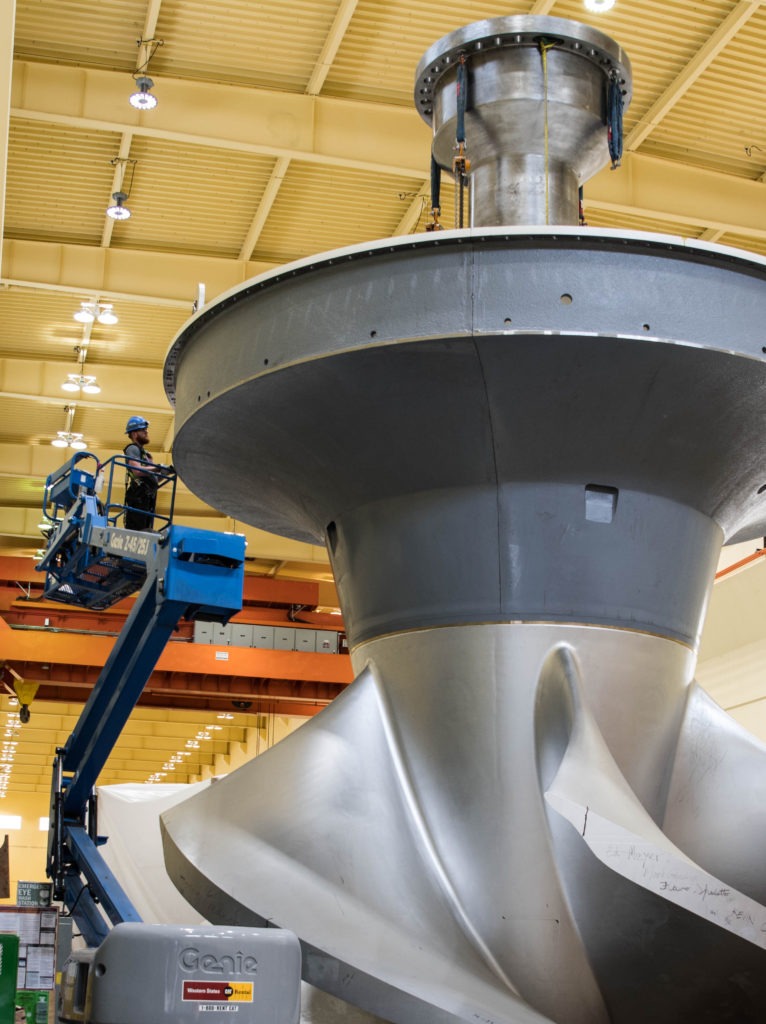 Workers at Ice Harbor Dam on the Snake River inspect a new turbine prior to installation. CREDIT: U.S. Army Corps of Engineers

“It really is a new generation of turbine design for our hydropower system,” said the Corps’ Martin Ahmann. He’s helped to design these new turbines for most of his career.

This new turbine has been shown to increase juvenile fish survival rate to more than 98%.

“It allows us in the future, an opportunity to reduce our dependency on spill, fish passage and the need for screening our turbine intake to keep fish out of the turbines,” Ahmann said. “We see this as a viable passage route for juvenile salmon.”

“Improvements that we make for fish generally result in improved efficiency for power,” Ahmann said.

The first turbine design is what’s known as a fixed-blade turbine, which works much like a boat propeller, Ahmann said. The second design will feature an adjustable blade design, where the blades on the propeller pitch to make the turbine more efficient.

The Army Corps plans on installing 14 new turbines at McNary Dam and 16 turbines at John Day Dam — both on the Columbia River —  over the next several years.