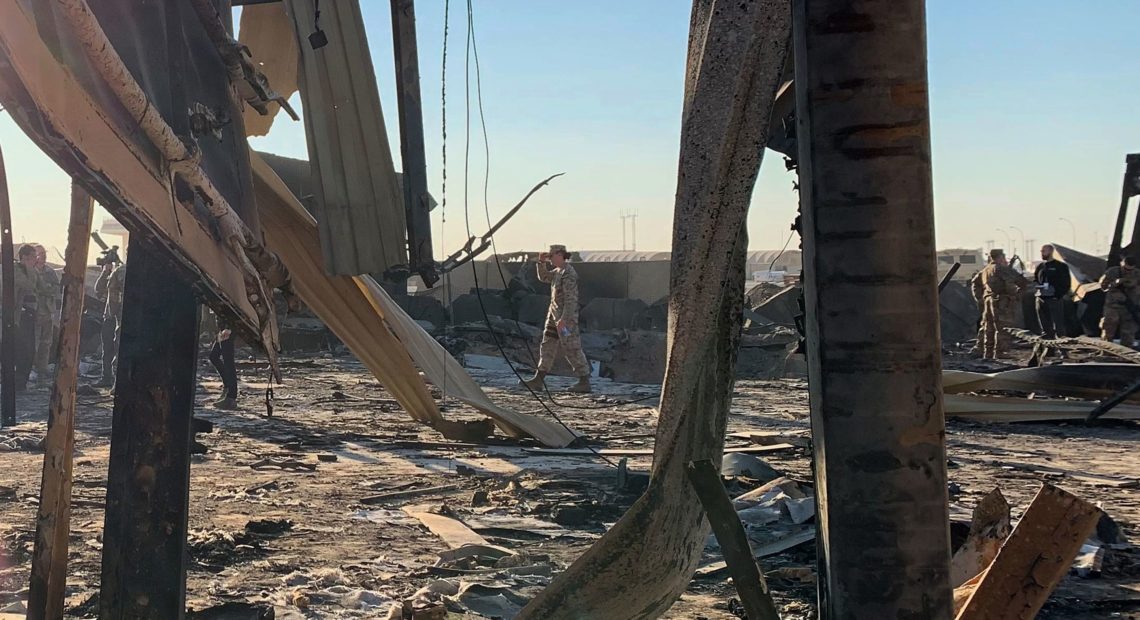 Hoffman said those troops are among a total of 34 American servicemembers diagnosed with TBI after the al Asad airbase where they were stationed in Iraq was hit by missiles fired by Iran on Jan. 8. The attack was in reprisal for a U.S. drone strike Jan. 3 that killed top Iranian general Qassed Soleimani.

It was at least the third time U.S. officials have had to revise President Trump’s Jan. 8 claim that no Americans were injured by the Iranian missile barrage.

“No Americans were harmed in last night’s attack by the Iranian regime,” Trump declared at the White House hours after the Iranian attack. “We suffered no casualties.”

The 8 wounded American soldiers who arrived in the U.S. are part of a larger contingent of 18 troops diagnosed with TBI who were initially medically evacuated to Landstuhl Regional Medical Center in Germany. Those now in the U.S. will be treated on at out-patient basis either at Walter Reed National Military Medical Center in Bethesda, Md. or at their home bases, according to Hoffman.

Asked whether those soldiers will be given Purple Hearts, since TBI now qualifies for this award bestowed on those wounded in enemy attacks, Hoffman was non-commital. “That is a decision the services will have to make in due time,” he said. “I’m not going to get ahead of the service secretaries on that.”

Trump, for his part, downplayed reports of the U.S. troops sustaining concussion-type injuries when asked about them last week in Davos, Switzerland.

“I heard that they had headaches, and a couple of other things,” Trump said. “But I would say, and I can report it is not very serious. Not very serious.”

Regulations for receiving a Purple Heart award require that an injury caused by an enemy action that is diagnosed and treated by a medical professional be of such gravity that it removes the victim from duty for at least 48 hours.

Hoffman acknowledged that the numbers of troops diagnosed with TBI released by the Pentagon over the past two weeks have shifted, which he attributed to some of the symptoms of TBI taking time to develop.

“What we saw was the number of people who were initially screened for concussion-like symptoms that showed up at one of the medical providers on the base saw their conditions improve rapidly,” he said. “Others we saw their conditions didn’t improve — some got worse and had severe enough symptoms that they were transported on for further treatment.”

But the Pentagon spokesman also announced that on Friday Defense Sec. Mark Esper directed Matt Donovan, who is currently performing the duties of the Defense Department’s under secretary for personnel and readiness, to work with the staff of the Joint Chiefs of Staff to review the Pentagon’s processes for tracking and reporting injuries of all kinds.

“The secretary’s direction is focused on the fact that if you look at the different types of reporting systems that we have, sometimes the administrative reporting of an injury is different than the medical reporting. We need to get that clarified, we need to get a little better handle on it,” Hoffman noted. “We need to be as transparent as possible on this.”