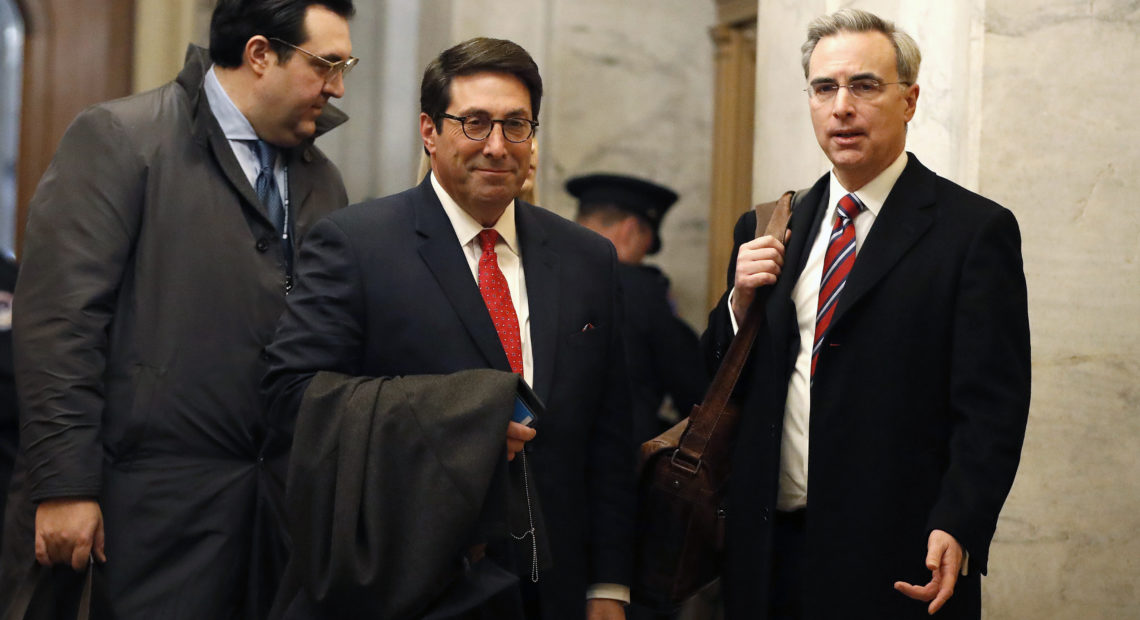 President Trump’s accusers fell far short of proving wrongdoing or the case for removing him from office, defense attorneys told senators on Saturday as they opened their portion of the impeachment trial.

The presentation by White House counsel Pat Cipollone and his colleagues follows three days of opening arguments from House Democratic managers and marks the end of the first week of Trump’s impeachment trial.

The defense team promised to eviscerate the Democrats’ arguments with their own evidence and said the bottom line is simply that Democrats and much of officialdom hate Trump. 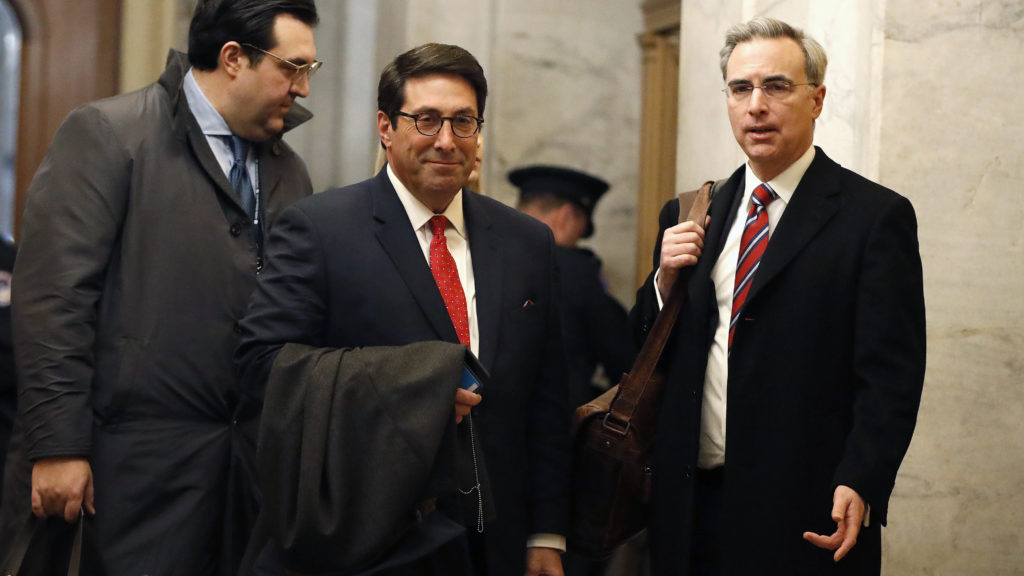 The case for removing a president for the first time in history and “tearing up the ballots of all the states” must be unquestionable, Cipollone said, and here, it isn’t.

He and Trump’s other lawyers used the shorter weekend Senate session on Saturday to run what they called “coming attractions” for their defense of the president in the coming week.

The attorneys wrapped their arguments in about two hours on Saturday.

Trump acted within his powers all throughout the Ukraine affair; was consistent in the objections he raised about equal burden-sharing with Western European nations on Ukraine; and ultimately released aid frozen for Ukraine last year with no commitment by its leaders to do investigations Trump wanted, they said.

“The president was, at all times, acting in our national interest and upholding his oath of office,” Purpura said.

Trump’s lawyers are expected to take full Senate trial sessions next week to amplify their points — although they’ve said they may not use all 24 hours they’re granted under the rules.

Then senators will have the opportunity to submit written questions for the parties.

Some — as, for example, Maine’s Independent Sen. Angus King — have been asking constituents what questions they should ask when that time comes.

Trump’s attorneys on Saturday opened with what they called the factual and legal problems with Democrats’ case.

Ukraine’s President Volodymyr Zelenskiy, for example, has said that he never felt pressured by Trump during the much-debated events of 2019, Purpura argued.

None of Democrats’ witnesses ever heard directly from Trump that he wished to exploit leverage over Ukraine in order to get Zelenskiy to conduct the investigations that Trump wanted, Purpura said.

“They try to overcome the devastating evidence against them by, apparently, claiming to be mind readers,” he said.

Another deputy counsel to Cipollone, Patrick Philbin, followed later in the day by taking on Article II of the Democrats’ articles of impeachment, which alleges obstruction of Congress.

In Philbin’s telling, Schiff and Democrats were unwilling to accommodate Trump’s valid concerns about protecting his privilege to solicit advice confidentially.

Philbin also said that Democrats’ subpoenas and requests for information in the Ukraine affair were invalid because they didn’t follow what he called an appropriate vote by the full House to authorize its impeachment inquiry.

Trump’s lawyers had been hinting before their window opened in the trial that they not only intended to defend the president but, in effect, turn the proceedings into impeachments of the FBI, Hillary Clinton and Joe Biden.

There were hints about what’s coming in that sense, including from Sekulow, who appeared to suggest that Trump’s team plans to argue that both Russia and Ukraine interfered in the 2016 election.

Sekulow also underscored findings about the Russia investigation that have embarrassed the FBI and the Justice Department.

Some Republicans have sought to cast a newspaper op-ed and comments by Ukrainian officials critical of then-candidate Trump as, in effect, equal in magnitude to the historic wave of active measures launched by Russia in that election, including with cyberattacks and disinformation.

During the House impeachment inquiry late last year, former national security council Russia specialist Fiona Hill put House Republicans on the defensive over what she called this false equivalence, which has its origins as a Russian government talking point seeking to eschew responsibility for the 2016 interference.

Trump, however, took that narrative up and it partly underpinned his actions in the Ukraine affair.

That has forced defenders to try to dance between the raindrops, both in the House and now in the Senate trial: They’ve sought both not to deny the reality of the Russian interference but also to underscore some Ukrainian officials’ opposition to Trump at the time of the election.

It isn’t clear how much Sekulow might develop the Ukraine interference narrative in the coming days as an explanation for why Trump’s desire for investigations might have been, in his view, reasonable.

What was clear on Saturday was how much Sekulow, Cipollone and Philbin were prepared to focus specifically and personally on Schiff, whom they said was not a credible accuser because of his earlier role in the Russia imbroglio and because of what they called the unfair process he ran in the House.

Dems: Now they want to negotiate?

Senate Democrats, meanwhile, said they heard the best justifications yet for new witnesses and evidence in the trial in the presentation — from the very White House that has declined to furnish them.

Virginia Sen. Tim Kaine, for example, told reporters after the arguments that the administration itself easily could settle what Trump’s attorneys called the facts in the Ukraine affair.

Kaine scoffed at the White House lawyers’ complaints about process and their emphasis on the right of cross-examination by observing that Trump had foreclosed the ability for his own aides to be cross-examined here.

“How dare they?” Kaine said.