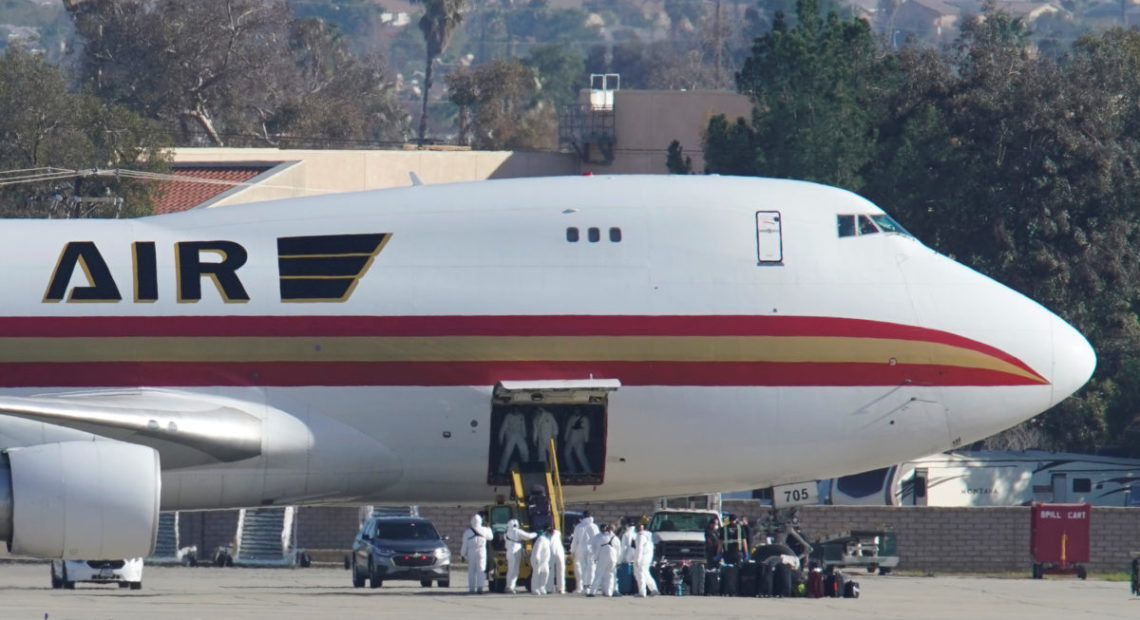 The U.S. declared the novel coronavirus a public health emergency Friday, banning non-U.S. citizens who traveled to China from entering the country and imposing new screenings and quarantine on U.S. citizens flying back from China.

As of 5 p.m. ET on Feb. 2, U.S.-bound flights from China will be routed to seven airports: New York-JFK, Chicago O’Hare, San Francisco, Seattle, Atlanta, Honolulu and Los Angeles International. From there, passengers will be subject to the following restrictions based on research that suggests incubation period for novel coronavirus lasts for roughly 14 days.

The Trump administration announced the changes as part of the launch of the President’s Coronavirus Task Force. Despite the rules being put in place, administration officials said there is no travel ban in effect. 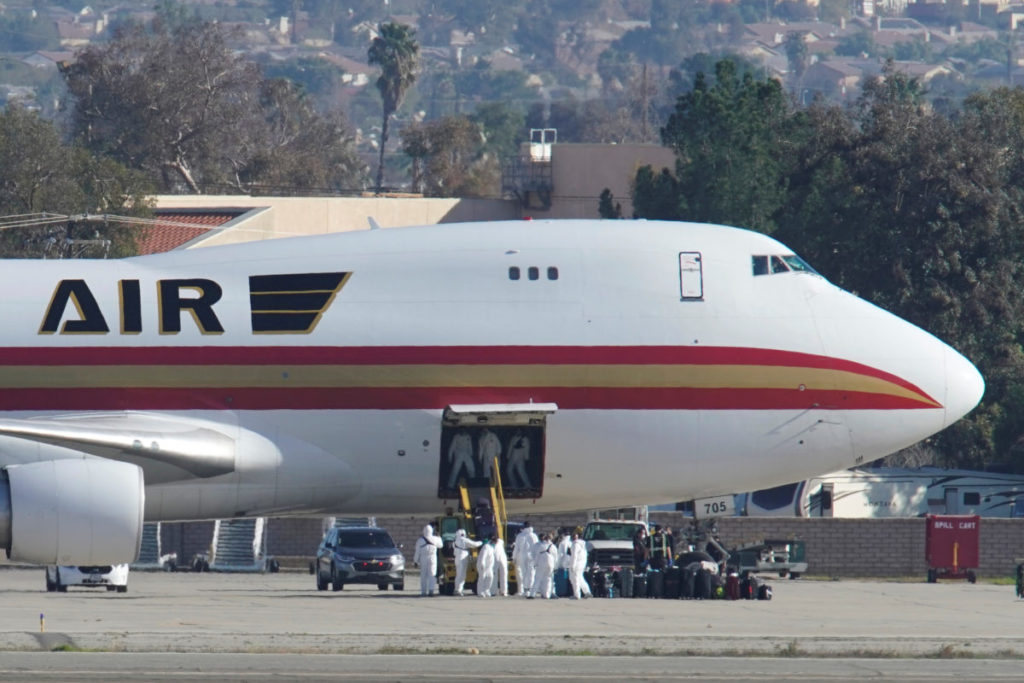 Personnel in protective clothing approach an aircraft, chartered by the U.S. State Department to evacuate government employees and other Americans from the novel coronavirus threat in the Chinese city of Wuhan, after it arrived at March Air Reserve Base in Riverside County, California, U.S., January 29, 2020. CREDIT: REUTERS/Mike Blake

The measures are being put into place “because there are so many unknowns here,” said Anthony Fauci, director of the National Institute of Allergy and Infectious Diseases.

“We still have a low risk to the American public, but we want to keep it at a low risk,” he said.

This news came the same day the federal government has issued quarantine orders to slow the spread of novel coronavirus in the U.S. for the first time in more than 50 years. This week, the U.S. airlifted 195 Americans from Wuhan, China, after a spike in reported deaths and illnesses were linked to the virus.

They arrived Wednesday at March Air Force Base east of Los Angeles where medical staff will monitor their condition, according to Nancy Messonnier, who directs the National Center for Immunization and Respiratory Diseases. These citizens, mostly diplomats and their families, will remain on the military base under quarantine for 14 days from the time they left China. Health officials say they do not pose a risk to personnel on base.

“If we take strong measures now, we may be able to blunt the impact of the virus on the United States,” Messonnier said on the phone with reporters Friday.

The quarantine, issued by the Centers for Disease Control and Prevention, amounts to recommended movement restrictions for people who have been exposed but are not yet sick. Staff will take their temperature every 12 hours and monitor patient symptoms. Marty Cetron, who directs the CDC Division of Global Migration and Quarantine, said the last time the CDC issued this order was to evaluate a person for smallpox in the 1960s. The order also comes after a person under quarantine attempted to leave the Air Force base, but CDC officials said that incident did not play into their reasoning for issuing federal quarantine orders.

The key factors were increasing death tolls, confirmations of person-to-person transmission and reports that the virus can be spread before an infected person is showing symptoms, Messonnier said.

As of Friday, six people have been diagnosed with novel coronavirus in the U.S., according to the CDC. An additional 191 people in more than two dozen states are under investigation for possibly having the virus.

READ MORE: How novel coronavirus could affect the global economy

The federal quarantine comes the day after the World Health Organization declared novel coronavirus as a public health emergency of international concern. That declaration set in motion efforts to ramp up resources around the world to stifle the spread of the virus, which has led to more than 200 deaths and has sickened nearly 10,000 people worldwide. Also on Thursday, the CDC confirmed the first U.S. human-to-human spread of the illness, which belongs to the same family of viruses as the common cold and SARS.

CDC Director Robert Redfield said “immediate risk to the American public remains low,” despite this spread of the virus between a wife and her husband. The woman, a Chicago resident in her 60s, had recently traveled to Wuhan, China, where the virus originated, returning to the U.S. on Jan. 13. Her husband, who has been diagnosed with the virus, did not travel to China.

Since the outbreak began, reports of racism against people of Asian descent have been on the rise in the U.S. and around the world. On the phone call with reporters Friday, the CDC warned against xenophobia.

“Please do not assume that just because someone is of Asian descent that they have this coronavirus,” Messonnier said on the call with reporters.

There is no medication or vaccine to combat novel coronavirus, but public health officials are working to change that. Researchers at the National Institutes of Health are developing antiviral drugs to treat the virus, as well as a vaccine to prevent further spread.

In the meantime, the CDC does not recommend the use of face masks for the general public. Instead, it is more effective to cover your mouth and nose if you sneeze or cough, wash your hands for at least 20 seconds with soap and water. If you have a fever and cough and recently traveled to Hubei Province in China or have been in close contact with someone with a confirmed case of novel coronavirus, the CDC recommends contacting a doctor immediately.