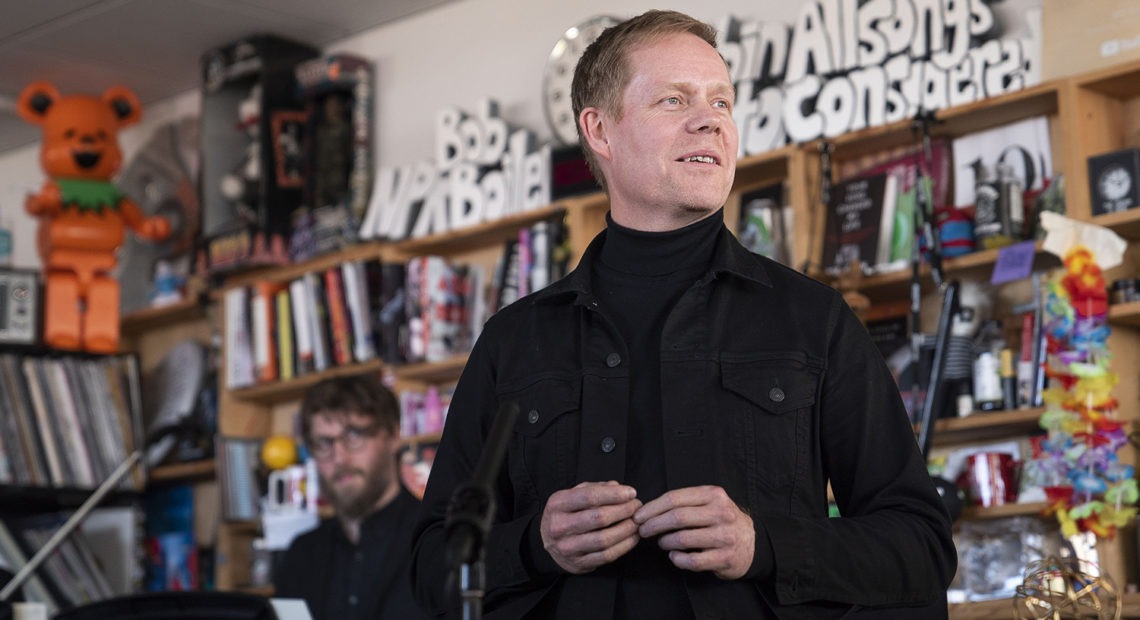 Half way through this performance of Max Richter‘s achingly beautiful On The Nature Of Daylight, I looked around our NPR Music office and saw trembling chins and tearful eyes. Rarely have I seen so many Tiny Desk audience members moved in this way. There’s something about Max Richter’s music that triggers deep emotions.

In Daylight, which has been effectively used in movies such as Arrival and Shutter Island, a simple theme rolls out slowly in the low strings until a violin enters with a complimentary melody in a higher register. Richter, at the keyboard, adds a subterranean bass line for added gravitas, while high above another violin soars sweetly, mournfully. With all elements interlocked – and sensitively played by members of the American Contemporary Music Ensemble – the piece gently sways, building in intensity. It all adds up to a six-minute emotional journey that, if you open yourself to the sounds, can leave you wrung out.

“I’m very interested in the idea of a piece of music being a place to think,” Richter explained, adding that he had written Daylight as a response to the 2003 Iraq War.

Richter, whose music can’t be easily pigeonholed, lightened the mood with a miniature called Vladimir’s Blues. Its delicately toggling chords are an homage to novelist Vladimir Nabokov who, in his spare time, was a respected lepidopterist, obsessed with a subfamily of gossamer-winged butterflies called the blues. Richter plays the piano with the practice pedal engaged for a warm, muted sound.

Again in the final piece, Richter counters violence with calming, thoughtful music. His ballet Infra is a meditation on the 2005 terrorist subway bombings in London. It’s music about travel, too, Richter explains, saying that he was inspired by Schubert‘s melancholy song cycle Winterreise (Winter Journey).

In trying times, music by the soft-spoken Richter can feel like a safe haven, a place for personal reflection or a welcoming, utilitarian space to clear the mind.