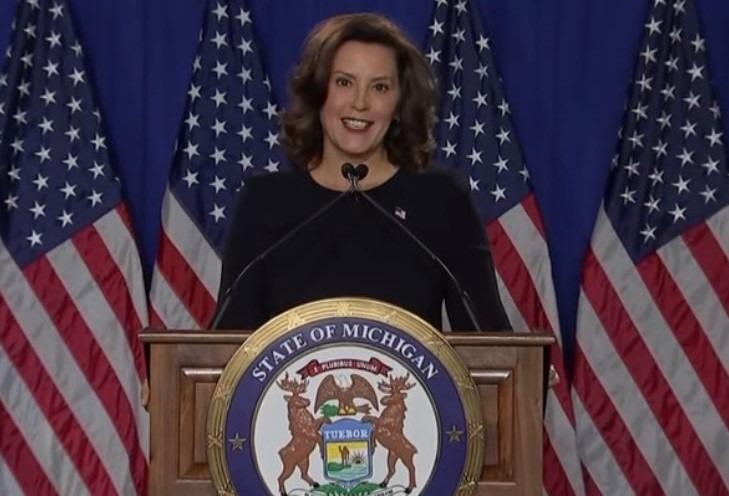 Michigan Gov. Gretchen Whitmer Delivers Democratic Response To The State Of The Union

Michigan Gov. Gretchen Whitmer is using the Democratic response to President Donald Trump’s State of the Union address to appeal to working-class voters, saying her party is focusing on easing health care costs and addressing other pocket-book issues.

“It’s pretty simple. Democrats are trying to make your health care better. Republicans in Washington are trying to take it away,” Whitmer says in early excerpts provided ahead of her speech Tuesday night. Trump captured Michigan in 2016 by fewer than 11,000 votes by appealing to lower-earning workers, winning a state that hadn’t voted for the GOP presidential candidate since 1988.

Trump’s impeachment has dominated Washington since the fall and in a remarkable confluence of events, the GOP-run Senate was set to acquit him Wednesday, less than 24 hours after his address. Whitmer did not mention impeachment in excerpts of her remarks, preferring instead to hone in on people’s economic well-being.

“It doesn’t matter what the president says about the stock market,” said Whitmer, whose name has surfaced as a potential vice presidential nominee. “What matters is that millions of people struggle to get by or don’t have enough money at the end of the month after paying for transportation, student loans, or prescription drugs.”

Democrats’ selection of Whitmer, 48, underscored their determination to improve their performance in the Midwest in November’s elections. Trump won over enough working-class white voters there to also score slender victories in Wisconsin and Pennsylvania and to win Ohio handily.

“American workers are hurting,” Whitmer said, listing those states. “All over the country. Wages have stagnated, while CEO pay has skyrocketed.”

Whitmer was elected governor easily that year over a Trump-backed Republican, and she’s even been mentioned as a potential vice presidential nominee.

Whitmer, speaking at East Lansing High School, which her daughters attend, described the ordeal of caring for her infant daughter and dying mother years ago.

““I was up all night with a baby and during the day, I had to fight my mom’s insurance company when they wrongly denied her coverage for chemotherapy,” she said.

In Democrats’ Spanish-language response, freshman Texas Rep. Veronica Escobar also spoke of health care and workers’ struggles to get by.

But in English language excerpts provided ahead of the speech, she also described last August’s mass killing in her hometown of El Paso, Texas, by a shooter who she said “used hateful language like the very words used by President Trump to describe immigrants and Latinos.”

“We Democrats will continue to fight for truth and for what is right. No one is above the law,” Escobar said.