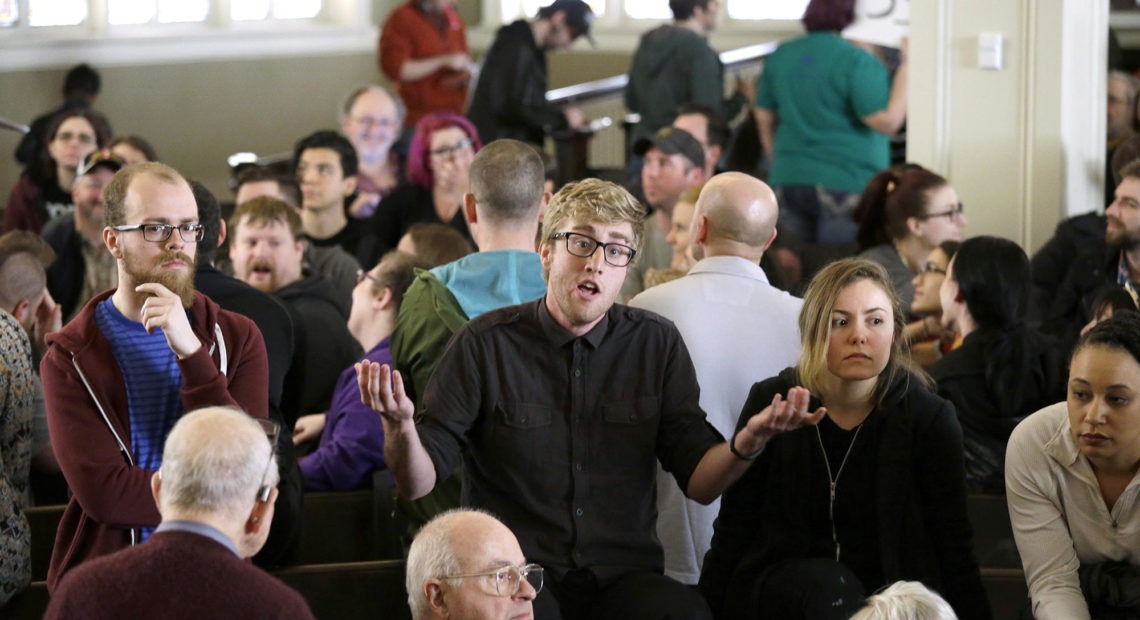 Still, for many Washington state Democrats, watching the delayed results from Iowa’s highly anticipated precinct caucuses this week brought a feeling of validation.

The Washington state Democratic Party recently ditched a similar system of precinct caucus meetings to allocate delegates to presidential candidates. Instead, Washington Democrats will use the results of the presidential primary election on March 10 to help decide the party’s presidential nominee — a first in state history.

Part of the motivation for the change was to avoid a situation like what played out in Iowa on Monday night, where precinct meetings staffed predominantly by party volunteers became chaotic and produced no immediate outcome.

“Tonight sure makes our state’s decision to abandon caucuses and use a presidential primary in a few weeks look brilliant!” tweeted Washington state Sen. Marko Liias, D-Lynnwood, on Monday night. “Glad we’ll give all voters a chance to participate without the chaos and risks of the caucus system.”

Back in Iowa, no results were reported Monday as the state’s first-in-the-nation Democratic caucuses concluded. Instead, Iowa party officials said results would be reported sometime Tuesday, because of technical problems with the mobile app used to transmit vote tallies from hundreds of neighborhood precinct meetings. Iowa Democrats said they were in the process of counting results manually to ensure accuracy.

Absent any official numbers, some Democratic presidential campaigns began releasing their own spin on the results. “By all indications, we are going on to New Hampshire victorious,” proclaimed South Bend Mayor Pete Buttigieg on Monday night, as he and other candidates turned their attention to the New England state, which is holding its Democratic primary election next week.

The campaign of U.S. Sen. Bernie Sanders released its own unverified internal numbers, which appeared to show the Vermont senator in the lead in Iowa.

Meanwhile, more than a thousand miles away in Washington state, several local Democratic politicians and party leaders quickly took to Twitter to express relief that a similar spectacle is unlikely to play out in the Evergreen State next month.

“Almost four years ago, we had a similar experience in Washington,” tweeted Pierce County Councilman Derek Young, who led a local caucus meeting in 2016. “…Thankfully, our party decided to switch to a professionally run primary.

“You can choose that too, Iowa.”

The state Democratic Party decided last year to use the primary election for its nominating contest in 2020, ending a decadeslong tradition of relying on caucus meetings for that purpose. Many party members had expressed concern that continuing to use the neighborhood caucus meetings — community gatherings that can sometimes last hours — can make it more difficult for a wide variety of people to vote.

“It was a very long day, an incredibly long process — and so many people didn’t have a chance to participate as a result,” said Tina Podlodowski, chair of the Washington State Democrats, reflecting on the state’s 2016 precinct caucuses.

Because people will receive primary election ballots in the mail this year, they can vote in the comfort of their own homes — and they’ll have more than two weeks to fill out and return their ballots, she said.

“All of that makes democracy more accessible,” Podlodowski said.

While Washington’s vote-by-mail system often means the final outcome of races isn’t clear on election night, the initial tallies are typically reported in a timely manner, even if later vote counts can shift the results. 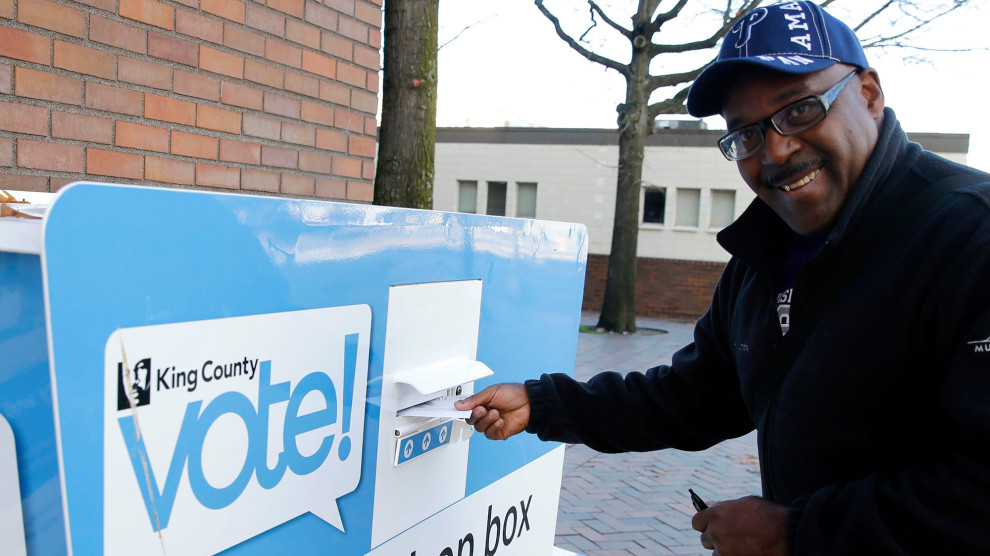 Gus Clark deposits his vote-by-mail ballot in a collection box in Seattle in the 2016 election. CREDIT: Ted S. Warren/AP

The state Democratic party still plans to hold caucus meetings to conduct party business and choose the people who will attend the Democratic National Convention, but the results won’t be used to apportion delegates to presidential candidates.

For some observers, the change is long overdue, a point underscored by Monday’s experience in Iowa.

“It was clear by 2014 that the caucus system was at a breaking point,” wrote Jaxon Ravens, the former chairman of the state Democratic Party, in a Monday night Twitter post. “State Parties in 2020 do not have the funds, infrastructure or support to handle the size and reporting requirements of modern caucuses/elections, especially with so many campaigns.”

Robert Cruickshank, one of the state Democratic committee members who voted last year to ditch the caucus system, wrote on Twitter that “caucuses are obsolete.”

“You can’t ask volunteers to pull off a statewide election — especially one with arcane rules and procedures. It’s a recipe for disaster,” said Cruickshank, who is from Seattle. “Iowa brought this upon itself through its stubbornness.”

In 2016, the state Republican party used the presidential primary to allocate delegates to GOP presidential candidates, while the Democrats continued to use the caucus system to help decide the party nominee.

Many officials, including Washington Secretary of State Kim Wyman, a Republican, have been advocating for years that both parties use the primaries and make them meaningful.

But the 2016 presidential primary ended up being low stakes for both parties. By the time Washington’s primary occurred in May, then-presidential candidate Donald Trump was the only Republican candidate left in the race. And for Democrats, the May primary held all the weight of a months-late poll, as the party didn’t use the results to help decide who Washington delegates would vote for at the national convention.

Democrats instead allocated delegates based on the results of their March precinct caucuses, which Sanders swept by winning the support of about 73% of caucus-goers.

While only about 230,000 people took part in the Democratic precinct caucuses that year, more than three times as many Democrats voted in the May primary election, which didn’t affect the race. Hillary Clinton won the nonbinding primary, netting more than 52% of the vote.

This year will mark the first time two things will simultaneously be true: That Washington’s primary will be held in the second week of March, closer to the start of the nationwide presidential nominating contest, and both parties will actually use the results.

Voters have to pick a ballot — Republican or Democratic — for their vote to count in the March 10 presidential primary. The process involves marking and signing a party declaration on the ballot’s return envelope.

Wyman, the secretary of state, said the earlier primary will give voters a greater voice in the presidential nominating contest, given the number of candidates that are still likely to be in the race come March.

She said she expects candidates to hold public campaign events in Washington state in the coming weeks, rather than just stopping by the state to hold private fundraisers as they have in past years.

“That means these voters will be able to interact with presidential nominees in a way they haven’t before,” Wyman said.

“…When you talk about the importance of voter engagement and turnout, the primary provides those things.”

This story was originally published at Crosscut on Feb. 4, 2020.

Melissa Santos is Crosscut’s staff reporter covering Washington state politics and the Legislature. Find her on Twitter at @MelissaSantos1 or email at [email protected].