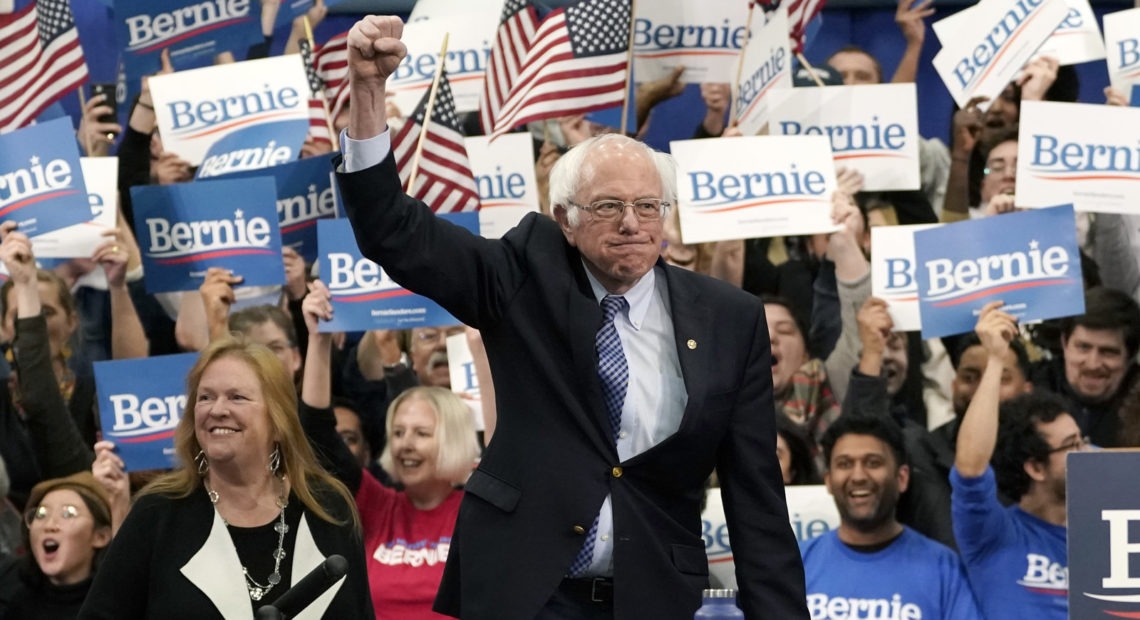 Vermont Sen. Bernie Sanders pulled off a narrow victory in New Hampshire on Tuesday night, providing a jolt of energy to his front-of-the-pack status by holding off Pete Buttigieg, former mayor of South Bend, Ind.

The close race means the crowded Democratic presidential field remains fiercely contested, with Buttigieg just barely ahead of Sanders in the national delegate count. Each candidate is pushing a vastly different vision for America’s future and offers contrasting paths for the Democratic Party.

With 95% of precincts reporting, Sanders captured 25.7% of the vote. Buttigieg claimed 24.4% and Minnesota Sen. Amy Klobuchar brought in a surprising 19.8% of the vote.

Massachusetts Sen. Elizabeth Warren brought in 9.2% of the vote. Former Vice President Joe Biden was the fifth-place finisher, clocking about 8.4% of the vote with nearly all the returns in.

Speaking to supporters in Manchester late Tuesday evening, Sanders said his win marked “the beginning of the end for Donald Trump.” 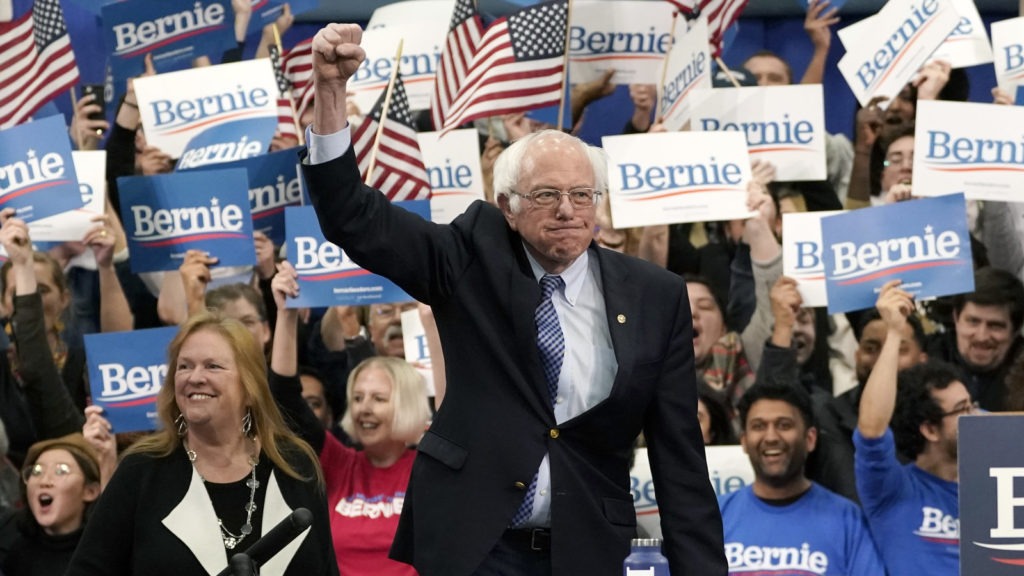 Sanders was ahead throughout the night, but faced a close contest from Pete Buttigieg, former mayor of South Bend, Ind. His victory in New Hampshire along with his virtual tie with Buttigieg in last week’s still-muddled Iowa caucuses, sets up a contest between the liberal and more moderate wings of the Democratic Party.

Initially his party’s front-runner, Biden finished in fifth place and received far less than the 15% he needed to get any delegates for the nomination. Klobuchar, from Minnesota, boasted that she raised roughly $2.5 million since that debate and undecided voters flocked to her final campaign events across the state.

She needed a strong showing after a fifth place finish in Iowa, which borders her home state, and where she spent a lot of time arguing she was capable of winning in a battleground state.

Klobuchar was quick to tout her third-place showing as a win because she exceeded expectations. Even before the results were announced, her campaign announced a seven-figure ad buy for the Feb. 22 Democratic contest in Nevada.

Buttigieg argued his second top tier showing in a row “has shown that we are here to stay.”

He pushed back, as he has for weeks, arguing that those who do not back the same progressive policies that Sanders proposes make up a large contingent in the party.

“Most Americans don’t see where they fit in that polarized vision, and we can’t defeat the most divisive president in modern American history by tearing down anybody who doesn’t agree with us 100% of the time,” Buttigieg said.

The former mayor faces an uphill climb in the upcoming nominating states, where a more diverse electorate will weigh in. The Real Clear Politics polling average has Buttigieg at 5.5% in South Carolina, and 7% in Nevada.

Four years ago, Sanders won the New Hampshire primary easily, beating Hillary Clinton by more than 20 points. In the days leading up to this year’s contest, Sanders told voters that the win helped legitimize his progressive platform of “Medicare for All,” a $15 minimum wage and free public college — all issues viewed at the time by many Democrats as outside the mainstream.

Many Democrats have now embraced that agenda, and Sanders appears to have a path to be the party’s candidate for the White House, even if his New Hampshire margin of victory far below his 2016 win.

But with Buttigieg and Klobuchar, another moderate Democrat, as the second- and third-top finishers in the primary, the tension inside the party about whether a progressive or more pragmatic agenda would appeal to voters in a general election against President Trump will continue.

Alluding to the divisions in the party, Sanders said Tuesday night, “We are going to unite together and defeat the most dangerous president in the modern history of this country.”

Sanders predicted he would win the next two contests in Nevada and South Carolina. His success raising money among a loyal base of supporters with small dollar donations is a strength over many of his rivals.

He vowed to win contests in Nevada and especially South Carolina, where the Biden campaign believes his strong support from African-American voters will deliver a victory.