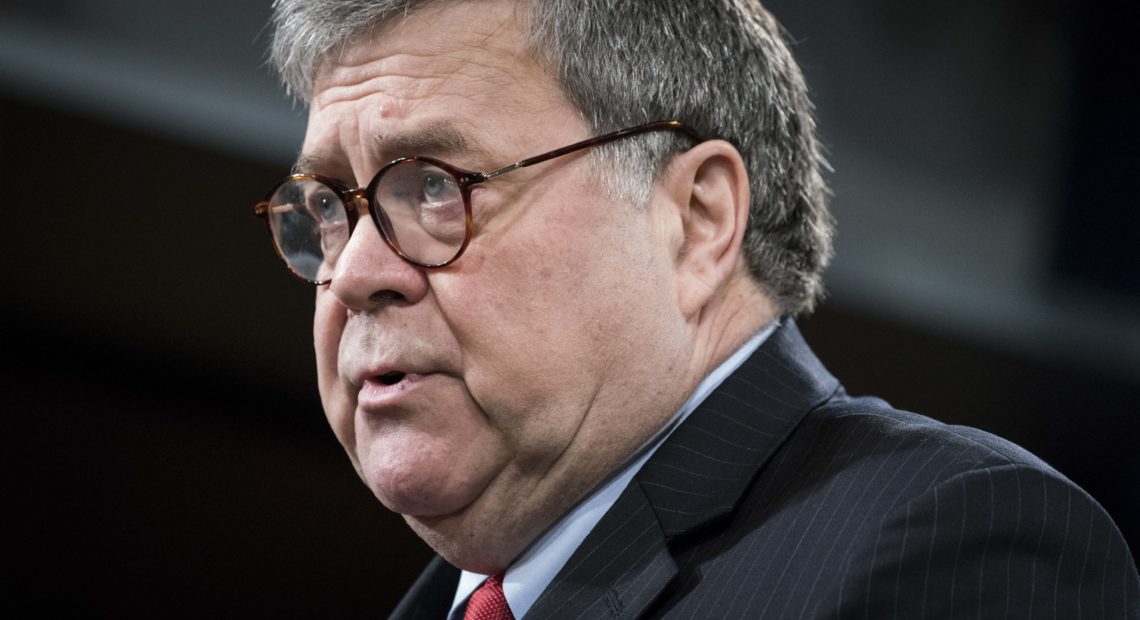 Barr told ABC News in an interview scheduled to air on Thursday evening that he wants Trump to “stop tweeting” and that the president’s comments make it “impossible” to do his job as the head of federal law enforcement.

Trump has never asked Barr to intervene in a criminal case, the attorney general said, but he added that Trump’s comments surrounding the Stone matter have been corrosive to the image of the Justice Department, which has a tradition of independence.

“I’m not going to be bullied or influenced by anybody….whether it’s Congress, newspaper editorial boards, or the president,” Bill Barr tells @ABC News.

“I cannot do my job here at the department with a constant background commentary that undercuts me.” https://t.co/14rnEMD65c pic.twitter.com/QuoTgpUVHp

“As I said at my confirmation hearing, I think the essential role of the attorney general is to keep law enforcement, the criminal process sacrosanct to make sure there is no political interference in it,” Barr says in the material released by ABC.

Barr said he was responsible for directing the submission of a second memo in Stone’s case recommending a lighter punishment.

ABC News’ correspondent Pierre Thomas asked Barr, according to an account given by the network, about whether the attorney general is prepared for the potential consequences of openly criticizing the president. 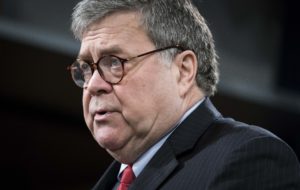 “Of course,” Barr says, according to ABC, vowing that he won’t “be bullied or influenced by anybody.”

“He has the right, just like any American citizen, to publicly offer his opinions,” Grisham said of the president. The press secretary also said Trump uses social media “very effectively to fight for the American people” and that he has “full faith and confidence” in Barr to do his job.

Sen. Lindsey Graham, R-S.C., chairman of the Senate Judiciary Committee — which is responsible for confirming attorneys general and other such nominees — signaled earlier that he believes Barr should retain his job at Main Justice.

“He is the right man at the right time to reform the department and stand up for the rule of law,” Graham said in a statement. “Attorney General Barr has my complete confidence.”

Prosecutors filed a memo on Monday in which they recommended between seven and nine years in prison for Stone, who was convicted by a jury last year in a case that stemmed from the Russia investigation.

Trump complained about that recommendation on Twitter, and the same day, a senior Justice Department official told NPR that leaders at the department’s headquarters in Washington found the suggested sentence too harsh.

This is a horrible and very unfair situation. The real crimes were on the other side, as nothing happens to them. Cannot allow this miscarriage of justice! https://t.co/rHPfYX6Vbv

The department directed the U.S. Attorney’s Office in Washington, D.C., to submit a second memo seeking less punishment, which it later did.

The four federal prosecutors who had brought the case to that point all withdrew, according to court records.

The senior DOJ official said leaders at headquarters had decided on their own on Monday, after seeing the sentencing memo, that they would request a revision.

Barr made clear in the interview with ABC aired on Thursday that he made the decision.

But the public response following Trump’s post on Twitter made it appear that Barr and the department were bowing to the president’s desire to protect his friend.

Democrats demanded an investigation. Barr has agreed to appear before the House Judiciary Committee for a hearing scheduled for next month.

His relationship with the Democratic-controlled House has been sour since a dispute with its chairman, Rep. Jerry Nadler, D-N.Y., prompted Barr to skip a hearing last spring amid a dispute over witnesses and evidence.

This week, Trump hailed Barr for “taking charge” of the Stone case, further compounding the perception that the attorney general was taking instructions from Trump.

That isn’t so, Barr says in the excerpted ABC News interview, but the appearance that he is puts him in a difficult position — which is why the attorney general says he wants the president to keep silent.