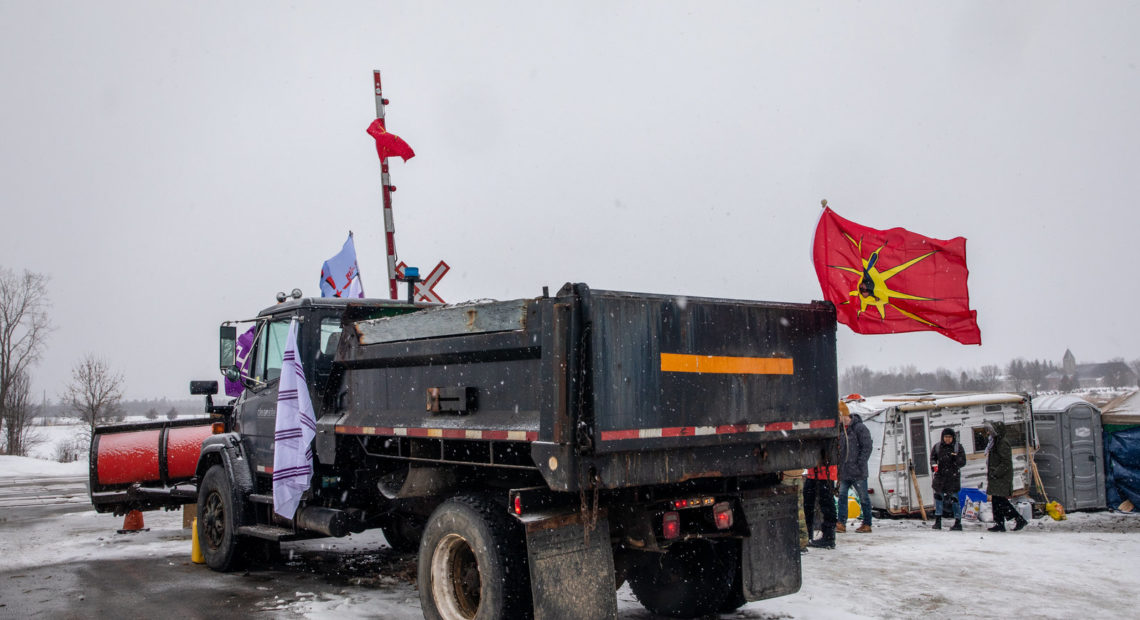 An indigenous-led anti-pipeline protest has shut down a vital cross-continent rail line in Canada, disrupting freight and passenger service and costing millions of dollars in lost revenue, officials say. 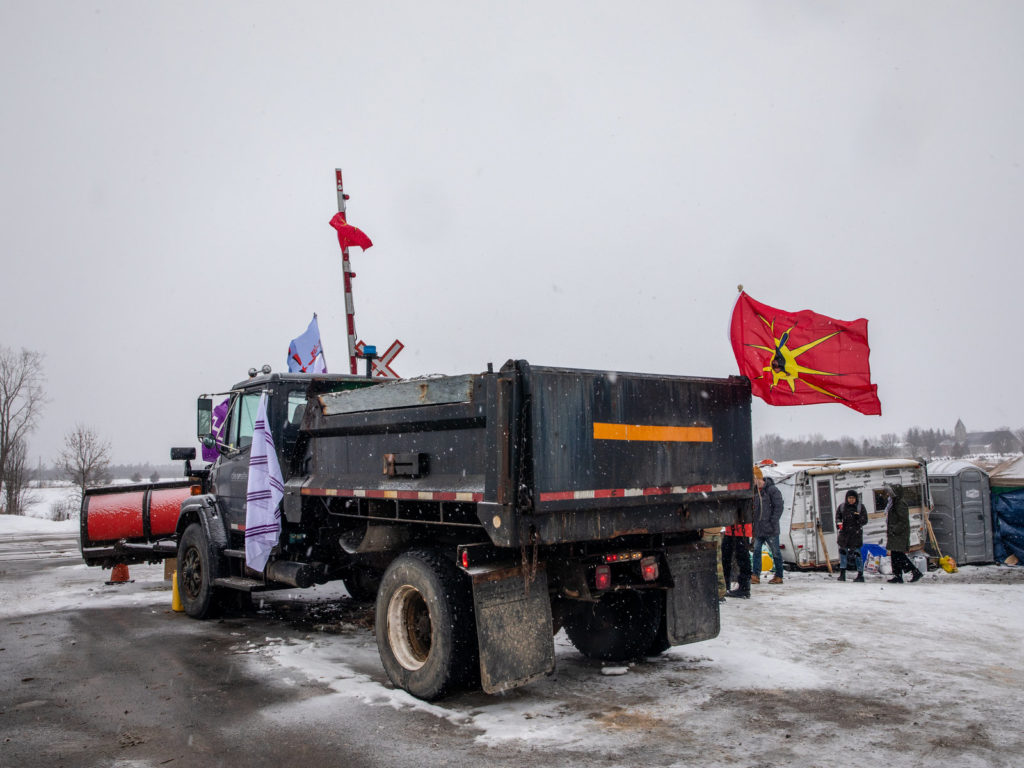 A truck sits parked at railway tracks during a protest near Belleville, Ontario, Canada, on Thursday. Demonstrators have been disrupting railroads and other infrastructure across Canada for more than a week to protest the planned Coastal GasLink pipeline. CREDIT: Bloomberg via Getty Images

Protests in Ontario have also taken place in support of the indigenous chiefs.

The pipeline passes through the traditional territory of the Wet’suwet’en First Nation near Houston, British Columbia, in the Canadian west.

The blockades went up last week after the Royal Canadian Mounted Police tried to enforce a court order demanding that construction workers be allowed access to the land. Wet’suwet’en hereditary chiefs and their supporters refused to move. In a series of confrontations at various protester camps, the RCMP arrested more than two dozen people.

“They came in with armed forces to remove peaceful people that are doing the right thing at the right time for the right reasons,” Na’Mok, one of the chiefs, told NPR. “We’re protecting the land, the air, the water, our rights and title as hereditary chiefs, and we’re exercising our jurisdiction.”

Prime Minister Justin Trudeau, who is traveling in Africa, waded into the dispute on Wednesday, calling for both sides to work toward a quick resolution.

“We recognize the important democratic right — and will always defend it — of peaceful protest,” Trudeau said during a news conference in Senegal. “But we are also a country of the rule of law, and we need to make sure those laws are respected.”

In a letter to indigenous leaders, Trudeau said his government “has been clear that there is no more important relationship to me and to Canada than the one with Indigenous peoples.”

Some 42,000 people who use the now-closed Montreal-Toronto-Ottawa triangle line’s passenger service will be forced to find other means of travel, according to The Globe and Mail.

Canadian National Railway, which owns the tracks, said Thursday that it had been “forced to initiate a disciplined and progressive shutdown” of its freight service in Eastern Canada. The Via Rail passenger service said it would park all its trains until further notice, canceling service on more than 150 trains, the Globe and Mail reports.

The Alberta wheat and barley commissions said the rail disruptions had the potential to cause economic distress to farmers, who are facing difficult harvest conditions, according to CTV News.

“Delays will result in farmers being unable to deliver their grain, meaning they can’t be paid at least until service resumes,” Dave Bishop, chair of the barley commission, said according to CTV. “We are still recovering from the harvest from hell and need reliable grain movement in order to get back on track.”

Russ Girling, the CEO of Calgary-based TC Energy, the same company in charge of the long-delayed Keystone XL oil pipeline project, said he was “extremely disappointed” that police had to be called in to enforce the court order in support of Coastal GasLink.

“[But] we will continue our efforts to attempt to engage with the hereditary chiefs of the Wet’suwet’en and Unist’ot’en in search of a peaceful long-term resolution that benefits all of the people in that community,” Girling said.