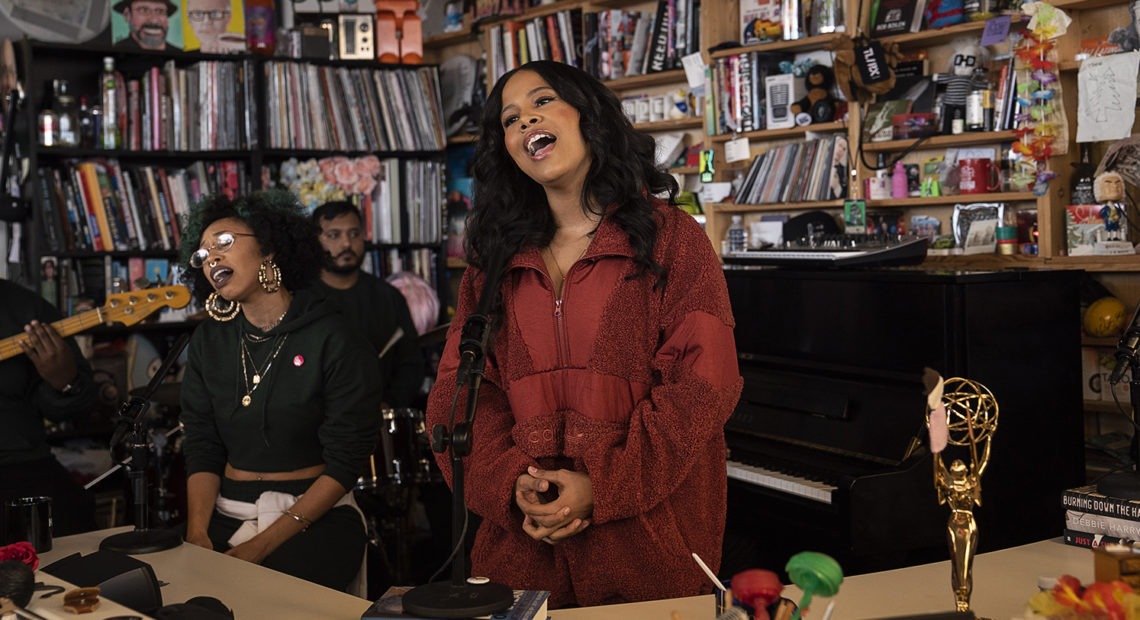 From any other new artist, a Tiny Desk declaration like that might sound a tad bit presumptuous if not altogether premature. But when the voice behind those words is as seasoned and vintage as Baby Rose’s, everything it utters reverberates like the gospel truth. The D.C. native — who came of age in Fayetteville, N.C. before coming into her own as an artist in Atlanta — returned to her birthplace, backed by a big band including strings, to perform songs from her 2019 LP To Myself.

Studio debuts as stunning as To Myself don’t come out every day, year or decade, for that matter. But to truly appreciate what Rose achieves on last year’s release, you have to see her perform those songs live. In an era when the over-reliance on Autotune has nearly everybody in radio R&B land sounding like automatons, her unadulterated voice is almost otherworldly. It’s confounding how a vocal tone so weathered and wise emerges from her so effortlessly. At 25, she mixes the bluesy melisma of Nina Simone and the deep register of Sarah Vaughan — two of her influences — with songwriting as devastating as her delivery.

“I would not be able to write with such emotion about these things without my fair share of regrets,” she says, introducing her song “Ragrets.” That kind of life experience seeps through in a performance plush with warmth and empathy. Dedicating the last song to herself — and “to anyone here that’s ever wanted to call or text somebody that you know you should not call or text” — Rose introduced “All To Myself” by congratulating those of us who’ve refrained from squandering our emotions on the undeserved.

Funny enough, the last voice heard in Baby Rose’s Tiny Desk belongs not to her but to her father, who arrived midway through her set before squeezing his way up to the front. “That’s my daughter!” he shouts over the applause as Rose laughs and claps for him. The love was well-deserved.