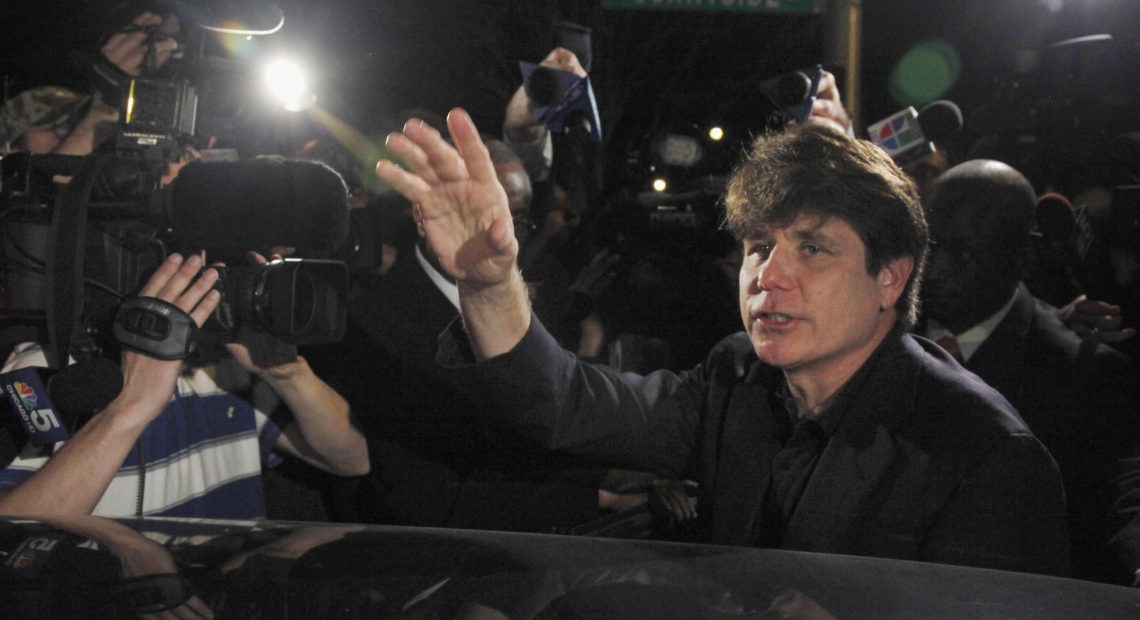 President Trump has commuted the sentence of the ex-governor of Illinois, Rod Blagojevich, who has been imprisoned since being convicted on corruption charges over his attempt to sell the Senate seat vacated by then-President Barack Obama.

On Tuesday, the White House announced that Blagojevich is among 11 people who will be receiving clemency. 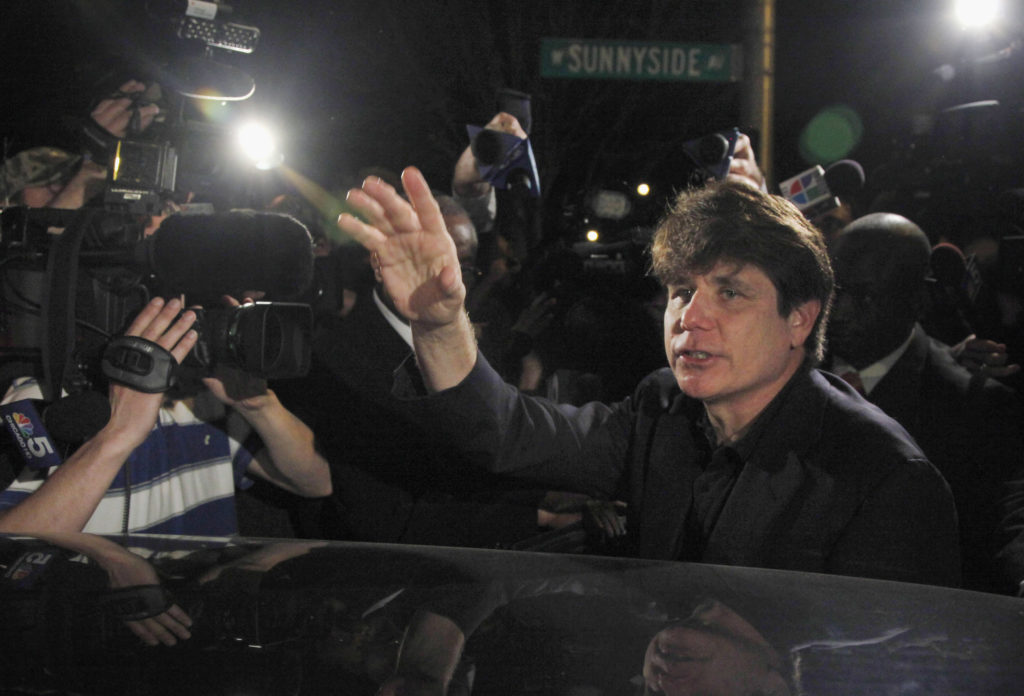 Former Illinois Gov. Rod Blagojevich departs his Chicago home in 2012. On Tuesday, Trump commuted the 14-year sentence of Blagojevich, who has been serving a prison term after being convicted on corruption charges. CREDIT: Charles Rex Arbogast/AP

“Oftentimes, pretty much all the time, I really rely on the recommendations of people who know them,” Trump told reporters.

For years, Blagojevich’s family and allies have been attempting to persuade the White House to intervene in the case after exhausting all legal appeals. His wife, Patti, has made repeated pleas on Fox News and other national outlets.

In a statement, the White House said Blagojevich has exhibited “exemplary character” during his eight years in prison.

“He tutors and teaches GED classes, mentors prisoners regarding personal and professional development, and speaks to them about their civic duties,” the statement said.

A 2015 filing from Blagojevich’s lawyers noted that the former Illinois governor studied guitar and vocals with another federal inmate and they formed a band called “The Jailhouse Rockers.”

Such prison behavior helped pave the way for his commutation, said Aaron Goldstein, one of Blagojevich’s lawyers during the corruption trials.

“To this day, if you look at what goes on in the state of Illinois and throughout the country, the bribery that happens every day, it is a bit of a headscratcher a) that he was convicted on so many counts and b) that he was sentenced so significantly.”

Others criticized Trump’s move, including Republicans in Illinois.

“In a state where corrupt, machine-style politics is still all too common, it’s important that those found guilty serve their prison sentence in its entirety,” said Tim Schneider, the chairman of the Illinois Republican Party.

The move will free Blagojevich from prison four years before his scheduled release date. The commutation will keep his corruption convictions in place.

Blagojevich, once seen as a rising star in the Democratic Party, was a contestant on Trump’s former reality show The Celebrity Apprentice.

Trump has made sympathetic comments about Blagojevich in the past, having said publicly multiple times that Blagojevich’s sentence was unfair.

Among the evidence federal prosecutors gathered on Blagojevich was his now-famous profanity on a phone call, secretly recorded by the FBI, about his attempt to profit from Obama’s vacated Illinois Senate seat.

“They don’t sound good by any means,” Goldstein, his former lawyer, said on Tuesday of the the comments on the recorded call.

Yet Goldstein continued to defend the blunt statements from his former client.

“Blagojevich, whether you want to call it stupidity or hubris or what, said those words that many, many people think to themselves,” Goldstein said.

A U.S. appeals court in 2015 threw out five of Blagojevich’s extortion convictions but the court described the evidence against him, “much of it from Blagojevich’s own mouth” as “overwhelming.”

The team that prosecuted Blagojevich reacted to the news of his commutation, saying in a statement to WBEZ that extortion by a public official is a “very serious crime.”

“While the President has the power to reduce Mr. Blagojevich’s sentence, the fact remains that the former governor was convicted of very serious crimes. His prosecution serves as proof that elected officials who betray those they are elected to serve will be held to account,” the prosecution team said.

In 2010, after Blagojevich was removed as governor of Illinois over the corruption scandal, he appeared on Apprentice, where Trump fired Blagojevich before saying, “I feel badly for him. He tried, but I feel badly.”

A jury convicted Blagojevich in 2010 on one count of lying to FBI agents and was unable to reach a consensus on 23 other charges. But in 2011, another jury convicted him on 17 counts, including 10 counts of wire fraud and one count of soliciting bribes.

A judge sentenced him to 14 years in federal prison.