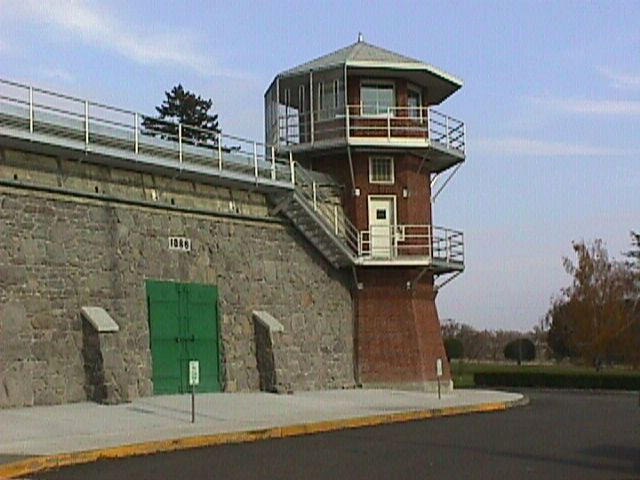 Legislation to automatically restore the voting rights of convicted felons when they are released from prison has died unexpectedly in the Washington Senate.

Majority Democrats abruptly ended debate on the controversial bill Wednesday evening when they realized they lacked the 25 votes needed to pass the measure.

The felony voting bill was the second-to-last bill up for consideration before a key cut-off for non-budget related bills to move out of their chamber of origin.

With the deadline looming, it was an opportunity for the majority party to highlight and approve a symbolically important piece of legislation.

But on this night it was not to be.

“I’ve never seen anything quite like that,” said Republican state Sen. Randi Becker who has served in the Legislature for more than a decade.

The highly unusual demise of the bill came after Senate Republicans successfully passed, with Democratic support, a pair of amendments to prohibit sex offenders on community supervision from having their voting rights restored.

Shortly after that, another Republican amendment came up for debate. It aimed to prevent people who had been convicted of a serious violent offense, like murder, from having their voting rights automatically restored. After some Democrats urged a “no” vote on that amendment, Republican state Sen. Doug Ericksen rose to speak.

Democrats narrowly defeated that amendment. Moments later, Democratic floor leader Marko Liias rose to suspend the debate and called for the Senate to adjourn for the night.

“Emotions were running high, people were really on edge and when we did our final count we didn’t quite have enough votes to get the bill across the finish line,” Liias said afterwards.

“We are extremely disappointed that the voting rights restoration bill did not pass,” said the ACLU of Washington in a statement Wednesday evening. “The right to vote is fundamental to our democracy and the time to tear down these barriers is long past due.”

The prime sponsor of the measure, Democratic state Sen. Patty Kuderer, said she was also disappointed.

“We thought we had [the votes], but as it turns out we didn’t and I agree with the decision to pull the bill,” Kuderer said.

Kuderer said she’s been working on the bill for three years and plans to reintroduce it again next year. She noted that the idea of restoring felon voting rights upon release from prison has the support of more than 50 organizations.

“They see that this policy of disenfranchisement is rooted in discrimination and racism and that if we’re ever going to deal with race in our country today, we have to address things like that,” Kuderer said.

During the floor debate, Republicans loudly objected when another Democratic senator, Manka Dhingra, invoked the legacy of Jim Crow laws and the history of African Americans being disenfranchised from voting.

“I think the idea to bring up Jim Crow was a bad idea because it’s not about discrimination, it’s not about that, it’s about, really, if you do the crime, you have to do the time,” said state Senator Tim Sheldon, a Democrat who caucuses with the Republicans.

Currently in Washington, felons provisionally regain their right to vote after finishing their prison sentence plus any required term of community supervision. They can lose that right again for failure to pay court fines and victim restitution.

Full restoration of voting rights requires a certificate of discharge, a final order of discharge or a court order.

Under the bill the Senate was considering, convicted felons would automatically have their full voting rights restored upon their release from prison even if they are placed on community supervision.

The bill would also abolish the concept of provisional voting rights. That would mean if a person violated the terms of their probation, they would not lose their right to vote.

It’s been estimated the measure could affect as many as 10,000 individuals who are on community supervision in Washington at any given time.