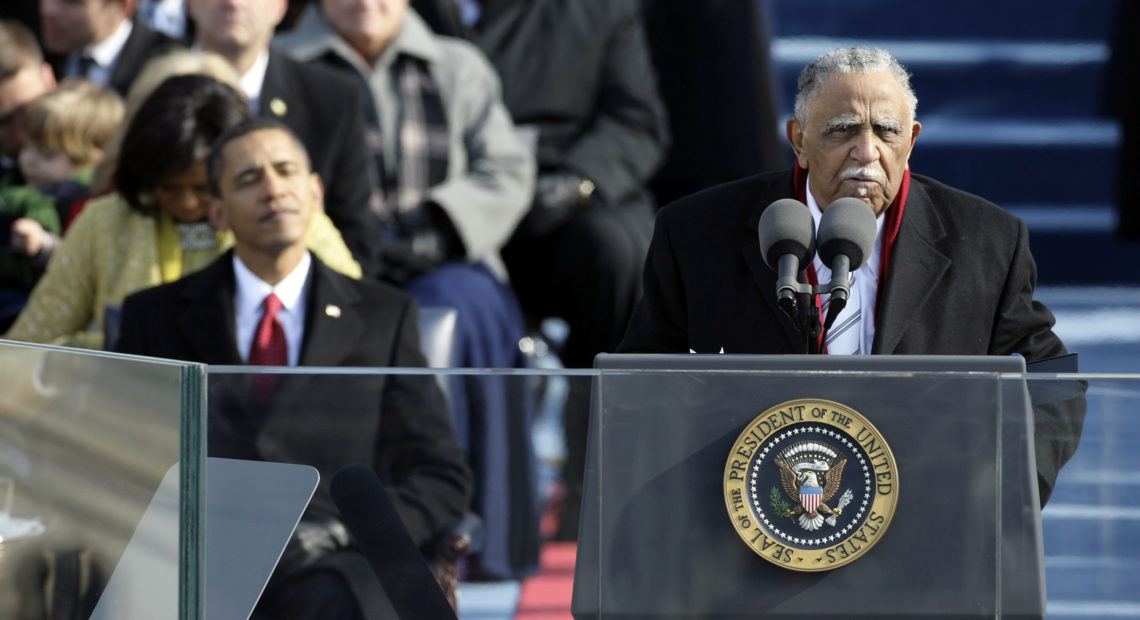 The Reverend Joseph Lowery, co-founder of the Southern Christian Leadership Conference, died Friday, according to a statement by the Joseph & Evelyn Lowery Institute for Justice and Human Rights. He was 98 years old.

Known affectionately as the “Dean” of the Civil Rights Movement, Lowery was a part of pivotal moments in the nation’s history – from early civil rights struggles to the inauguration of the country’s first black president. Even in his 90s, Lowery’s fervor never dimmed. 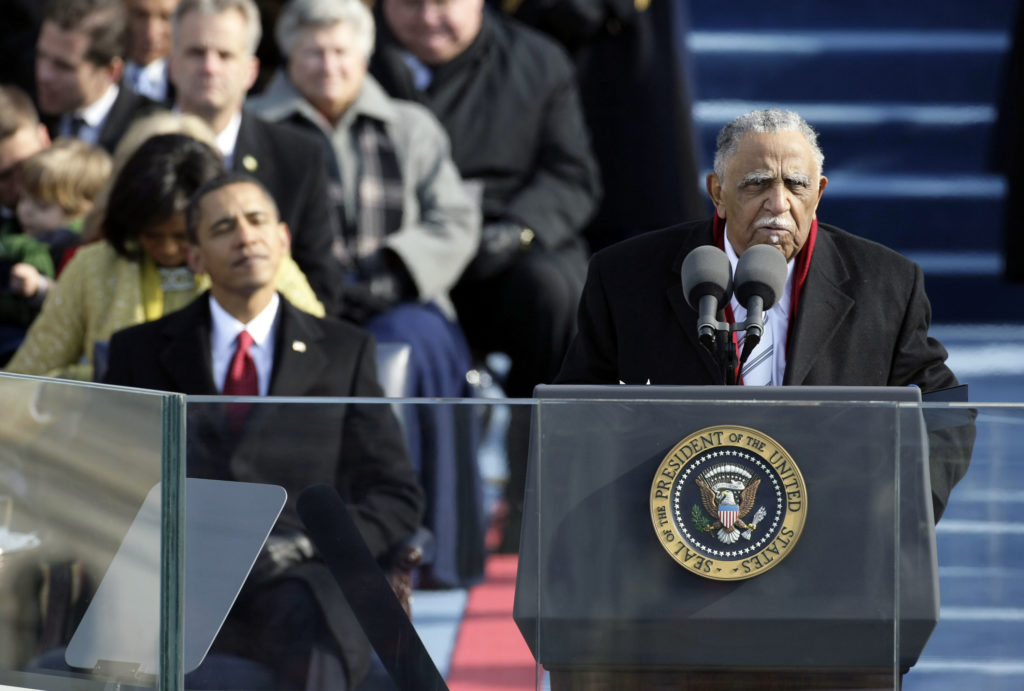 The Rev. Joseph Lowery speaks at the Lincoln Memorial in Washington, D.C., during an event commemorating the 50th anniversary of Dr. Martin Luther King Jr.’s “I Have a Dream” speech and the March on Washington for Jobs and Freedom. CREDIT: Alex Wong/Getty Images

At an appearance on the national mall in 2013, at the age of 91, he led the crowd in the chant “Fired Up? Ready to go?” The event marked 50 years since the 1963 March on Washington, which Lowery attended as a contemporary of the Rev. Martin Luther King, Jr. At that 50th anniversary appearance, he warned that hard-fought gains were under attack.

“We ain’t going back,” he said. “We’ve come too far, marched too long, prayed too hard, wept too bitterly, bled too profusely and died too young, to let anybody turn back the clock on our journey to justice.”

Joseph Echols Lowery was born in Huntsville, Alabama in 1921. He was the son of a teacher and a shopkeeper. The young Lowery experienced firsthand the brutalities of the Jim Crow South and would spend his life fighting for racial justice.

One of the first protests he organized was as a young Methodist minister in Mobile, Alabama in the early 1950s. It was aimed at desegregating city buses.

In a 2011 oral history for the Civil Rights Project at the Library of Congress, Lowery recalled sitting in the bus seats reserved for whites. “Everybody cleansed themselves, purged themselves of weapons, and had prayer,” he said. “And we took out on the bus route sitting in the front of the bus.”

From there, Lowery helped coordinate the 1955 Montgomery bus boycott, the non-violent movement that desegregated the city’s public transportation and led to the formation of the Southern Christian Leadership Conference.

As the new group’s vice president, Lowery marched, survived jail, and had his property seized by the state of Alabama.

Changing The Face Of The Nation

In the 1965 voting rights march from Selma to Montgomery, Ala., Lowery led the delegation that delivered demands to segregationist Governor George Wallace. Wallace turned state troopers on marchers as they crossed Selma’s Edmund Pettus Bridge. The violent confrontation prompted passage of the Voting Rights Act.

Four decades later, at a gathering of civil rights foot soldiers in Montgomery, Lowery reflected on that accomplishment, noting that the number of black elected officials in the country had gone from less than 300 in 1965 to nearly 10,000 by 2005.

“It changed the face of the nation,” said Lowery.

In 1995, Lowery accepted an apology from former Alabama Governor Wallace.”Thirty years ago he beat us,” Lowery told NPR at the time. “Thirty years later he came to greet us. I think that’s significant.”

A Lifetime In The Freedom Struggle

Lowery was a gregarious figure with expressive, bushy eyebrows, and a signature soul patch below his lower lip. He remained at the helm of the SCLC for decades. His social consciousness spread to a broad range of issues, at home and abroad — from apartheid in South Africa and Palestinian liberation to police brutality and states’ rights.

The day before the 2016 election, he implored young people to get the polls, saying “We labored in vain if you don’t vote.”

“There are long distance runners in this struggle and he was certainly one of those,” says Stanford University history professor Clayborne Carson. 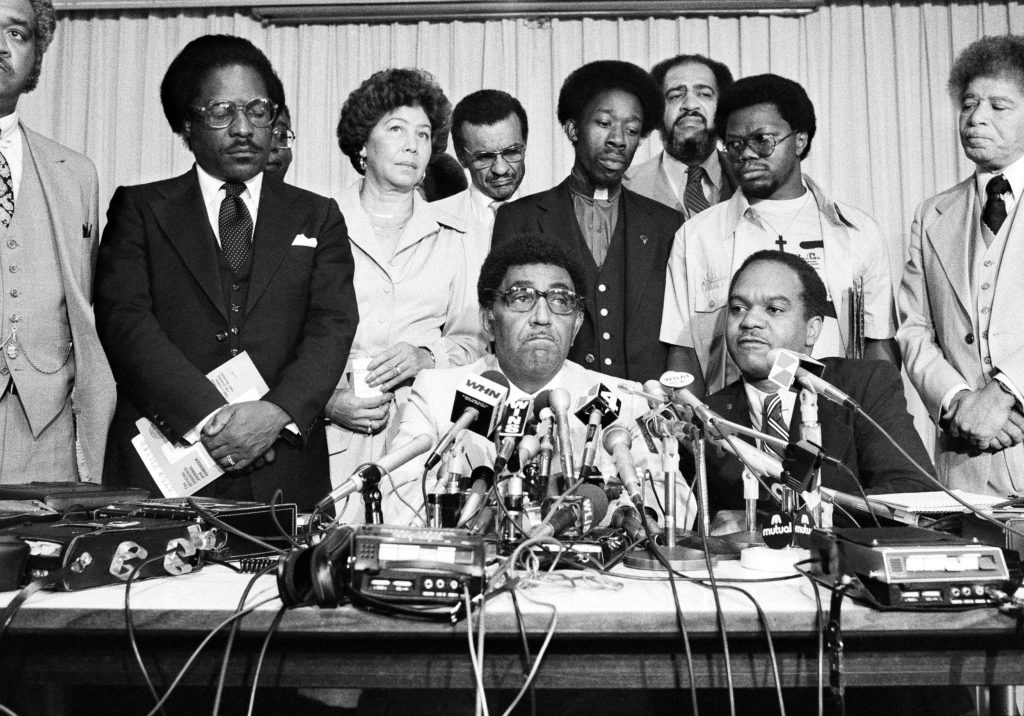 Carson is the founding director of the Martin Luther King Research and Education Institute. He says Lowery was an activist even before the founding of the SCLC. “And he remained an activist long after lots of other people decided that the civil rights movement was over,” Carson says. “I think he saw it in broader terms and from his teenage years to the end of his life he saw himself in the freedom struggle.”

Lowery pastored churches in Atlanta, and retired from the pulpit in 1992. But even in his retirement, Lowery remained at the forefront of social debates. He was among the first old-guard civil rights figures to advocate for LGBT rights.

Lowery had a reputation as a rabble-rouser. He was not one to shy away from the truth in deference to decorum. Speaking at Coretta Scott King’s funeral in 2006, he faced a front row packed with presidents and their spouses – two sets of Bushes, the Clintons and the Carters.

“I’m gonna behave,” he promised. But before long he was taking on President George W. Bush and the Iraq war. “We know now there were no weapons of mass destruction over there,” he said to a standing ovation. “But Coretta knew and we know there are weapons of misdirection right down here.”

In 2008, Lowery backed then-Senator Barack Obama for the Democratic nomination for president. It was a split with many movement veterans who supported Hillary Clinton’s campaign. President Obama asked the Rev. Lowery to give the benediction at his inauguration a year later. Lowery told NPR what it was like to get that phone call.

“It struck me forcefully that hey, you’re talking to, you really are talking to the 44th president of the United States,” Lowery said. “And he’s a fellow that looks like you.” Lowery said despite fighting for voting rights so that one day there might be a black president, he never imagined he would live to see that day.

He did, and offered a prayer for the occasion:”In the joy of a new beginning, we ask you to help us work for that day when black will not be asked to get in back; when brown can stick around; when yellow will be mellow; when the red man can get ahead, man; and when white will embrace what is right. That all those who do justice and love mercy say Amen.”

Later that year, Mr. Obama awarded Lowery the Presidential Medal of Freedom. Lowery and his late wife Evelyn established the Lowery Institute for Justice and Human Rights at Clark Atlanta University. There, a new generation is learning to forge change through non-violent tactics.