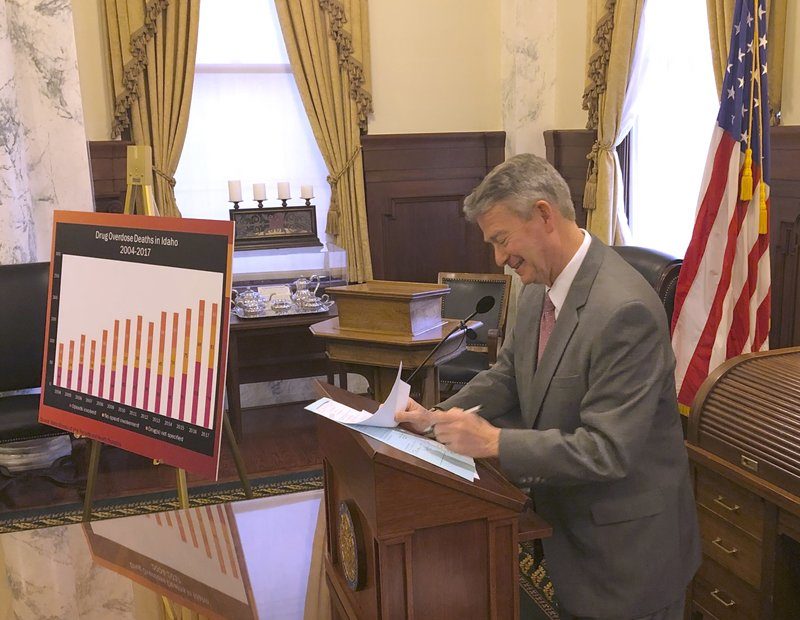 WATCH: Why Was Idaho Slower To Close Schools Over Coronavirus?

The most hotly debated education bill of the 2020 legislative session, House Bill 500 would ban transgender girls and women from participating in girls’ and women’s sports.

Little signed the bill Monday afternoon. There was no explanation for his vote — governors occasionally, but do not always, post transmittal letters outlining their decision. No letter was posted, and spokeswoman Marissa Morrison Hyer did not immediately respond to requests for comment Monday evening.

The bill’s House sponsor, Rep. Barbara Ehardt, R-Idaho Falls, did not immediately respond to a request for comment.

The bill passed both houses nearly along party lines, with a handful of Republicans joining Democrats in opposition. The votes came after lengthy and emotional public hearings and Statehouse protests.

Supporters dubbed HB 500 the Fairness in Women’s Sports Act, saying the bill would protect the gains women have made under the landmark Title IX law, by ensuring they would not have to compete against physically stronger transgender athletes. Opponents said the bill was inherently unfair, excluding transgender students, an already marginalized student group. They also said the bill could subject transgender athletes to invasive physical examinations, a claim disputed by the bill’s supporters. 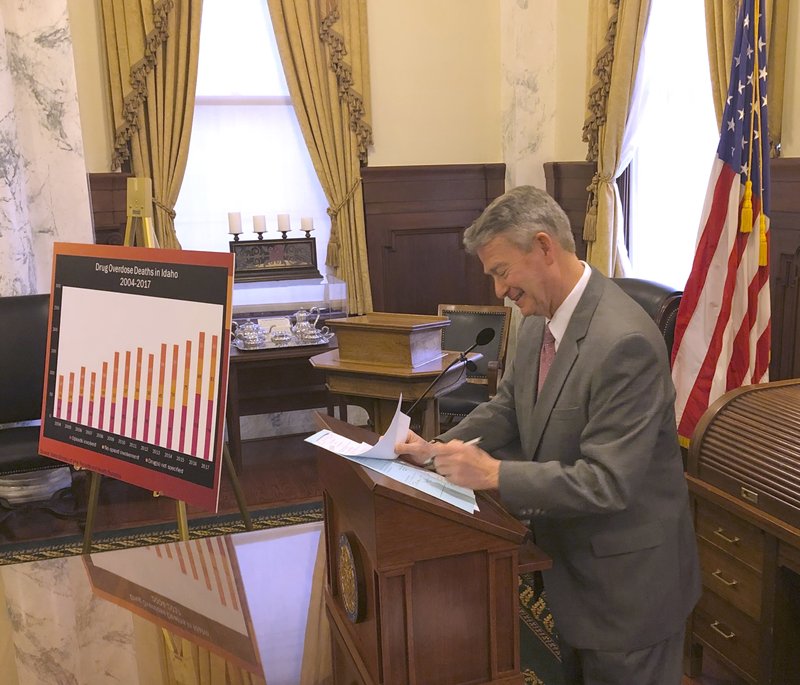 The debate also centered on need. Critics said Idaho has never faced a dispute concerning a transgender athlete’s eligibility, while supporters called a proactive step to address an issue that has surfaced in other states.

But much of the debate centered on the law. Citing an opinion from Attorney General Lawrence Wasden’s office, critics raised myriad legal concerns. Among other issues, they said the bill would violate a transgender athlete’s 14th Amendment protections, and violate the Commerce Clause by requiring the NCAA to eschew its transgender athletics policy and adhere to Idaho’s more strict standards.

Leading into Monday’s decision, Little had been largely silent on HB 500 — or other bills restricting transgender rights. But in a Feb. 19 question-and-answer session with reporters, Little had indicated he was lukewarm to the proposals, suggesting they seemed more like a response to issues that had surfaced in other states.

“I’m not a big discrimination guy,” Little said at the time.

House Bill 440 would roll back affirmative action protections, banning public agencies from discriminating against, or extending preferential treatment to, “any individual or group on the basis of race, sex, color, ethnicity, or national origin in the operation of public employment, public education, or public contracting.” The Boise Metro Chamber of Commerce opposed the bill, saying it could impact college financial aid, “further creating barriers to educational opportunities.”

House Bill 509 would ban transgender Idahoans from changing the gender marker on their birth certificates — in direct contradiction to a federal court ruling on the issue.

“I am disgusted and disappointed that Gov. Little has decided to waste valuable taxpayer money to fight court battles over issues that are not a priority to Idahoans,” said Rep. Lauren Nechochea, D-Boise. “I am stunned the GOP would prioritize genital exams for children and allowing hiring discrimination while people are dying by the thousands nationwide.”

Under the law, Little is required to act by Tuesday on the last pieces of legislation passed during the 2020 session. Since the session adjourned more than a week ago — with lawmakers leaving town for the year — legislators would not have been able to try to override a gubernatorial veto. That means Little the final word on HB 500.

Little has vetoed five other bills this session.

Originally posted on IdahoEdNews.org on March 30, 2020. This article is re-published with permission.