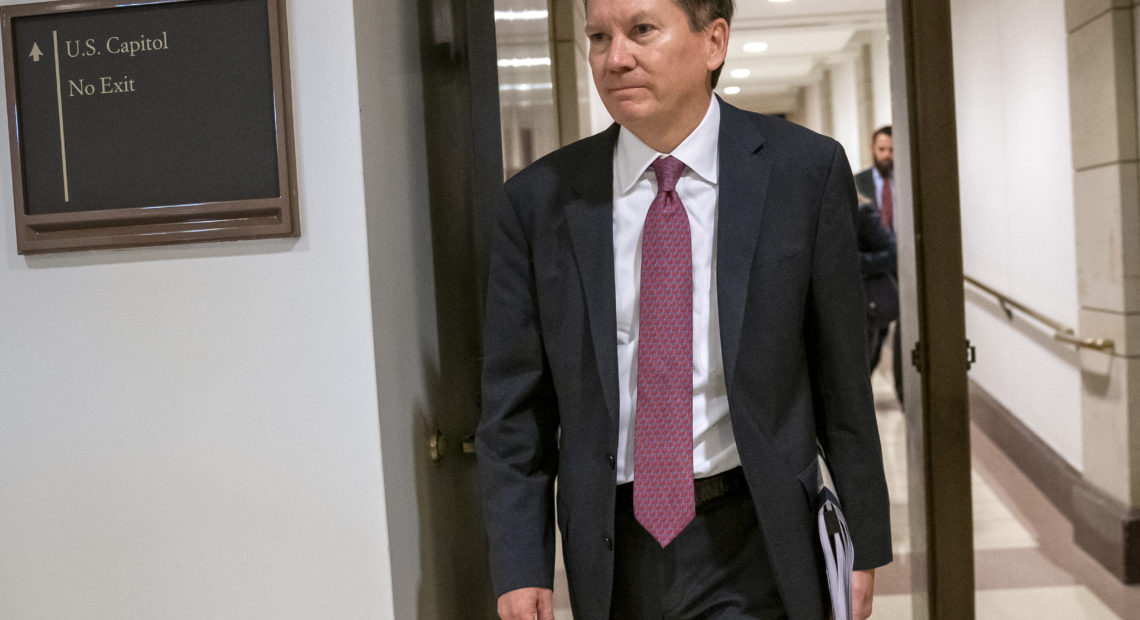 In a letter to the Senate Intelligence committee chairs Friday, Trump said he “no longer” has the fullest confidence in Atkinson. The letter says the removal will be effective “30 days from today.”

Atkinson first raised concerns about a complaint involving President Trump’s communications with Ukraine, which led to the impeachment inquiry.

An intelligence official tells NPR that Tom Monheim, a career intelligence professional, will become the acting inspector general of the intelligence community. 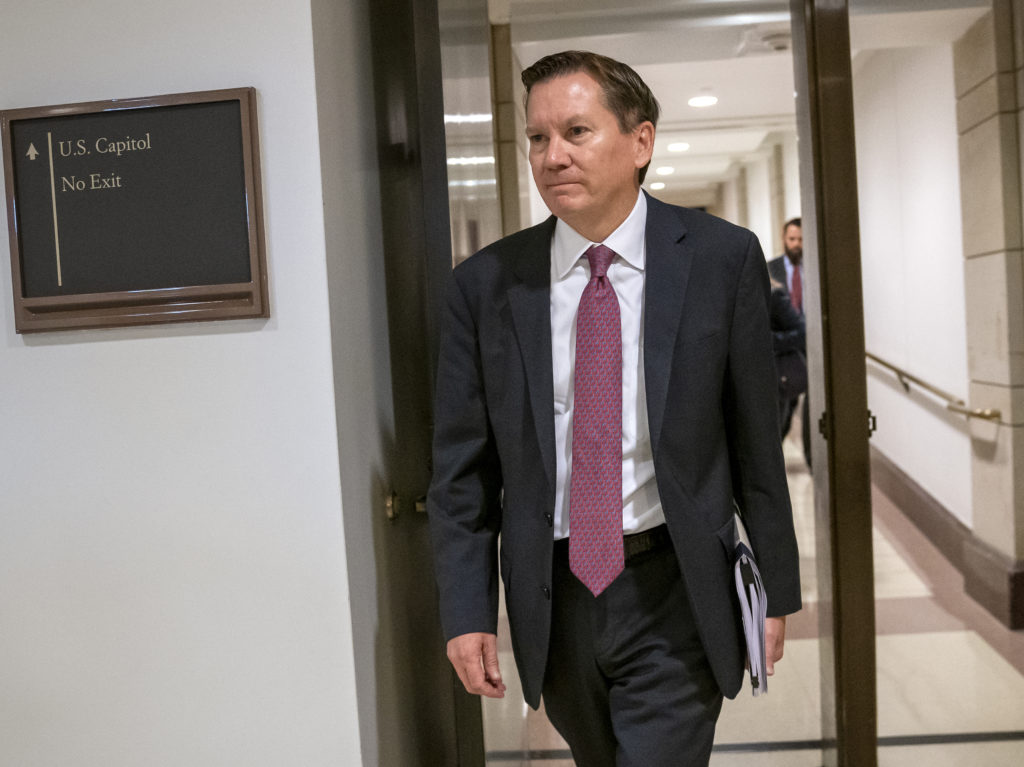 Michael Atkinson arrives at the Capitol last October where he was questioned about the whistleblower complaint that exposed a controversial July phone call the president had with Ukrainian President Volodymyr Zelenskiy.
CREDIT: J. Scott Applewhite/AP

Atkinson received a complaint in August 2019 about allegedly improper commitments made by President Trump to Ukrainian President Volodymyr Zelenskiy. The complaint was later released by the House Intelligence Committee, leading the White House to release an account of the call in which Trump asked Ukraine’s president to investigate the family of former Vice President Joe Biden. The events led to a historic, contentious impeachment inquiry.

After the House voted to impeach Trump, the Senate acquitted him on two articles of impeachment in February.

Democrats quickly criticized the president for the firing. House Intelligence Chair Rep. Adam Schiff, who led the charge to impeach Trump, said the president’s decision “is yet another blatant attempt by the President to gut the independence of the Intelligence Community and retaliate against those who dare to expose presidential wrongdoing.”

“At a time when our country is dealing with a national emergency and needs people in the Intelligence Community to speak truth to power, the President’s dead of night decision puts our country and national security at even greater risk,” Schiff continued.

Sen. Mark Warner, vice chair of the Senate Intelligence Committee, said it is “unconscionable that the President is once again attempting to undermine the integrity of the intelligence community by firing yet another an intelligence official simply for doing his job.”