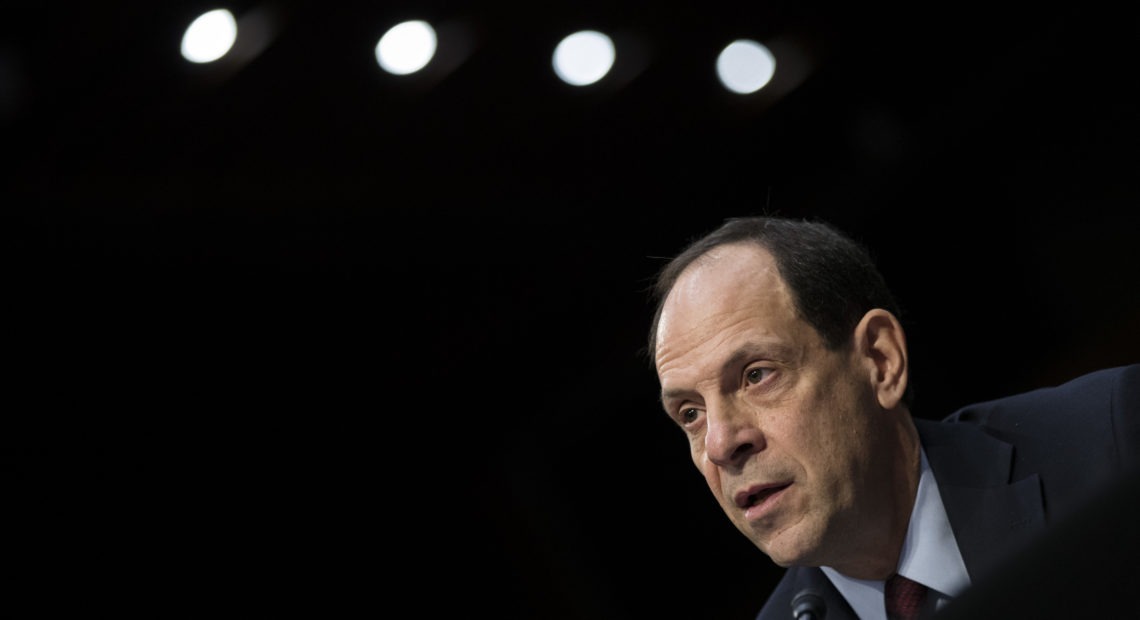 President Trump has removed the head of a group charged with overseeing the $2 trillion Coronavirus package passed by Congress last month.

The Coronavirus recovery law requires that an existing inspector general be selected by a council of inspectors general to oversee the response to the pandemic. That council picked Glenn Fine, the acting inspector general at the Department of Defense, to lead the newly formed Pandemic Response Accountability Committee. 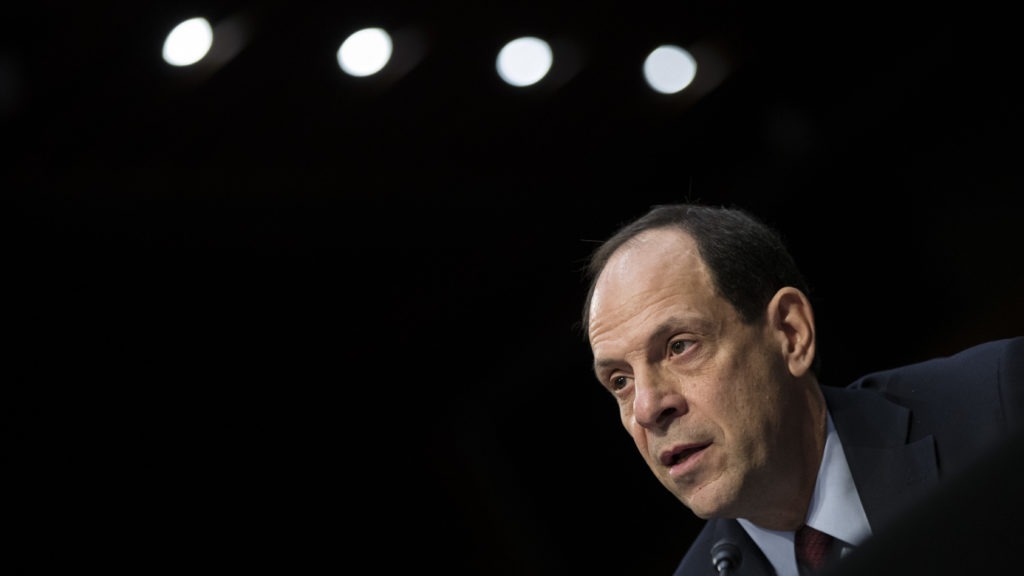 Glenn Fine, then the acting Inspector General at the Department of Defense, testifies during a Senate Judiciary Committee hearing on December 6, 2017. Fine was the defense department’s acting inspector general until April 6, 2020, when President Trump replaced him. CREDIT: Drew Angerer/Getty Images

Glenn Fine “is no longer on the Pandemic Response Accountability Committee,” said Dwrena Allen, a spokesperson for the Pentagon Inspector General’s office, adding that Fine would revert to his old role as the Principal Deputy Inspector General at the Department of Defense.

Fine has worked under both Republican and Democratic administrations, serving for more than a decade as the inspector general at the Department of Justice. He later joined the Department of Defense’s Office of Inspector General in 2015.

In a statement, Rep. Carolyn Maloney, the Democrat who chairs the House Committee on Oversight and Reform, called Fine’s removal “a direct insult to the American taxpayers,” adding that Trump’s “actions are a blatant attempt to degrade the independence of Inspectors General who serve as checks against waste, fraud, and abuse.”

The White House did not immediately respond to a request for comment.

Trump has bristled at the oversight actions of several inspectors general during his presidency. This featured prominently over the past week, including with the firing of Intelligence Community inspector general Michael Atkinson on Friday.

Atkinson pushed back, saying in a statement late Sunday that his actions were in keeping with the federal whistleblower law.

“It is hard not to think that the President’s loss of confidence in me derives from my having faithfully discharged my legal obligations as an independent and impartial Inspector General,” said Atkinson, who received a whistleblower complaint in August 2019 about allegedly improper commitments made by Trump to Ukrainian President Volodymyr Zelensky. The complaint eventually led to an impeachment inquiry, and eventually the acquittal of the president in an impeachment trial.

The president has also criticized Inspector General findings at the Department of Health and Human Services. A report published yesterday found that hospitals are struggling to properly source supplies in response to the Coronavirus crisis, and were facing delays in COVID-19 testing.

The president said that complaints about delays in test results were “wrong” and suggested that the inspector general was politically motivated.