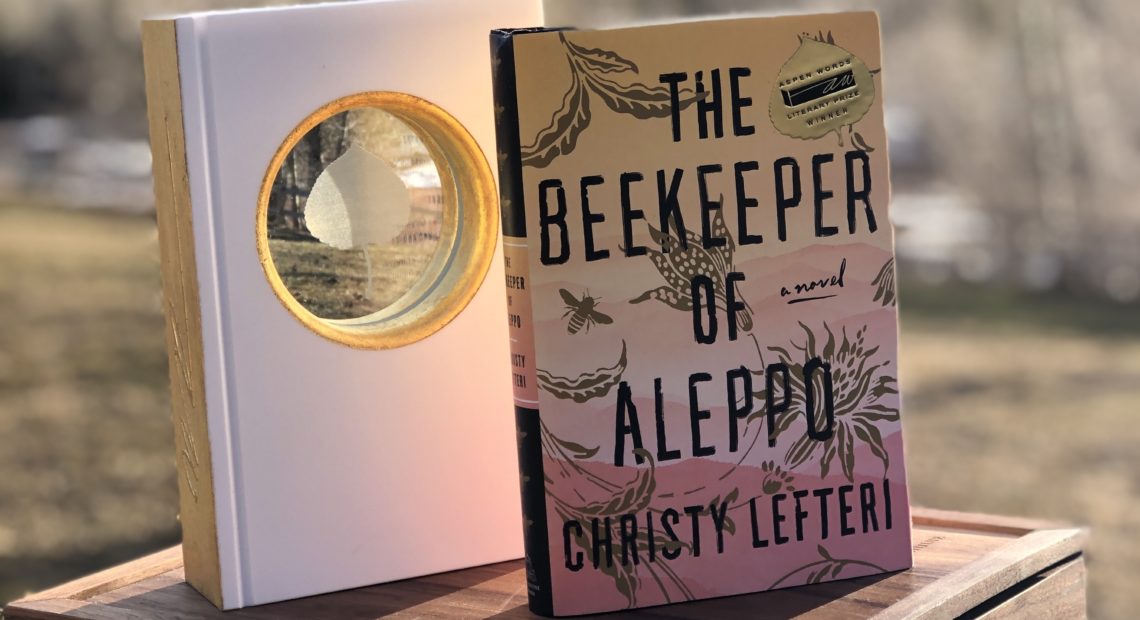 Christy Lefteri grew up in the shadow of trauma. Her parents fled Cyprus after the Turkish invasion in 1974, and though the Cypriot refugees eventually made it to the United Kingdom, they couldn’t help but bring their pain with them.

Lefteri won the third annual Aspen Words Literary Prize on Thursday, which, in partnership with NPR, awards $35,000 for illuminating a “vital contemporary issue” in fiction. Her winning novel, The Beekeeper of Aleppo, traces the path of a pair of refugees whose lives have been shattered by the years-long war in Syria, and who have little hope to guide them but a cousin who awaits them in the U.K. 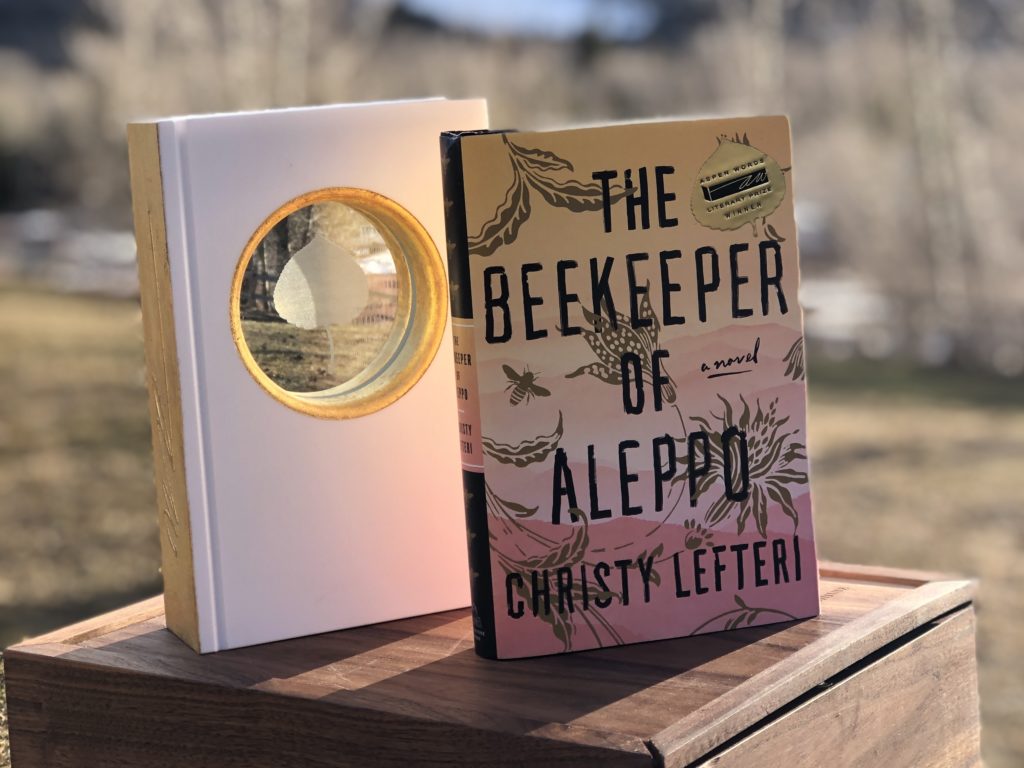 Lefteri beat out a shortlist of finalists that also included Nicole Dennis-Benn, Valeria Luiselli, Bryan Washington and Brian Allen Carr. By doing so, she adds her name to a list of Aspen winners that features Mohsin Hamid and Tayari Jones.

And she tells NPR that her win has not just brought her joy, though there certainly has been joy. She has also felt a seeping kind of sadness since she learned in private last week, remembering the refugees who inspired her novel — not just her parents, but also the people whom she met several years ago in Athens, where she says she volunteered at a refugee support center.

“I knew that I could get on a plane and come back to London whenever I wanted. But those people that I met — those wonderful people were stuck in Athens, and they didn’t know where they were going to end up,” says Lefteri, who was raised and is based in the U.K. “I think winning this award is so exciting, it’s such a wonderful thing, and at the same time, it reminds me of those things that I feel so passionately about that need to change in the world.”

That’s part of the idea of the prize. First awarded in 2018 by Aspen Words, a nonprofit literary center with the Aspen Institute, the prize seeks to recognize fiction writers who don’t shy from the messy — often painful — realities of the world. In this year’s crop of finalists, for instance, writers grappled with the effects of poverty, racial injustice, American immigration policy and the opioid crisis in the U.S.

But there was something about Lefteri’s work, ultimately, that set it apart in judges’ eyes. “We see wars on our screens and cross paths with the survivors in new lives in our neighborhoods, but we don’t see them,” Esmeralda Santiago, who served on the prize jury, said in her citation. “Lefteri brings us closer so we can, without fear.”

The notion of distance is a salient one.

Lefteri says the attempt to bridge the distance she felt from the Syrian refugees whose voices inspired her novel was a constant struggle for her in composing it. After returning from the center and beginning work on the book, for instance, she turned repeatedly to her Arabic tutor, Ibrahim, a native of Aleppo himself, for guidance on a physical layout of a city that continued war prevented her from visiting herself.

And her sense of persistent distance, in space and time, in empathy and emotion, from her father’s buried memories and the physical danger of Syria, helped drive her desire to compose the book.

“Even though I know the pain that my parents went through, somehow in my mind it’s still confined to a different time. I think sometimes we get so accustomed to thinking that danger exists elsewhere, that other people are going to suffer,” she says.

“I haven’t lived through a war, so I couldn’t possibly know enough about it, but I tried to put myself in the shoes of those characters as much as I could,” she adds, “so that there wasn’t that kind of distance between the reader and the suffering of these people, their hopes and their dreams.”