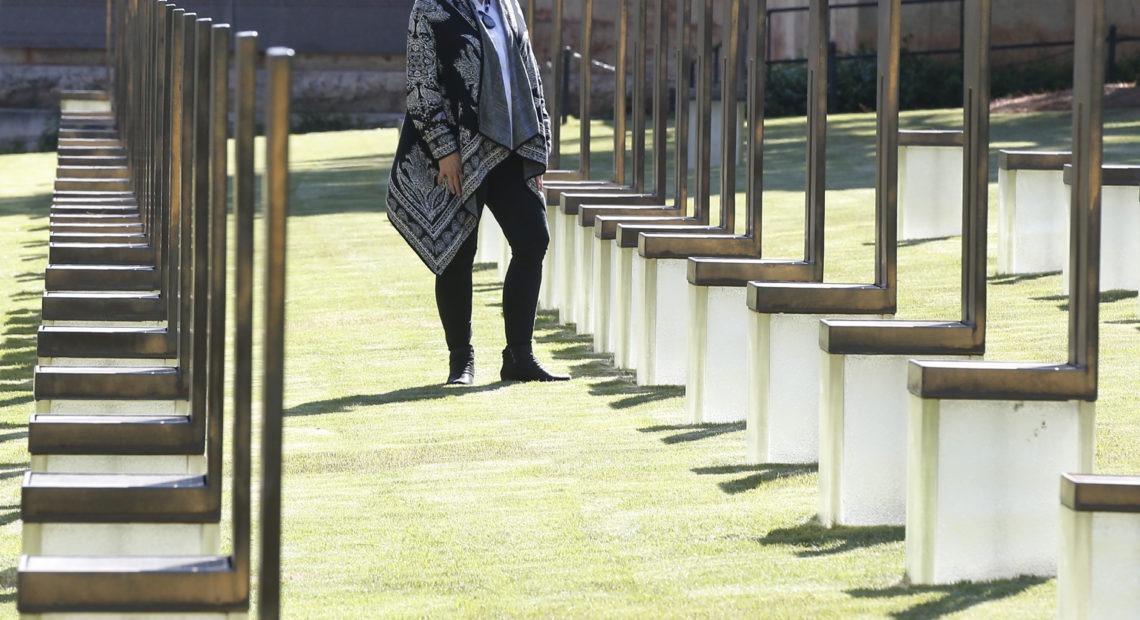 Before 9/11, there was Oklahoma City.

On April 19, 1995, the United States experienced what was — to that point — the most deadly act of terror ever perpetrated on American soil, when a right-wing extremist detonated a truck bomb next to the Alfred P. Murrah Federal Building in Oklahoma City. 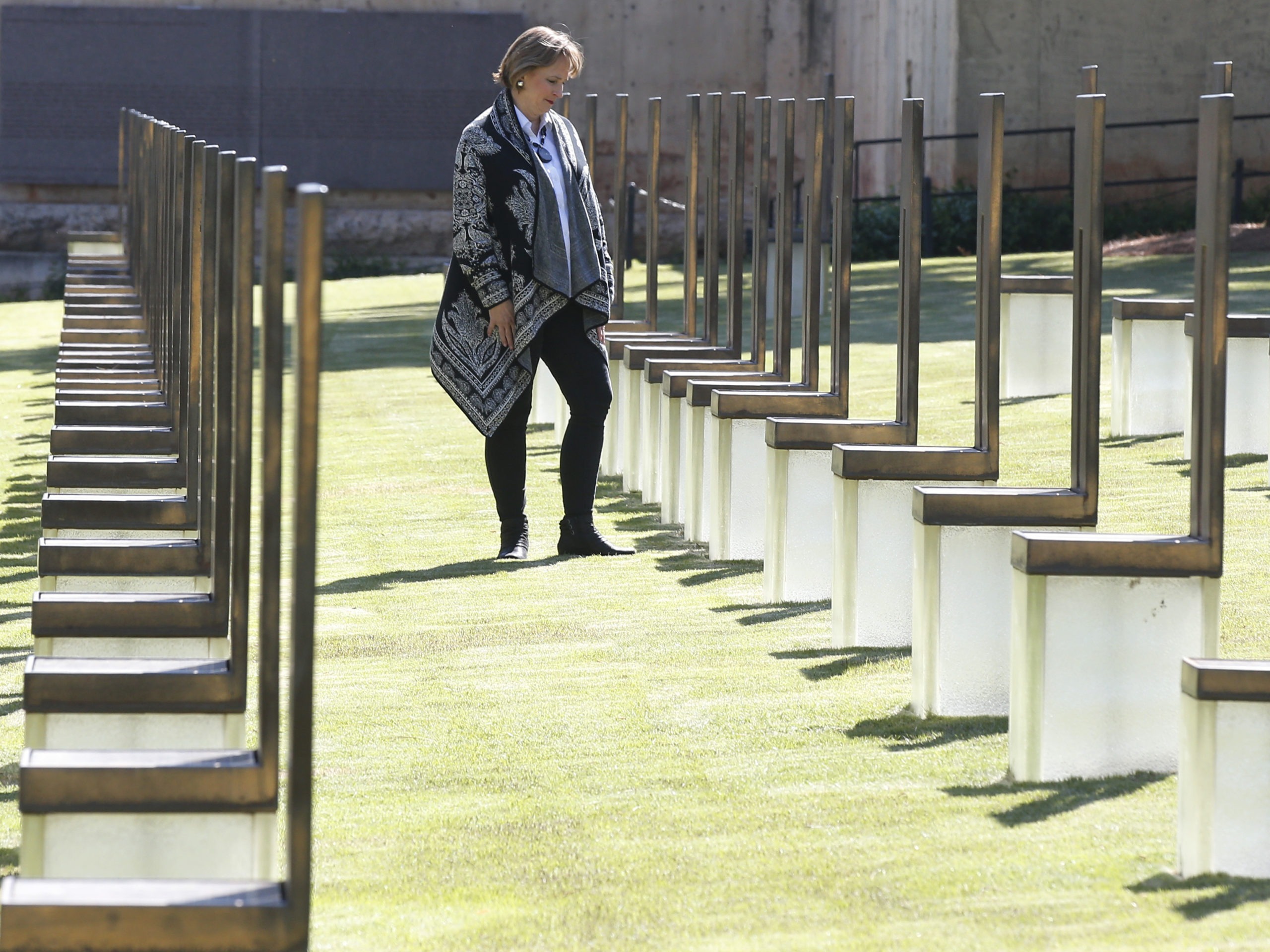 Lynne Gist stands at her sister’s chair in the Field of Empty Chairs at the Oklahoma City National Memorial and Museum. Gist lost her sister, Karen Gist Carr, when a truck bomb ripped through a federal building in downtown Oklahoma City and killed 168 people 25 years ago. CREDIT: Sue Ogrocki/AP

It’s been 25 years since 168 people — including 19 children — lost their lives when thousands of pounds of fertilizer, fuel and other chemicals exploded and ripped a gaping hole in the building’s facade.

On Sunday, the city’s mayor, David Holt, marked the anniversary by saying the way Oklahoma City responded to that tragedy can inform how the nation responds to the coronavirus pandemic.

“COVID-19, 9/11, the bombing, these are all similarly shared experiences along this journey we call life,” Holt said in a commemorative video that aired on local stations. “In the wake of such events, what matters is that we take lessons from them and emerge wiser and more prepared to face similar challenges ahead.”

The bombing, carried out by Timothy McVeigh, began with dehumanization, Holt said.

“The journey to such an act begins with thoughts. Those thoughts become words, and like a virus, those words are heard by others,” he continued. “Soon, one carrier becomes many, and an ecosystem is created where ideas once considered absurd are treated with credibility.”

Holt said he sees similarities in the current political climate.

“If you are not hearing those echoes again in our current political discourse, I ask you to listen harder,” Holt said. “We all have an obligation to speak up and to reject words of dehumanization, words that divide us, words that cast others as our enemy. Right now, I hear such words coming out of the mouths of some of the most prominent people in our country.”

“Let this place be a reminder,” Holt said. “We must have better conversations. We must reject dehumanization. We must love one another.”

In most years, the Oklahoma City community gathers together where the Murrah building once stood, observing moments of silence just after 9 a.m., when the truck bomb was detonated. This year, the Oklahoma City National Memorial & Museum was off limits to mourners, as the video remembrance took the place of an in-person ceremony.

But the names of the lost were still read, and 168 seconds of silence were observed, as the tribute video lingered on images of the memorial and its 168 empty bronze chairs.

“After 25 years, this lesson from Oklahoma City is as important as ever, as America is facing another unprecedented challenge,” wrote former President Bill Clinton in an op-ed published Sunday in The Oklahoman. Clinton was president when the city was attacked.

“COVID-19 has claimed the lives of people we know and love, upended millions of livelihoods, and forced all of us to change the ways we interact with one another — including, for the first time, preventing the Oklahoma City community from coming together in person on the anniversary of the bombing.

“There are difficult and uncertain days ahead,” Clinton continued. “In many ways, this is the perfect time to remember Oklahoma City, and to repeat the promise we made to them in 1995 to all Americans today: we have not lost each other, we have not lost America, and we will stand together for as many tomorrows as it takes.”