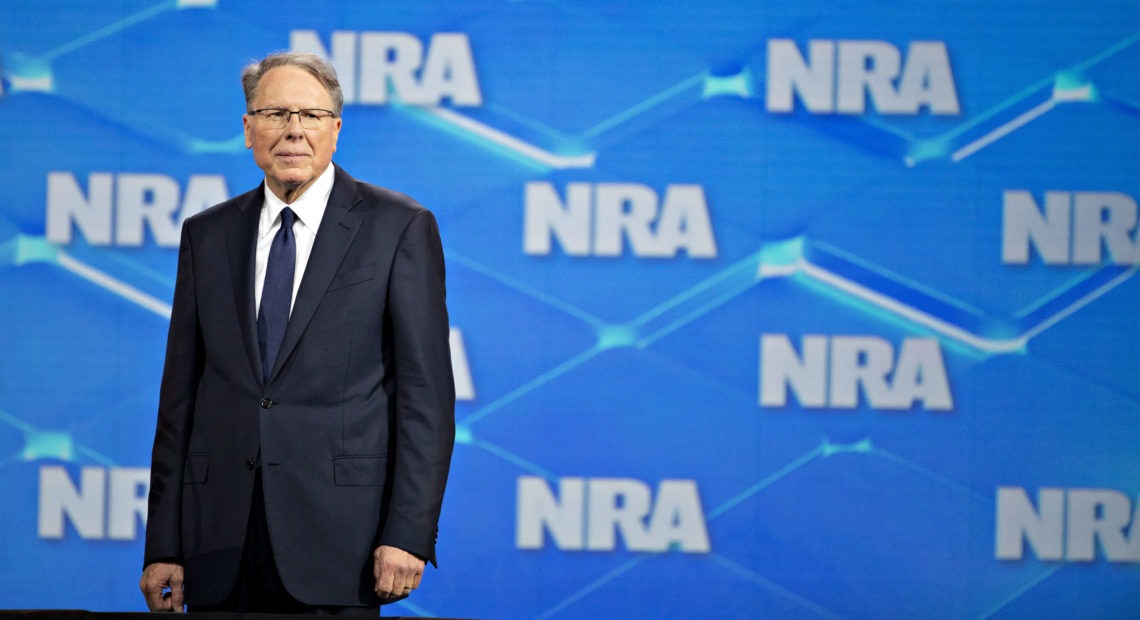 The National Rifle Association’s legal troubles have cost the powerful gun rights group $100 million, according to a recording of the group’s board meeting obtained by NPR. 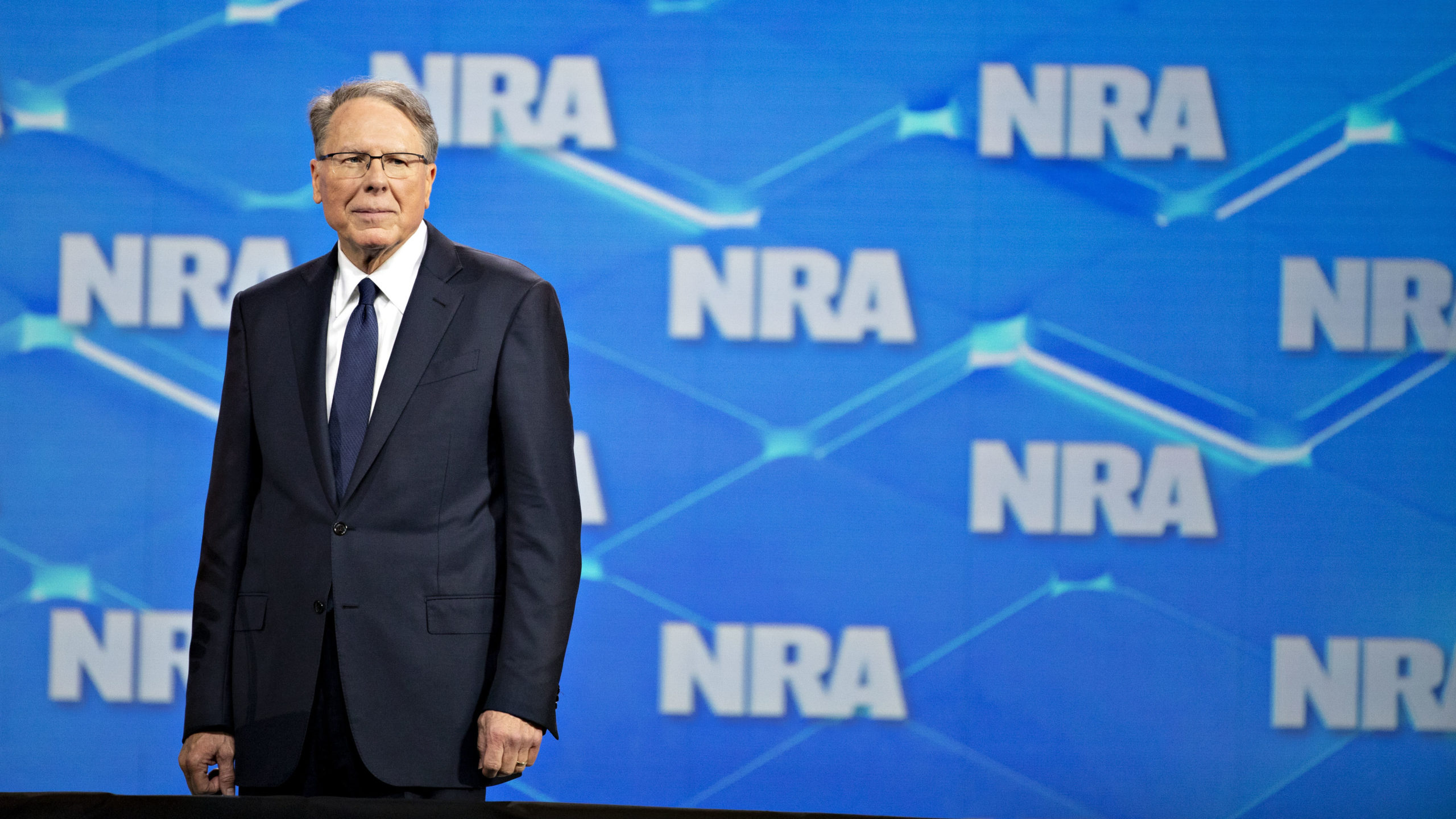 In the January 2020 recording, NRA CEO Wayne LaPierre criticizes ongoing investigations by the New York and Washington, D.C., attorneys general, bemoaning “the power of weaponized government.” And he told the NRA’s board of directors, assembled for the group’s winter meeting in January, that the organization has had to make $80 million in cuts to stay afloat.

The NRA’s internal turmoil burst into the open at the April 2019 annual members’ meeting, when then-President Oliver North stepped down from the organization in protest after allegations of self-dealing and poor management of NRA funds were revealed in media reports.

These reports included mentions of LaPierre’s lavish six-figure spending on clothing and travel. An attempt to oust LaPierre failed at that same meeting.

Subsequently, the New York and D.C. attorneys general launched investigations into the NRA’s finances. Eight board members have resigned over the last year. And the NRA has been locked into protracted and costly legal battles with its longtime public relations firm.

LaPierre, who is the CEO and executive vice president of the gun rights group, said the scandals that have consumed his organization since 2018 have cost the group dearly.

“The cost that we bore was probably about a hundred-million-dollar hit in lost revenue and real cost to this association in 2018 and 2019,” LaPierre said, according to a tape recorded by a source in the room. “I mean, that’s huge.”

These figures, not previously reported, are the first time that LaPierre has put a figure to how much the ongoing legal battles have cost the organization. For context, the NRA and its affiliates raised more than $412 million and spent more than $423 million in 2018, the last year for which there is public reporting,

To weather the storm, LaPierre said that he had dramatically reduced the size of the organization’s budget.

“What we did in order to survive and adjust is we took in 2019 and 2020 … about $80 million in real costs out of the NRA budget,” LaPierre said. “I mean, we kinda reframed this entire association. We took it down to the studs.”

Although the NRA has maintained its membership level — LaPierre claims it at “right around 5 million” — he said that there was still much to do: “We’re not out of the woods yet. We still gotta wrestle with this financial situation.”

LaPierre also lashed out at the attorneys general of New York and D.C. LaPierre compared their investigations to oppression from autocratic regimes, calling the probes “the power of weaponized government.”

“I’ve never seen anything like that in the United States of America, to tell you the truth. I mean, that is Cuba, that is communist China, that is Venezuela, it’s Russia, it’s every other country we look at and we say, ‘Thank God we don’t live there,’ ” LaPierre said.

The offices of the D.C. and New York attorneys general declined to comment.

LaPierre made these comments on Jan. 11 of this year during an NRA board meeting in Virginia. While board members made up most of the members in attendance, there were also NRA staff in the room, as well as a few dozen NRA members.

One of those present was Ron Carter, the vice president of Save the Second. His organization consists of NRA members who are urging financial reform and accountability within the National Rifle Association.

“The repeated statement from LaPierre about the $100 million cost to the NRA should have come with an apology for having manifested the situation,” Carter told NPR. “The lack of accountability is troubling for many members.”

Save the Second is not associated with the recording obtained by NPR. The National Rifle Association did not return a request for comment.

And legal costs remain a heavy burden on the organization: In the ongoing litigation between the NRA and Ackerman McQueen, its former public relations firm, a brief filed by the firm on April 15 indicates its belief that the NRA has paid its outside legal counsel “over $54 million” in the last two years.