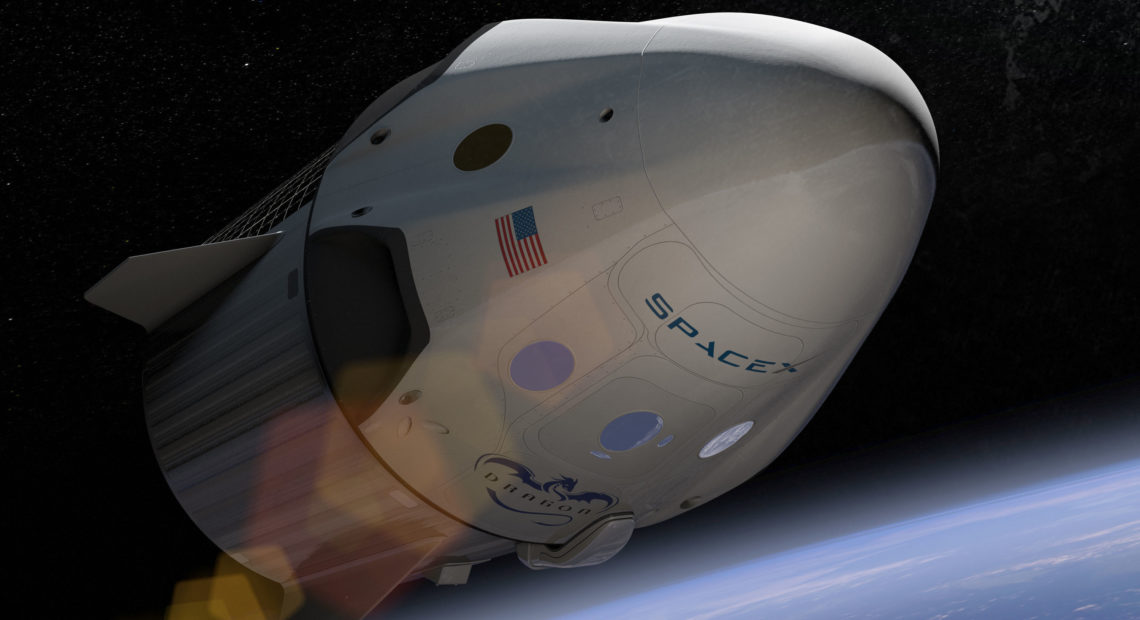 Because of the coronavirus, NASA’s top official is asking space fans to not travel to Florida later this month to watch astronauts blast off from American soil for the first time since the retirement of the space shuttles in 2011. 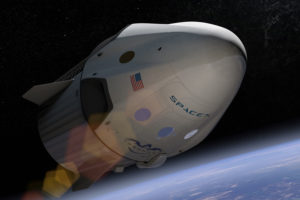 An arist’s depiction of SpaceX’s Crew Dragon, which is set to take NASA astronauts to the International Space Station May 27. CREDIT: SpaceX

“When we look back to the space shuttle launches, we had hundreds of thousands of people that would descend on the Kennedy Space Center,” NASA Administrator Jim Bridenstine said in a pre-flight briefing. But, he noted, now is unfortunately not a good time for people to gather in large crowds.

“We’re asking people not to travel to Kennedy, but to watch online or watch on your television at home,” said Bridenstine, who confessed that it made him feel “sad” to have to say this.

The upcoming test flight is historic because the two astronauts, Robert Behnken and Douglas Hurley, won’t be flying in a NASA vehicle. Instead, they’ll go up inside a capsule created by SpaceX, the rocket firm founded by wealthy entrepreneur Elon Musk.

This first launch of people in a company-owned spacecraft, currently scheduled for 4:32 p.m. EDT on May 27, will be a milestone for both NASA and commercial spaceflight.

The astronauts are headed to the international space station, the orbiting outpost that has been continuously occupied for nearly 20 years. Since the shuttles retired, NASA has relied on Russian rockets to get crews to the station. With this upcoming launch, NASA will be starting to buy rides from companies that are operating a kind of space taxi service.

“We are going to launch American astronauts on American rockets from American soil,” Bridenstine said. “We’re going to do it here in the midst of the coronavirus pandemic. And I’m going to tell you that this is a high-priority mission for the United States of America. We, as a nation, have not had our own access to the international space station for 9 years.” 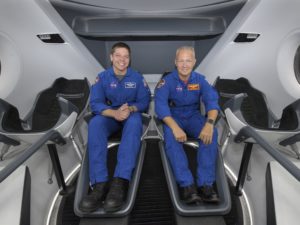 NASA astronauts Bob Behnken, left, and Doug Hurley, are assigned to fly on the first test flight of SpaceX’s Crew Dragon May 27. Here, they pose inside a mockup of the spacecraft in Houston in 2018. CREDIT: Bill Ingalls/NASA

Gwynne Shotwell, president and chief operating officer of SpaceX, said her company had worked closely with NASA for over a decade to make missions like this one a reality.

NASA’s goal has been to let commercial space companies take over routine transportation to the station, while it focuses on venturing out farther. The agency is currently working at a breakneck pace to try to return humans to the surface of the moon by 2024, though many are skeptical that this target date is possible.

SpaceX was founded in 2002 with an expectation that it would someday launch people into space. Its robotic capsules have already been taking cargo to the station. But carrying astronauts is a completely different level of responsibility.

NASA has a long tradition of public openness regarding its launches, and Shotwell said SpaceX will be as transparent as it can and that the launch would be jointly webcast with NASA.

“I can’t imagine a scenario where the public doesn’t know what’s going on with this particular mission,” she said — even if they have to watch it from home.