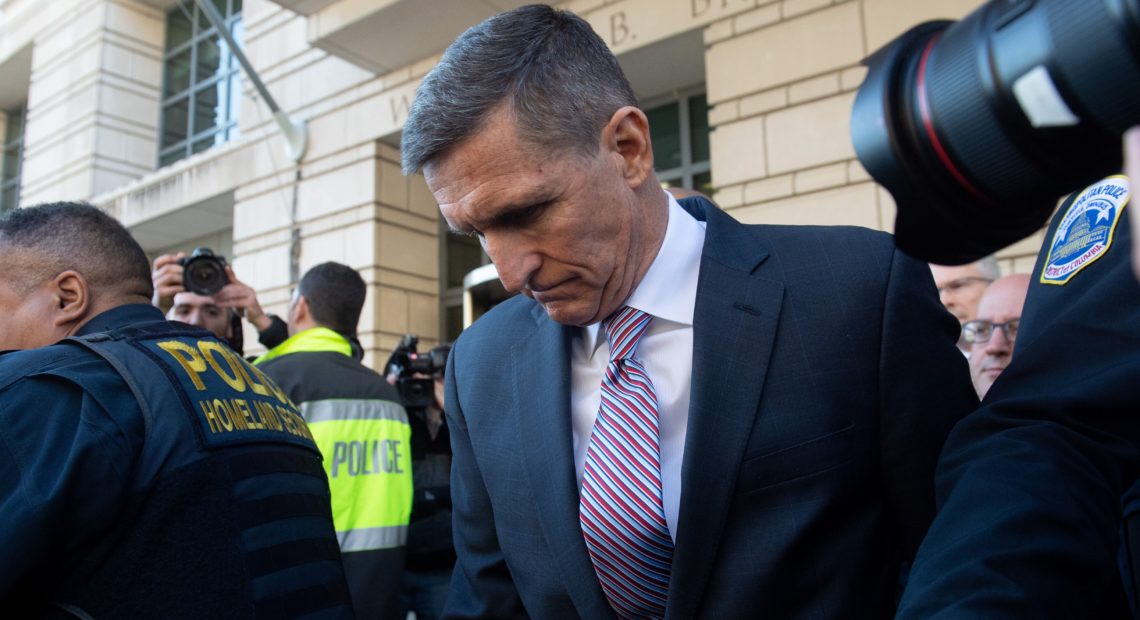 The Justice Department is dropping its case against President Trump’s first national security adviser, Michael Flynn, who pleaded guilty to lying to the FBI about his contacts with Russia’s then-ambassador to the United States.

The about-face by the department brings to a close the long-running case against Flynn brought by former special counsel Robert Mueller during the investigation into Russian interference in the 2016 election. 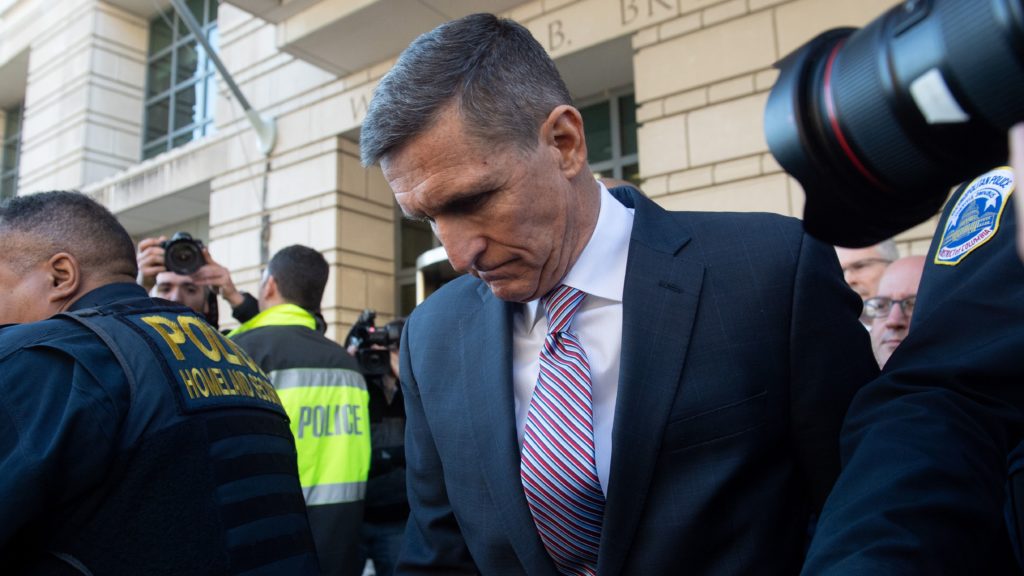 It also deepened questions about the independence of the Justice Department under Attorney General William Barr, who has long expressed skepticism about the Mueller probe.

“A crime can not be established here,” Barr said on CBS News on Thursday evening. “They did not have a basis for a counter-intelligence investigation against Flynn at that stage.”

Trump hailed the move on Thursday in remarks to reporters at the White House.

“He was an innocent man … Now, in my book, he’s an even greater warrior,” Trump said.

Flynn pleaded guilty to lying to the FBI about his conversation with Russia’s ambassador during the transition as Trump’s camp was preparing to take the place of Obama’s in the White House.

He cooperated with authorities for months during the Russia investigation, and prosecutors hailed what they called the value of his contributions.

Flynn admitted his wrongdoing in court and appeared for a time to be on track to be sentenced — with a recommendation in hand from prosecutors that he be treated leniently in view of his cooperation.

But no sentence ever was issued.

Instead a combination of events changed Flynn’s trajectory: He shook up his legal team, and his new counselors advised that he break with prosecutors and fight the case. He withdrew a plea of guilty about actions he had admitted before a judge.

And revelations about missteps by the Justice Department and FBI in the Russia investigation changed the political environment in Washington, along with the arrival of Attorney General William Barr, who viewed the Mueller legacy warily.

A Justice Department review of Flynn’s case ordered by Barr concluded that the interests of justice would not be served by going ahead with the prosecution, according to information from the department on Thursday.

D.C. United States Attorney Timothy Shea wrote in a brief that the government now considers Flynn’s false statements “not ‘material’ to any bona fide investigation,” and that accordingly, it is asking to dismiss the case.

Separately, Justice Department spokesperson Kerri Kupec said another U.S. attorney brought into the matter, Jeff Jensen of the Eastern District of Missouri, recommended that the Flynn case be spiked.

Thursday’s developments were expected to bring more criticism of Barr, whom Democrats have called too eager to please Trump and too reluctant to be an independent officer of the law.

“The decision to drop the charges against General Flynn is outrageous,” said Rep. Jerry Nadler, D-N.Y., chairman of the House Judiciary Committee.

“The evidence against General Flynn is overwhelming. He pleaded guilty to lying to investigators. And now a politicized and thoroughly corrupt Department of Justice is going to let the president’s crony simply walk away. Americans are right to be furious and worried about the continued erosion of our rule of law.”

In February, Barr interceded in sentencing recommendations in the case of another figure from the Russia imbroglio, political consultant Roger Stone, not long after Trump complained about what he called the harsh punishment contemplated in the matter.

Justice Department officials said Trump hadn’t directed Barr to intercede but the involvement by the agency’s headquarters with a politically sensitive case was criticized as an improper overreach by the president and a concession by Barr.

The attorney general went so far as to plead with Trump not to comment about pending cases — but the president has continued to do so.

For Trump and supporters, Flynn was a victim of malicious overreach — by an FBI they said ran amok under Director James Comey.

Although the broad findings of the bureau about Russia’s interference in 2016 and since have been validated and revalidated, Trump and Republicans have highlighted Flynn’s case and other examples of what they call abuse by investigators or prosecutors.