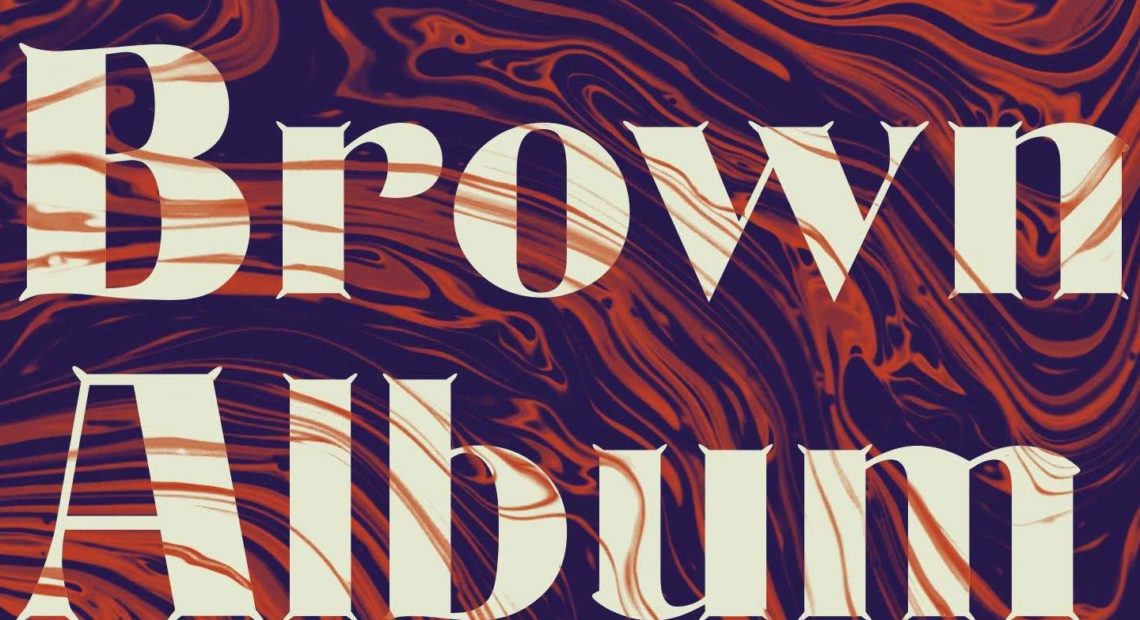 BOOK REVIEW: ‘Brown Album’ Centers On The Erasure Of Race In American Culture

A few paragraphs into “A New Persian Empire,” the prefatory essay of her new collection Brown Album, Porochista Khakpour writes: “Since 9/11, we have been living in a winter of discontent after more than three decades of discontentment.”

Those familiar with the American essayistic tradition will no doubt immediately note the titular invitation, made here, to place Brown Album: Essays on Exile and Identity in conversation with Joan Didion’s The White Album. Like Didion’s essay collection, Khakpour’s newest work is anchored in the personal and the socio-political as she embeds her intellectual investigations within cultural events in California and builds outward to the universal. Khakpour’s work, however, is centered in the very telling erasure that has always permeated Didion’s work: race in America. 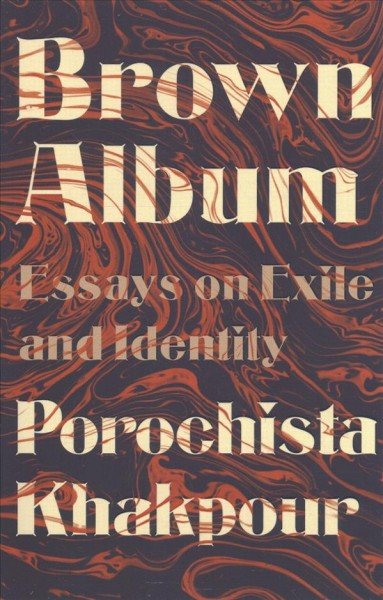 Brown Album
Essays on Exile and Identity by Porochista Khakpour

Much of the work of Brown Album is about articulating those stories of brown America that are being simultaneously lived beside, and erased from, mainstream work concerned with equating Americanness with whiteness such as The White Album. Khakpour’s work is correction and visibility: about centering the brownness that has been erased from this literary cultural analysis — and accompanying conversations.

There is a refreshing anger, at times, in these pages and rightfully so. Khakpour’s anger is directed at erasure, at misogyny and racism, at anti-Muslim and anti-Iranian policies, at healthcare inequalities stemming in large part from environmental racism. “I loved this country,” writes Khakpour. “I accepted it and never, until much later, considered that it might not accept me.”

Within this anger there is a risk, and an accompanying bravery. The world does not allow anger from women the way it allows anger from men. You are immediately branded “emotional” and “unbalanced,” relegated to a stereotype and silenced, your meaning unheard in the policing of the manner of your making that meaning.

This is not to say that there is only one tone in Khakpour’s collection of essays. In “The King of Tehrangeles,” for example, Khakpour’s laconic wit is evident in her looking at the contradiction of how wealthy, light-skinned immigrants of color often cleave to conservative ideologies in America, still fancying themselves members of the elite class back home, not realizing they are no longer the elite here and are working against their own self-interests.

In “Coming of Identity, New York City, Late Nineties,” Khakpour, with bitingly cleverness, depicts the classism, microaggressions and loneliness in being one of a handful of P.O.C. at an elite liberal arts school where “My hallmates wore Prada and Gucci and gave me their high school hand-me downs and more than once after a few drinks — amaretto, Chartreuse, Midori? — reminded me, in the wry double-bind delivery of true socialites, that their parents were paying for me to be at school with them.”

Throughout the collection, the figure of Los Angeles becomes a palpable breathing character — the Westside riches of Brentwood and Beverly Hills she dubs Tehrangeles with its wealthy Iranians; the “poorer” working-class areas of South Pasadena she grew up in; the racist and heavily segregated Glendale of her parent’s retirement; the expectations from her fellow Tehrangelenos that she would be rich because she was Iranian: “‘Persian girl, how did this happen to you?’ a heavily bejeweled elderly Iranian woman, turning up what must have been her third or fourth nose, once said to me as she spotted me sweeping outside the store,” Khakpour writes.

Khakpour is uncomfortable with the incongruence of Iranians at home in Iran, many still feeling the effects of revolution and foreign invasions, contrasted with those at ease in wealth in the SoCal diaspora. Critiquing such representations, popularized by TV shows such as Shahs of Sunset and films like A Separation, she asks: “Who can capture a young diaspora doing as young diasporas do: huffing freedom and crashing and burning, trying on and discarding selves made up of their parents’ hand-me-down post-traumatic stress disorder?”

Khakpour’s narrative work is strongest when she turns the lens on herself to do the self-critical work of examining how she, too, is complicit; it is less convincing — verging on judgmental — when she turns her critical lens solely on others. Thus, at times, Khakpour’s usually sophisticated understanding of race and class appears problematic: There is a lack of interrogation about her own privilege in America — for example, the South Pasadena she calls “working class” in a regret that her family could not fit into the lifestyle of the Iranian elite in LA has actually long been considered a desirable San Gabriel Valley neighborhood.

Additionally, Khakpour here continues the tradition of non-black people of color appropriating blackness as Brown Album itself conveys a lack of interrogation about her own adoption of hip-hop music, AAVE, braids, “passing” for black and co-opting her black boyfriend’s experience of blackness; there is also the confusing choice to project onto white people racist comments solely from Khakpour’s imagination. After an accident, for example, Khakpour imagines a white nurse yelling a racist expletive at her and telling her to go back to her country. What the nurse had really said was: “How brave of you.”

However, many of these previously published essays, written for shorter venues, are just too tantalizingly brief to allow Khakpour space to do the deep analytical work needed here. And this is especially evident in an essay collection whose title lays claim to reckoning with one of the masters of deep and cogent essayistic analysis: Joan Didion.

Missed reflective opportunities are not the only way the Didion allusion is handled rather clumsily — even the collection’s long-awaited and only direct references to Didion in the titular last essay are less successful than they could have been because of how the figure of Didion is used. Khakpour writes Didion as a vehicle weaponized by others to showcase discrimination Khakpour deems unfair instead of creating a vibrant conversation with Didion’s ideas to fully analyze Didion’s problematic racial erasure.

Writes Khakpour: “In winter 2017, I tweeted ‘one of the top 100 most exhausting things about white people is their obsession with joan didion.'” However, in both its stereotypical language towards whiteness and its blanket dismissal of a type of intellectual inquiry, this statement was not inclusive to all of the students in Khakpour’s low residency MFA classroom at the time, specifically the students who inhabited either of the identity groups dismissed in Khakpour’s tweet: whiteness or writing students who valued Didion’s contribution to the American literary tradition. Khakpour acknowledges that some of the students were upset by her words, but only as a way of showing the students as another threat to herself. Nowhere in Khakpour’s analysis is an understanding of the effect of her words onto her students — of the power dynamic within the classroom between professor and students — and how Khakpour’s words hold a different weight when seen in that context. Instead, in Khakpour’s retelling, these students again have their voices dismissed and erased, which is the exact critique — erasure — that Khakpour makes of Didion in the first place.

Toward the end of this essay, Khakpour imagines a physical comparison between Didion and herself, leaning into her own frailty (the lyme-disease she details in her memoir Sick): “Didion, eternally in a summer of ’69, smoking away, thin but not from illness like me, hair in perfect golden waves, shaking her head. You don’t cross Didion.” No one is challenging Khakpour’s illness; this is her narration. Instead, an unsaid “or else,” lingers after Khakpour’s sentence, ascribing to Didion a bullying behavior that Didion never engaged in towards Khakpour. And because it is primarily the body and appearance of Didion that Khakpour focuses on to ridicule, Khakpour’s description of Didion can read as one woman tearing another down because of her appearance in a relic of high school “mean girls” behavior.

One wonders if one substituted “black people” for “white people” in Khakpour’s tweet, and “James Baldwin” for “joan didion,” if Khakpour would think differently about the effect of her words on all students.

One wonders, as well, what the thrilling mind of Khakpour would have done if these essays were double, or even triple, their length and allowed to consistently revel in the reflective work that, when done, is razor-sharp and acute.

Hope Wabuke is a poet, writer and assistant professor at the University of Nebraska Lincoln.