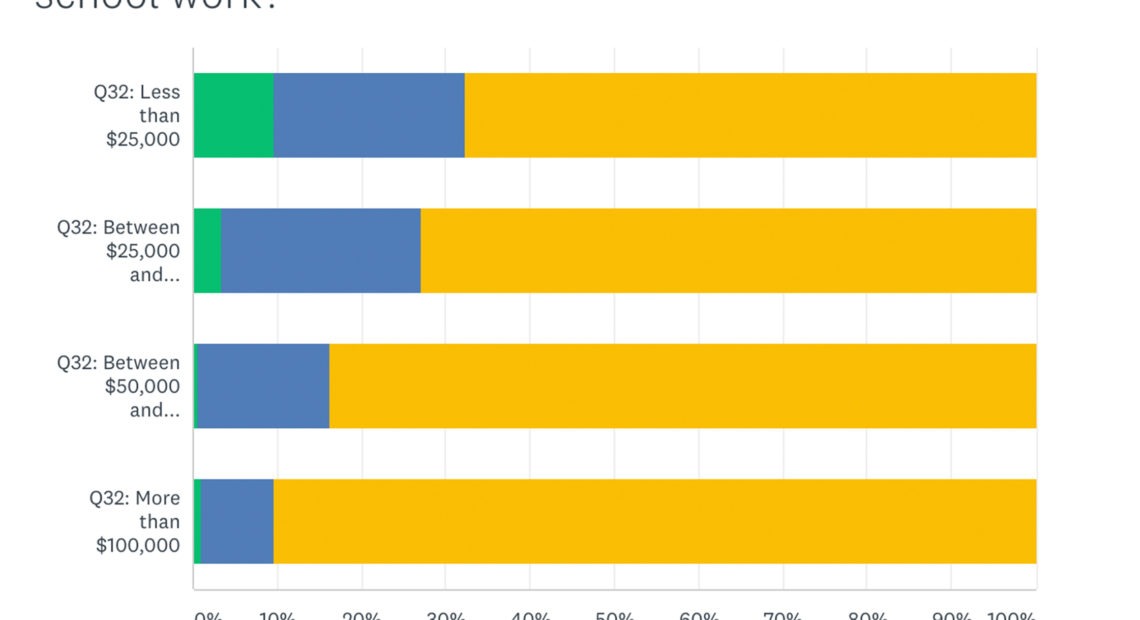 Four out of 10 of the poorest U.S. students are accessing remote learning as little as once a week or less, according to a new survey from ParentsTogether, an advocacy group. By contrast, for families making more than $100,000 a year, 83% of kids are doing distance learning every day, with the majority engaged over two hours a day, the survey found.

The nation’s schools shut down in-person learning in mid-March, and only a few states, including Colorado, Montana and Wyoming, have experimented with opening classroom doors since then. From the beginning, experts in distance learning warned that it can magnify inequities, with the most able and highly advantaged learners humming along while learners who need more support fall far behind. 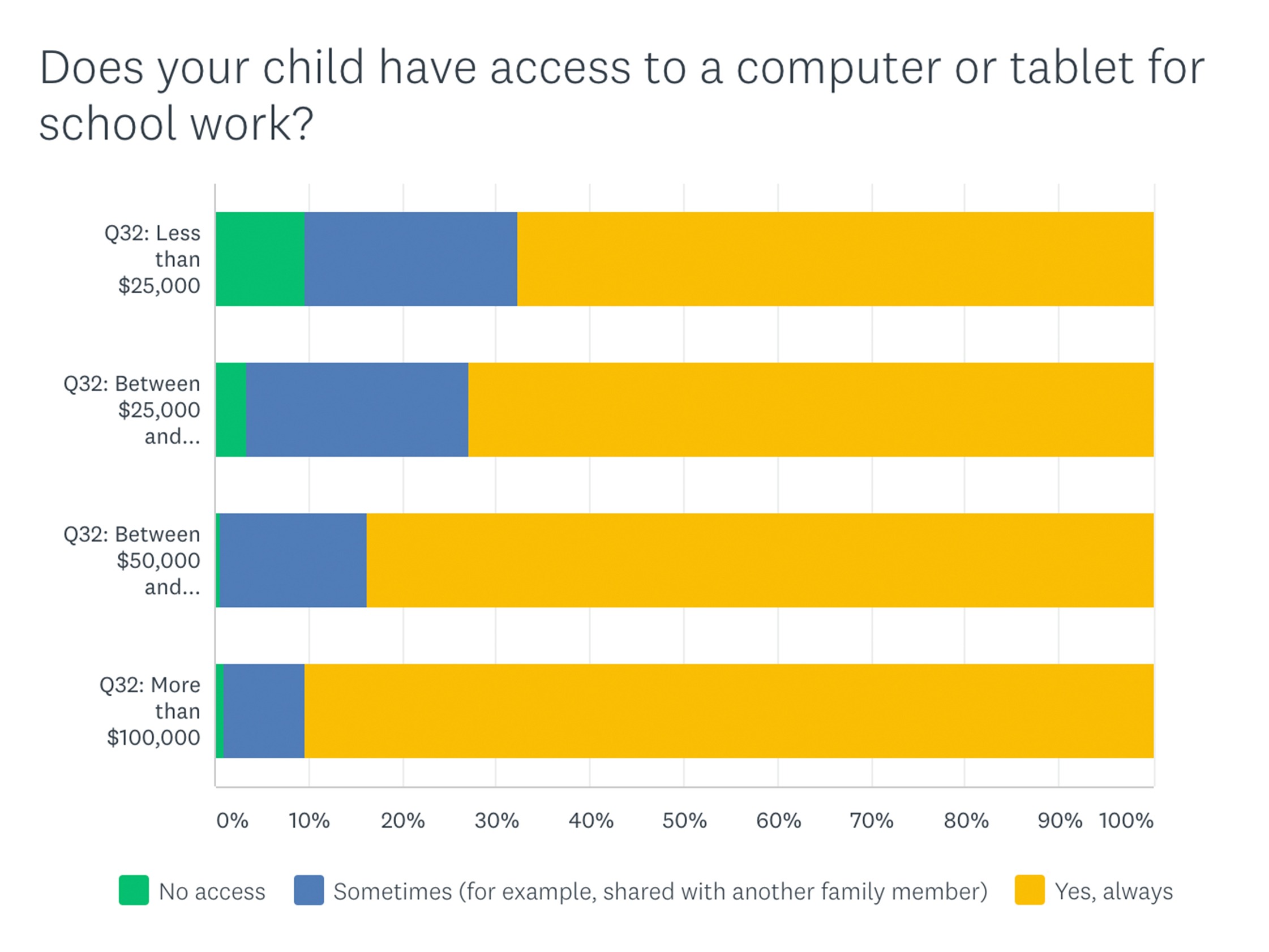 Kids from low-income homes are three times more likely not to have consistent access to a device.
CREDIT: ParentsTogether via SurveyMonkey

ParentsTogether, in its survey of 1,500 of its members across the country, discovered big gaps — both by income levels and between families with and without children in special education. The online survey wasn’t a scientifically weighted sample, but it was geographically, racially and socioeconomically diverse.

Similar to what other surveys have found, the lowest-income parents, making less than $25,000 a year were 10 times more likely than families making six figures and above to say their kids are doing little or no remote learning (38% vs. 3.7%).

Some other survey items give clues as to why that might be true. 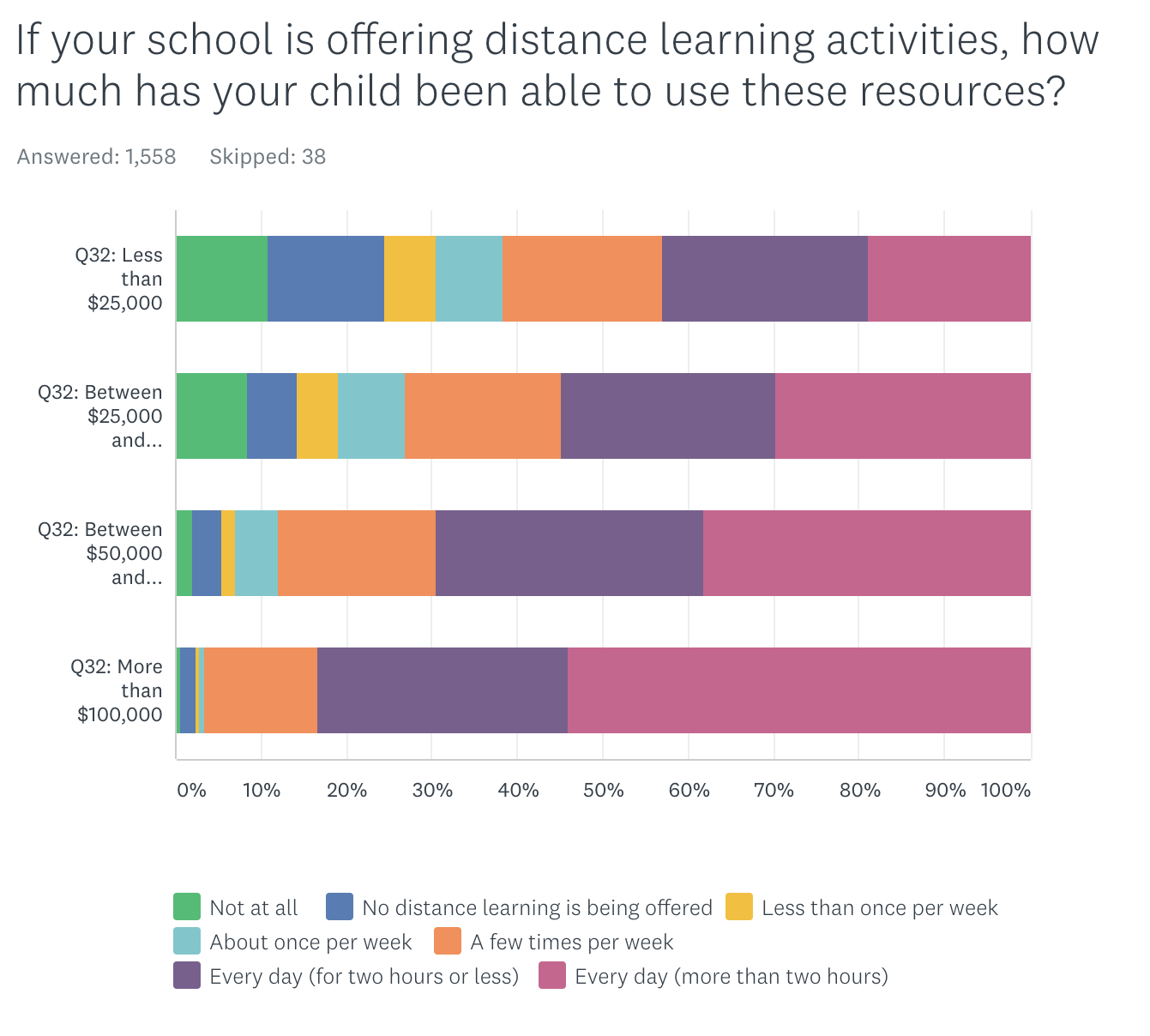 Parents from low-income homes are 10 times more likely to say their kids are doing little or no remote learning.
CREDIT: ParentsTogether via SurveyMonkey

And they’re worried about their children’s futures. 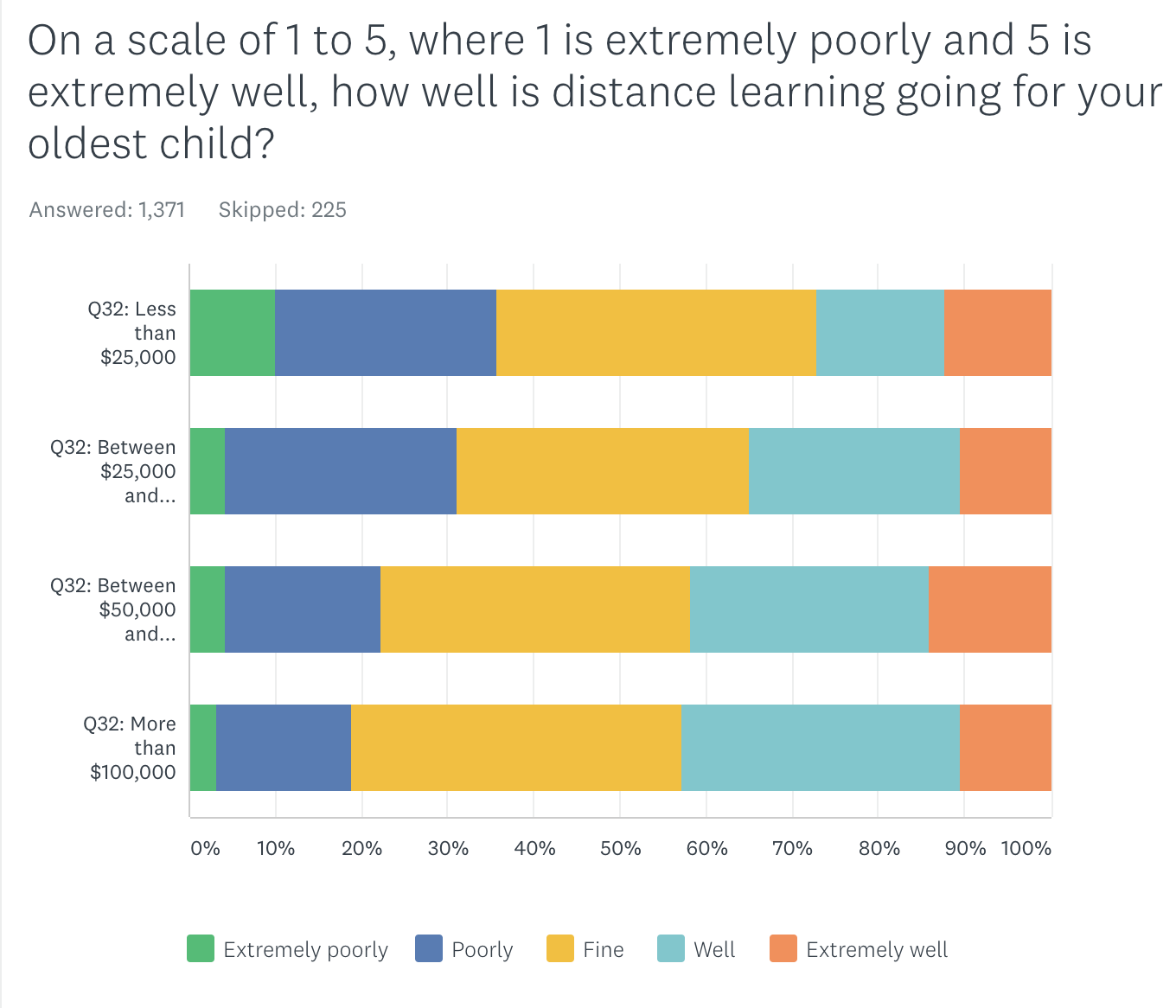 Parents from low-income homes are twice as likely to say remote learning is going poorly or very poorly. CREDIT: ParentsTogether via SurveyMonkey

The survey also found big gaps reported by families whose children are in special education. 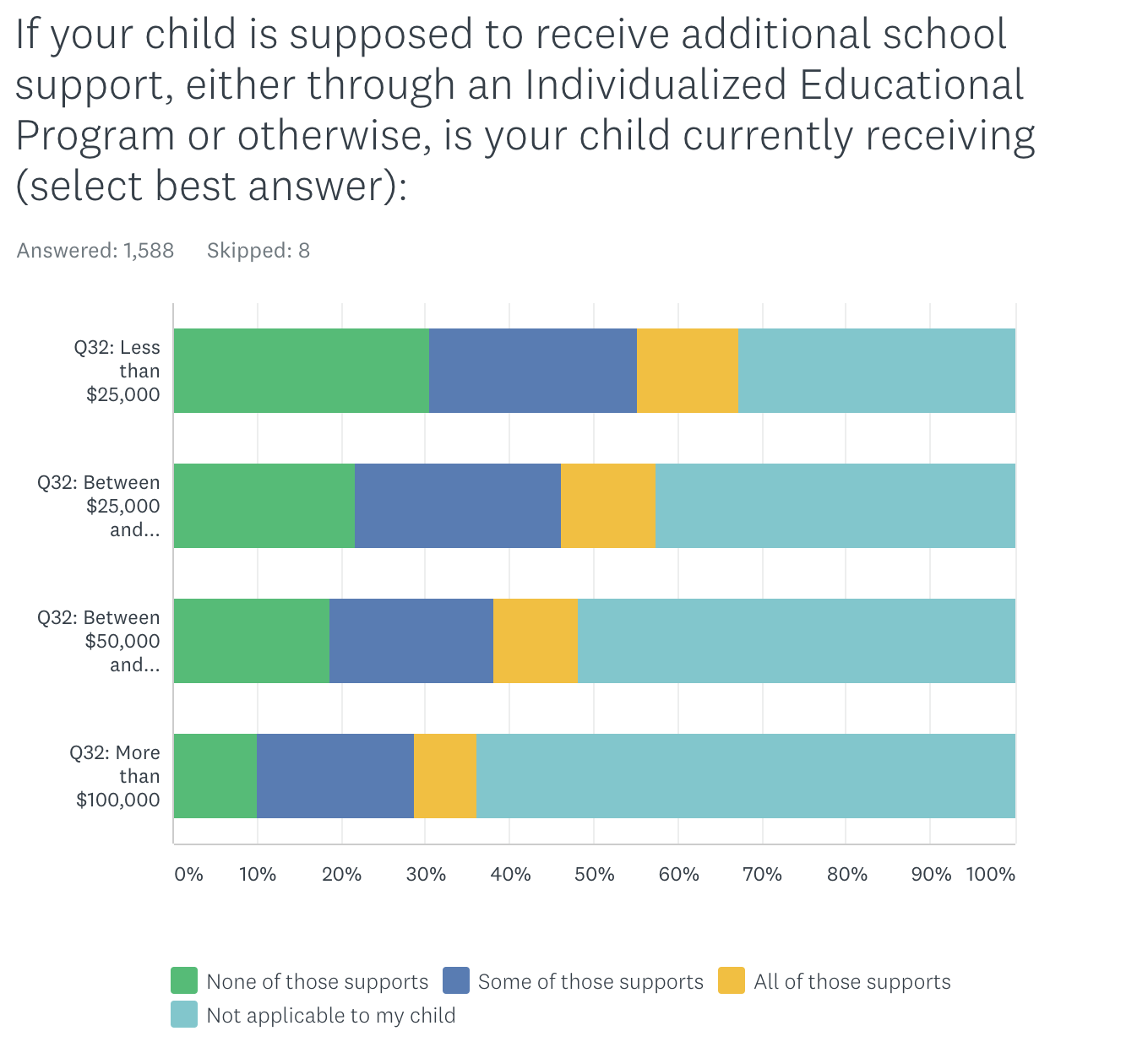 39% of parents of kids with IEPs say they are not receiving any support at all.
CREDIT: ParentsTogether via SurveyMonkey