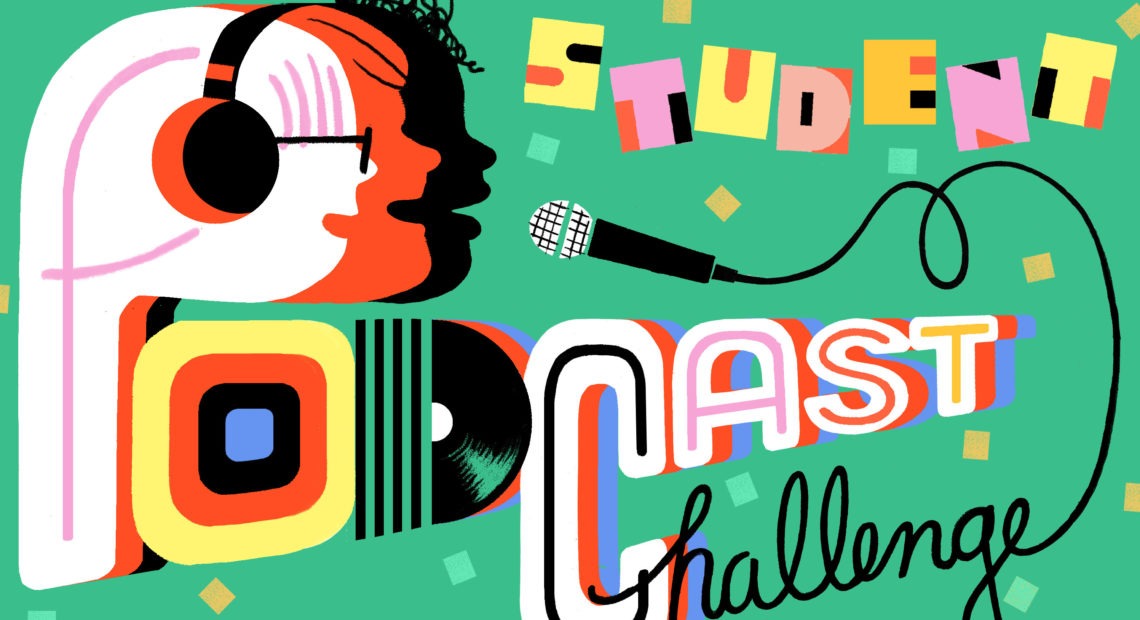 Coronavirus, homework, sports, climate change: Working in the midst of a nationwide school shutdown, high school and middle school students around the country took on these and many more topics in this year’s NPR Student Podcast Challenge.

After two deadline extensions and a lot of creative solutions to the challenges of recording from their homes, we received more than 2,000 podcasts from 46 states and the District of Columbia.

Today, we’re announcing our finalists! We’ve listened to every single podcast entry and narrowed the list down to 25 finalists — read and listen to the full list here. 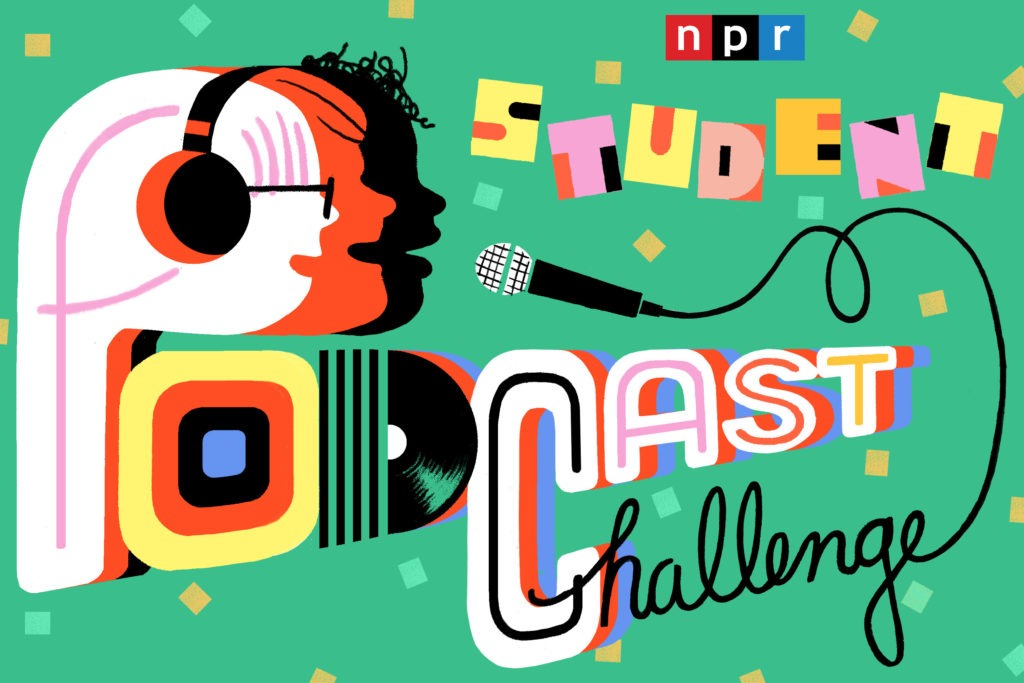 From this list, our judges will select our two grand-prize winners, and we’ll announce those winners on Wednesday, June 3. (We also identified more than 200 honorable mentions and we’ll be announcing those soon as well.)

Among the many outstanding entries we received were:

Across the board this year we saw improvements in sound quality, storytelling and editing. This made our decisions even harder, but marked hard work and dedication from students across the United States. And it set the stage for our contest next year, which will expand to include a third category: entries from college students.

One trend we saw this year was students examining their own backyards — reporting from their local communities on a wide range of issues. Six of our 25 finalists worked on local investigations.

In New Jersey, for example, three juniors at Holmdel High School spent 5 months uncovering their town’s little-known past, and they tracked down a Nobel Prize winner to tell them the story. How a Small Town Discovered the Universe explains how two radio astronomers in the remote hills of Holmdel first heard radiation in 1965 that was left over more than 13 billion of years ago from the Big Bang. The discovery validated the scientific theory and garnered the Nobel Prize in Physics. They weren’t the only students to focus on famous scientists: Angie Sun, a 12th grader from Land O’Lakes, Fla., used Siri to help explain some little known facts about Nikola Tesla.

In Milwaukee, students at Pathways High School launched a podcast series on the offensive use of Native American iconography in sports. Middle schoolers in Travis County, Texas, interviewed their school nurse to examine the dangers of concussions in athletics.

Not all the projects were research-driven, some were just fun! Elise McClay, who moved to the United States recently from Australia, explored in her podcast her expectations of life in the the U.S. vs. the realities of her new home in Bentonville, Ark.

Two other finalists focused on home life — Maria Frank, a high schooler from Denville, N.J., talked about growing up in a family of five. Middle schoolers Emma Ralph and Caroline O’Brien from Riverside, Ill., discussed sibling stereotypes and rivalries.

While you could count most of these finalists as personal stories, there were a few this year that really dove deep and left us in awe.

High schooler Sam Meneses interviewed his brother about a kayaking journey through the Amazon. The podcast told how, on the journey, Joaquin Meneses tragically lost three friends to the rapids and had to survive on his own for days before a rescue squad could reach him.

Jocelie Gutierrez and Alejandra Nunez Lopez, from J. Sterling Morton East High School in Cicero, Ill., discussed their upbringing in Latinx households and the prejudice they face in their communities. From the same school, 11th grader Ivana Diaz discussed her experience growing up having a brother who is a member of a gang. Both podcasts show high school students in vulnerable situations taking charge of their own stories.

As with last year, we heard students who wanted to change the ways their culture or identity is portrayed in the mainstream. High school student Brandon Yam thought the best way to do this was by “Changing the White Curriculum, One Book at a Time.” He followed the NYC Coalition for Educational Justice in its quest to change New York public schools curriculum to better reflect the student population.

Middle school students at Garrison Middle School in Walla Walla, Wash., also wanted their voices heard. They argued that they should read books they liked rather than the traditional literature assigned by their teachers. On the whole, many many students sought to use their journalism to change the status quo: Whether by upending toxic masculinity, as middle schooler Ellis Stephens of Dalton, Ga., tried to do, or as in this middle school podcast from Los Angeles that called for a ban on political advertisements on social media.

New York City high school students, in Brooklyn’s Canarsie neighborhood, voiced their frustrations with older generations when it comes to climate change and environmental racism. After going to the Youth Climate March in Manhattan, the students lamented the lack of black climate activists.

In a science-based approach, middle school students from Cottage Lane Elementary School in Blauvelt, N.Y., looked to the natural world for solutions to some of the problems that contribute to climate change.

Many students had fun with the podcasting medium, exploring the full range of tools and techniques for telling stories with sound. In a love letter to nature, high school student Alex Soto from Tucson went on a personal question for the most beautiful sound. If you need a break from the world, give her podcast a listen here.

As NPR hosts can tell you, it is hard to nail a conversational piece in general, but to set just the right tone on a tough topic is even more impressive. Humor can often help, as Alex Morgan and Aaron Morgan of Atherton, Calif., showed with their podcast “Why Instagram is Like a Cocaine-Laced Brownie.” The podcast examines how Alex and his peers are being sucked even deeper into their virtual worlds during the global pandemic.

And yes, many podcasts focused on the pandemic and its effects on young people and the communities where they live, including three of our finalists. High schoolers Sara Zhu, Griffin Becker, Ella Rossi, Elizabeth Breidinger and Carlo Pryor, of Alameda, Calif., had planned to record their podcast on gentrification in the Bay Area, but when the pandemic hit their neighborhood early, they shifted their focus to San Francisco’s Chinatown. They interviewed restaurant owners about how the early buzz around the virus was affecting business.

Across the country, in New York City’s Chinatown, a group of middle school students from a podcast club called “The Dragon Kids” also made our list of finalists. The students, who are English language learners, interviewed their friends and siblings about discrimination during the early months of the pandemic. As they tell their stories they also teach the listener key words in Mandarin to talk about the pandemic.

Congratulations to all the finalists!