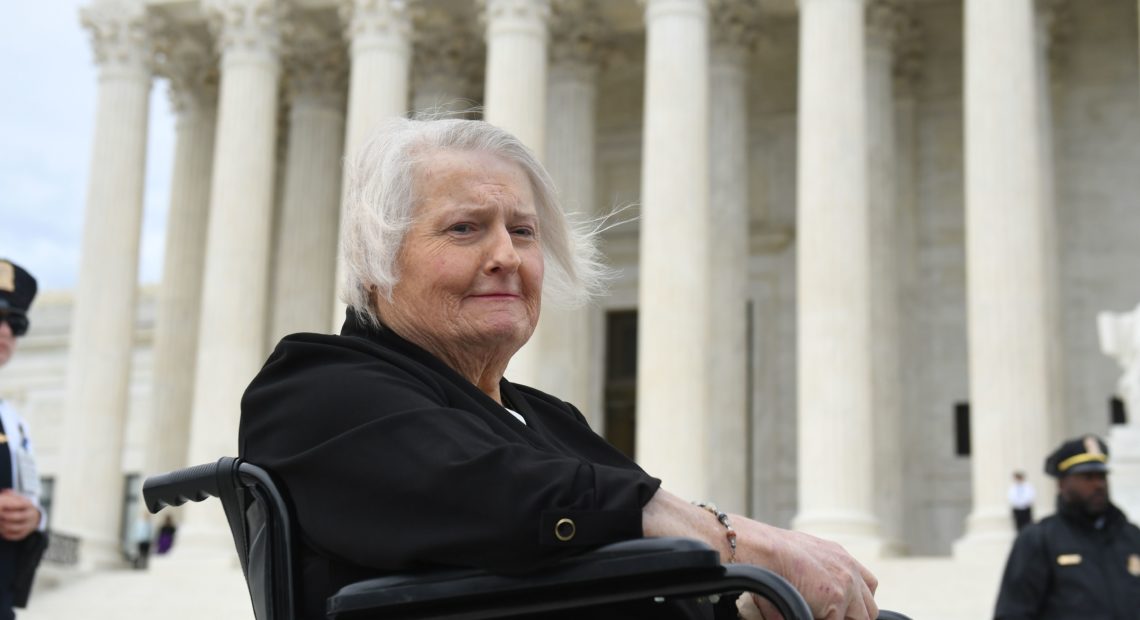 The U.S. Supreme Court ruled Monday that the 1964 Civil Rights Act barring sex discrimination in the workplace protects LGBTQ employees from being fired because of their sexual orientation.

The vote was 6-to-3, with conservatives Chief Justice John Roberts and Neil Gorsuch joining the court’s four liberal justices in the majority.

The opinion is available here.

“In Title VII, Congress adopted broad language making it illegal for an employer to rely on an employee’s sex when deciding to fire that employee,” the court held in Monday’s decision. “We do not hesitate to recognize today a necessary a necessary consequence of that legislative choice: an employer who fires an individual merely for being gay or transgender defies the law.” 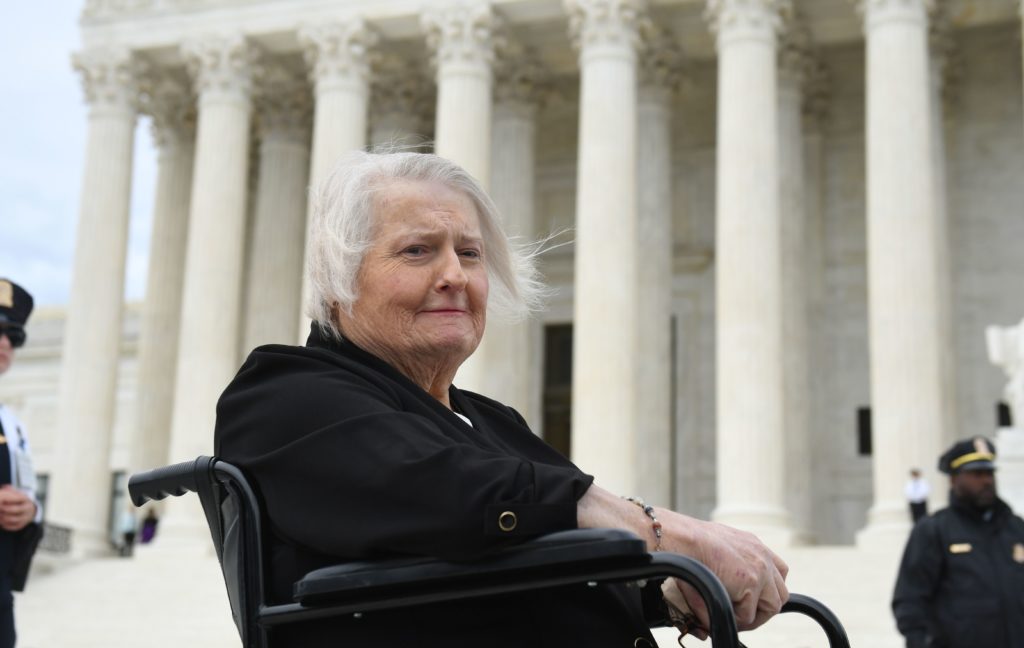 Transgender activist Aimee Stephens sits in her wheelchair outside the Supreme Court on Oct. 8, 2019, as the court holds oral arguments in cases dealing with workplace discrimination based on sexual orientation. CREDIT: Saul Loeb/AFP via Getty Images

The lawmakers who drafted and enacted the legislation didn’t necessarily need to envision how it might be applied in cases like the ones the court has since considered, Gorsuch wrote for the majority.

“Likely, they weren’t thinking about many of the act’s consequences that have become apparent over the years, including its prohibition against discrimination on the basis of motherhood or its ban on the sexual harassment of male employees. But the limits of the drafters’ imagination supply no reason to ignore the law’s demands.”

A group of cases

The court’s decision came in several cases brought by gay and transgender employees.

Gerald Bostock was the child welfare coordinator for Clayton County, Ga. He contended that he was fired after he joined a gay recreational softball league in 2013.

“From that point on, my life changed,” he said in an NPR interview last October. Up until then, he said, his job evaluations had been excellent, and under his guidance, the county “reached the benchmark of serving 100 percent of the children in foster care, which was an unheard of milestone in any metro Atlanta program.”

None of that seemed to matter, however, when word got out that he had joined the gay softball league.

“I lost my livelihood. I lost my medical insurance, and I was recovering from prostate cancer when this occurred,” he said. “It was devastating.”

Aimee Stephens, presented as a man for six years, worked as a funeral director for the Harris Funeral Home in Livonia, Mich. But by 2012, Stephens was in despair over her gender identity, at one point contemplating suicide.

“I stood in the back yard with a gun to my chest. But I couldn’t do it,” she told NPR last October.

Instead she decided to come out at work as a transgender woman, telling her colleagues and her employer of her decision in a letter. But two weeks after giving the letter to her boss, she was fired.

Stephens died earlier this year, but her case lived on.