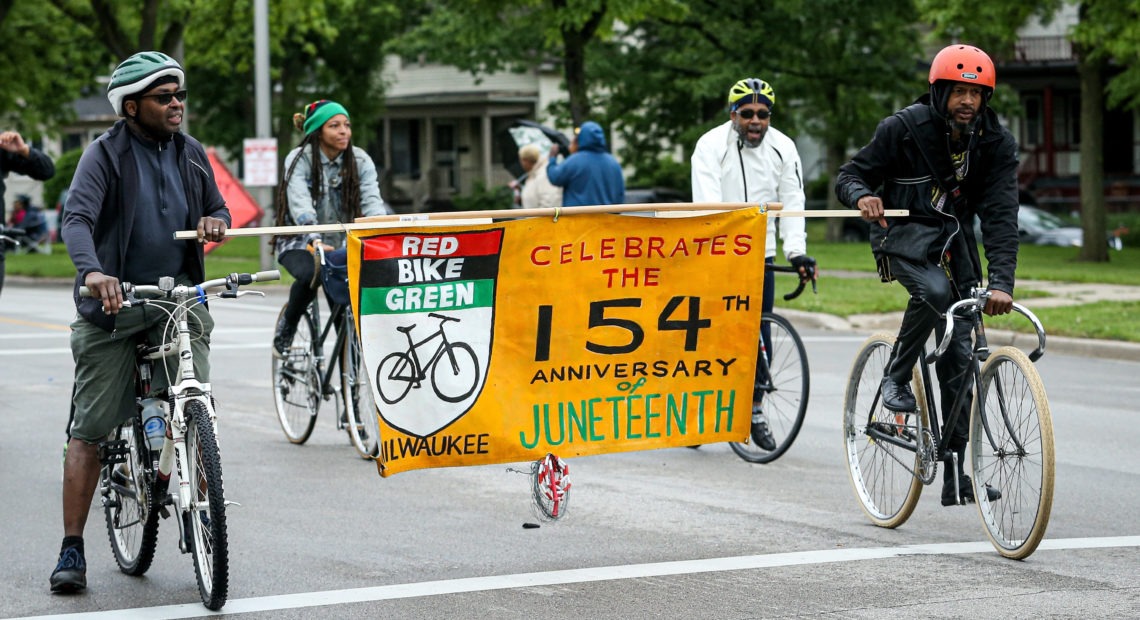 Corporate executives and sports officials are joining a growing number of elected officials who want to recognize Juneteenth, a day that commemorates the end of slavery, as an official U.S. holiday. The movement is being fueled by the Black Lives Matter protests demanding reforms following the killing of 46-year-old George Floyd by Minneapolis police on May 25.

Juneteenth, which is on June 19, has long been an important holiday in the African American community, a time for celebration rather than mourning and remembrance. 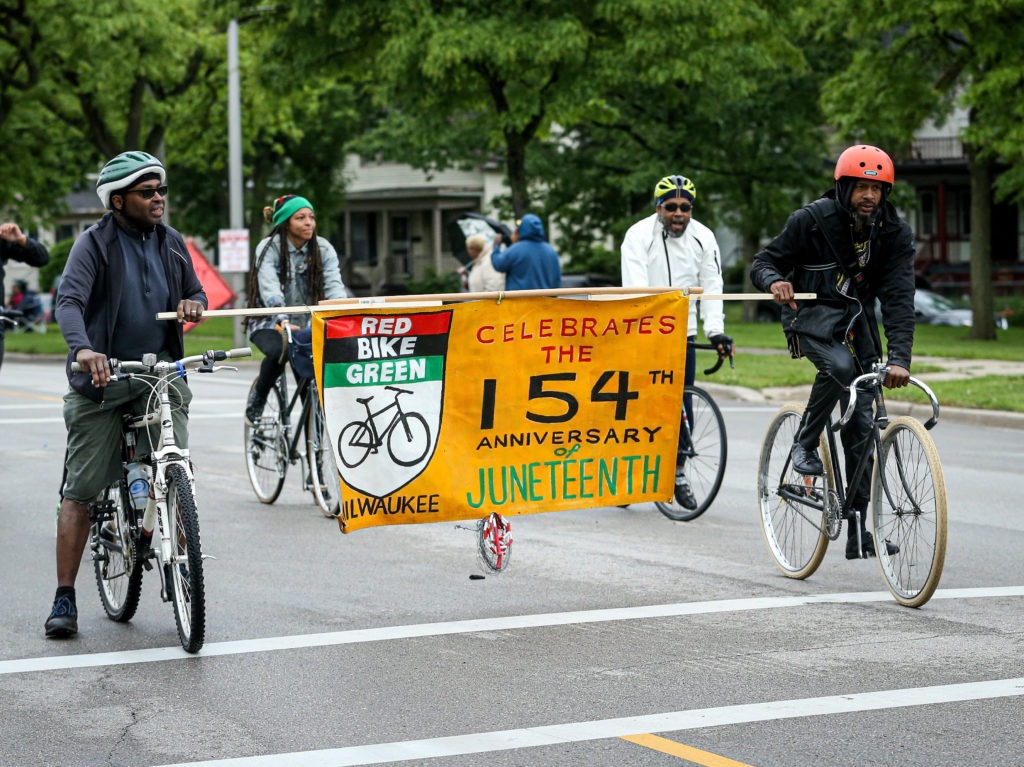 Members of a parade perform during the Juneteenth Day Festival on June 19, 2019, in Milwaukee. In the wake of protests following the killing of George Floyd, there has been a push to make Juneteenth a federal holiday.
CREDIT: Dylan Buell/Getty Images for VIBE

“This year, as we work together as a family and in our communities to combat the racial injustices that remain deeply rooted into the fabric of our society, the NFL will observe Juneteenth on Friday as a recognized holiday and our league offices will be closed,” he wrote in an email to employees.

JCPenney CEO Jill Soltau sent a memo to employees telling them to take the day off “to honor the historic pain caused by — and lives lost to — racial inequity and celebrate racial diversity.” She added that it presents an opportunity for them “to learn, connect with each other, and reflect on how we can move forward and achieve permanent and lasting change.”

Twitter CEO Jack Dorsey announced plans to make Juneteenth an annual holiday at both Twitter and payments start-up Square, and Newsweek reported that Nike CEO John Donahoe wrote in an internal memo that employees would be given a paid holiday on Juneteenth.

This year marks the 155th anniversary of Juneteenth, also known as Freedom Day or Emancipation Day. It marks the day in 1865 when Union soldiers arrived in Galveston, Texas, and brought news that slavery had been abolished more than two years earlier.

“African Americans were on the front lines of every war, from the Spanish-American War, throughout the Revolutionary War, the Civil War, both world wars, Vietnam,” says Gwen Ragsdale, executive director of the Lest We Forget Slavery Museum in Philadelphia. “We have paid our dues with our blood and our toil, so America owes African Americans much more than they are willing to acknowledge.”

Ragsdale says that recognizing and celebrating African American history is well overdue and that she’s hopeful that today’s movement will bring about change. What will change look like for her?

Ragsdale says most Americans are unfamiliar with the history of Juneteenth, including President Trump, who recently rescheduled a campaign rally in Tulsa, Okla., because it was on June 19.

“Why would Trump know about Juneteenth? Many whites don’t know,” she says, because it wasn’t taught in schools.

But for African Americans, Juneteenth is a day of celebration that includes family gatherings, cookouts, storytelling about their ancestors, music and dance, says Ragsdale.

“Juneteenth is much more our July 4, much more akin to who we are as a culture, than July 4 is,” she says.

The coronavirus pandemic forced Ragsdale to close the slavery museum, but she’s ready to reopen this weekend and says that interest has grown so much that she has a waiting list.

Congress hasn’t approved a national holiday since 1983, when it created one to honor Martin Luther King Jr., but some lawmakers are trying to change that. In the past, both the House and the Senate have passed resolutions to recognize the importance of Juneteenth as part of the nation’s history. According to The Huffington Post, this year Rep. Sheila Jackson Lee, D-Texas, plans to introduce legislation to make Juneteenth a federal holiday. Sen. John Cornyn, R-Texas, announced Thursday that he too will introduce a bipartisan bill to make June 19 a federal holiday.

“I think Rep. Jackson Lee is right on target,” says Molefi Kete Asante, who chairs the Department of Africology and African American Studies at Temple University. “It would be a national celebration that all Americans could participate in, because our memories reinforce our values of who we are,” Asante says.

Asante was born in Georgia and says that it wasn’t until he moved to East Texas to pursue studies at age 18 that he learned about Juneteenth. He says it’s a huge day and symbolizes “collective freedom” for blacks in America.

“It’s quite clear to me that the nation has rarely felt that black lives matter [and] whatever black people did or whatever happened to black people didn’t really matter” to white America, he says.

“I think it is relevant today. It is. It is part of the conversation about Black Lives Matter,” Asante says. “I mean, if black lives mattered to the American nation, then those achievements would be part of the American story.”

Asante and others say they welcome the corporate world taking leadership today by making June 19 a paid holiday, but it’s really Congress that needs to act. Juneteenth is different from Martin Luther King Jr. Day, which focuses on service.

“[Juneteenth] is a holiday jubilee, and there is nothing wrong with after so many years, almost a 150-something years, for African Americans to say, ‘OK, we can now celebrate with the nation, our own jubilee.’ That’s important,” Asante says.