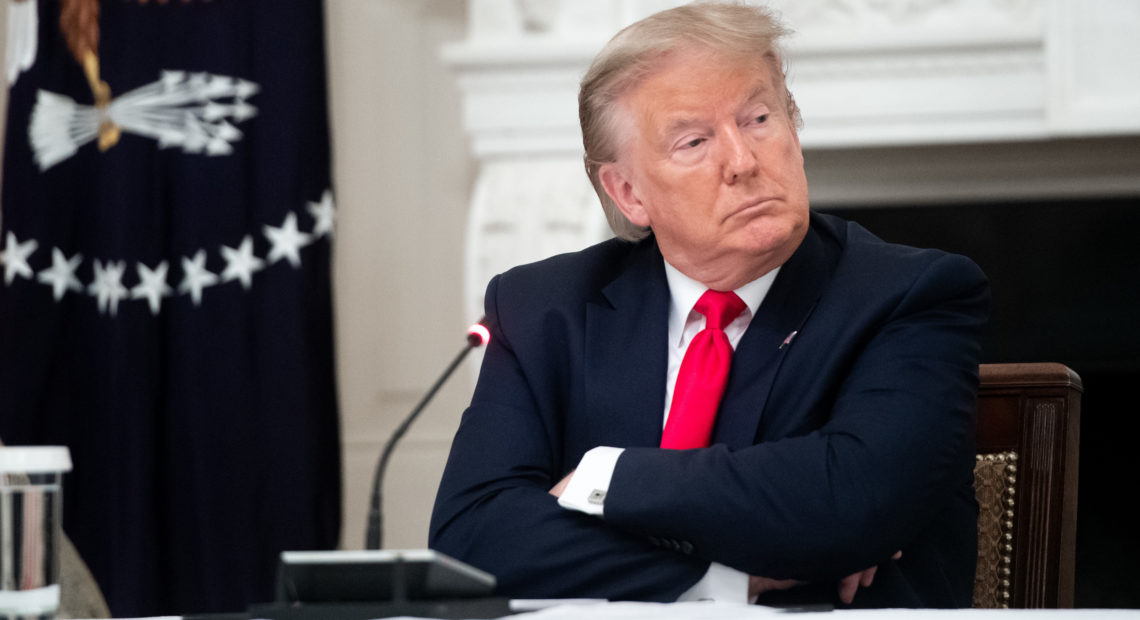 Just three weeks after President Trump clashed with Twitter over its fact-checking policies, the social media platform has again flagged a post from the leader of the U.S.

The social media platform tagged a video he posted Thursday night with a warning label — “manipulated media” — after finding that it deceptively doctored footage in a way that was “likely to cause harm.” 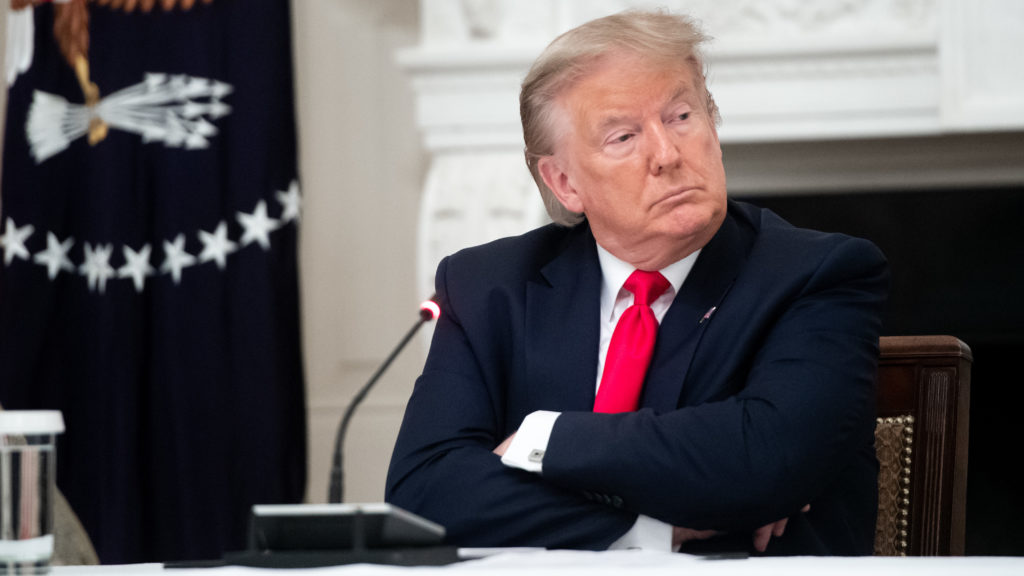 President Trump, seen here during a meeting Thursday at the White House, shared a video on Twitter with a fake CNN headline. The social media network flagged the doctored footage as “manipulated media.”
CREDIT: Saul Loeb/AFP via Getty Images

The video then rewinds and plays more of the footage, showing a viral video from last year in which the two toddlers run toward each other and embrace, after introducing the new scene as “what really happened.”

“America is not the problem. Fake news is,” says the video that fakes CNN footage.

“CNN did cover this story — exactly as it happened. Just as we reported your positions on race (and poll numbers),” CNN replied to the tweet. “We’ll continue working with facts rather than tweeting fake videos that exploit innocent children. We invite you to do the same.”

Twitter, too, took action against the post, affixing a warning on the tweet that redirects users to an explanation why it’s deceptive. Along with the explanation, the platform also displays a number of tweets offering further factual context.

Trump has not publicly responded to the decision, but it’s unlikely the significance will go unnoticed by the president.

Late last month, he sparred with the leadership behind his social media network of choice. Slapped with a fact-checking warning for the first time, Trump signed an executive order targeting the broad legal protections afforded to social media companies.

As he announced the order, Trump described the companies’ “unchecked power to censor” as “one of the gravest dangers it has faced in American history.”

On Facebook, meanwhile, the Trump campaign saw several of its posts and advertisements removed on Thursday, just hours before Trump posted the video on Twitter. The ads, one of which warned of “dangerous MOBS of far-left groups,” featured an upside-down red triangle that Nazis once used to identify political opponents — and that campaign officials dismissed as “an emoji.”