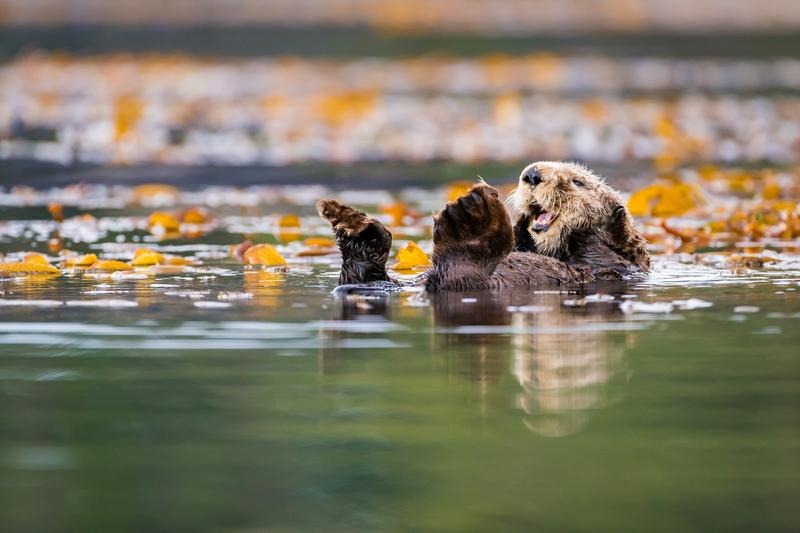 A study of sea otter restoration in British Columbia is giving encouragement to a group that wants to bring sea otters back to the Oregon Coast. A research report in the June 12 issue of the journal Science found that the return of sea otters yields far more in ecological benefits and ecotourism dollars than in costs to commercial fisheries.

The research team led by the University of British Columbia analyzed the rebound in sea otters off the coast of Vancouver Island. The researchers wrote that the return of the keystone species from near-extinction resulted in healthier kelp forests, which in turn could store carbon and spur increased fish populations and catches.

“We found that coastal ecosystems with otters present are almost 40 percent more productive,” said lead author Edward Gregr, an ecologist at the University of British Columbia. “In the long run, that equates to higher fish catches worth $9 million (Canadian), carbon storage worth $2 million and tourism opportunities worth $42 million per year.”

But the rebound of the undeniably cute marine mammals came with tradeoffs, chiefly by depressing harvests of crabs, clams and urchins valued by commercial fishermen and Native people. Gregr noted the costs and benefits are distributed unequally across fisheries and communities, which creates conflict.

Sea otters are voracious eaters and that makes West Coast crab and sea urchin fishermen nervous.  According to the Seattle Aquarium, sea otters consume around 25 percent of their body weight in food every day to stay warm and survive in the cold Pacific Ocean.

The overall study results heartened Elakha Alliance executive director Bob Bailey. The nonprofit he leads from Albany, Oregon, is dedicated to the return of sea otters along the Oregon Coast.

“We’re optimistic that as the evidence mounts that sea otters are a valuable part of the ecosystem and economy of coastal areas that we’ll be able to move this forward,” Bailey said this week. “It’s not going to happen anytime soon because we have a lot of work to do yet.”

Sea otters were transplanted from Alaska to Oregon in the early 1970s, around the same time as reintroductions in British Columbia and Washington state, but they didn’t stick in Oregon. The Elakha Alliance has begun a feasibility study for bringing them back again and is looking for funding to do an economic impact analysis. 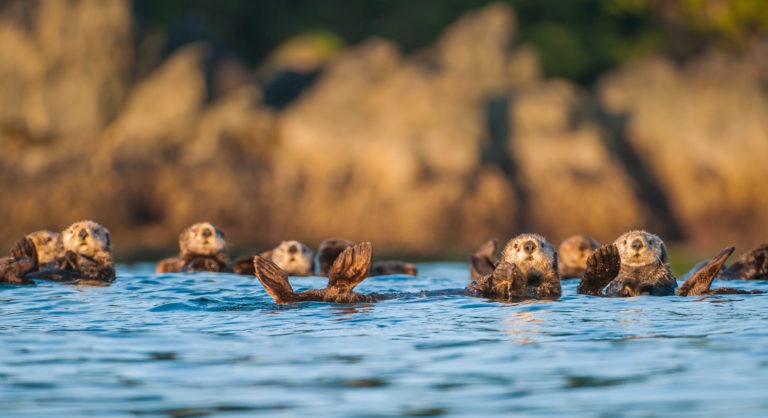 Sea otters were hunted to local extinction off the Pacific Northwest coast as part of the fur trade in the 18th and 19th centuries. The current Washington state population of around 2,000 animals stems from 59 sea otters that were relocated to the Olympic Peninsula coast from Alaska’s Aleutian Islands in 1969 and 1970. Washington’s sea otters are now spread out between Point Grenville on the Quinault Reservation and Pillar Point in the Strait of Juan de Fuca. Occasionally, one or two Washington sea otters are spotted exploring Oregon waters, but those wandering animals have not stayed.

Bailey said Oregon does not have as much suitable sea otter habitat as Vancouver Island’s wild coastline. The Oregon coast would probably support many fewer otters than the flourishing population in Canada, but he was still confident the UBC study results have relevance to Oregon.

“The conclusions they came to about potential impacts on some ocean harvesters, as well as the tourism industry, broader ecosystem benefits and so on, we think those are directly applicable to the state of Oregon,” Bailey said.

The modelers involved in the newly published British Columbia study acknowledged that monetary estimates cannot capture all of the costs and benefits, particularly when it comes to coastal indigenous communities. The loss of basic foodstuffs in remote communities — crabs and clams, in this case — could force more reliance on imported food.

“It reduces humans and human values to dollars, and so it is really quite alien to the worldview of Nuu-chah-nulth and other indigenous peoples,” said Eric Angel, program manager for Uu-a-thluk, the fisheries department of the Nuu-chah-nulth Tribal Council. The council represents fourteen related tribes on the west coast of Vancouver Island. In an interview with NPR, Angel asked rhetorically, “Whose worldview gets to define how the problem is even set