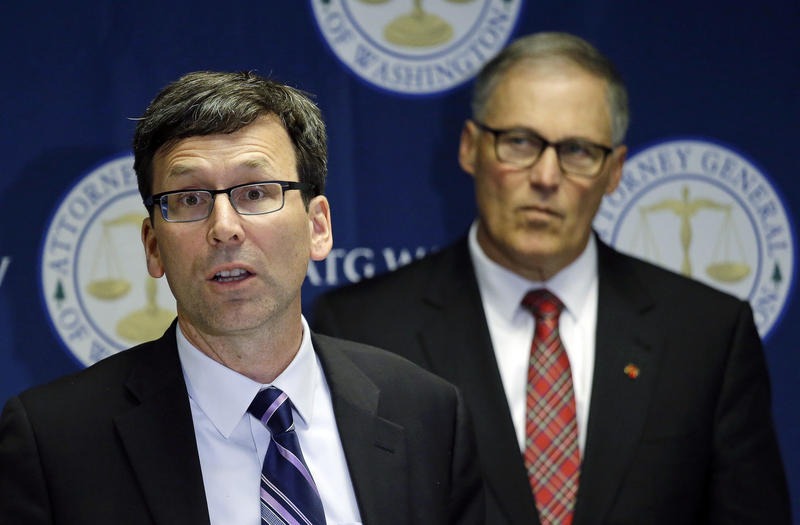 The agrochemical giant Monsanto has agreed to pay Washington state $95 million to settle a lawsuit that blamed it for pervasive pollution from PCBs — toxic industrial chemicals that have accumulated in plants, fish and people around the globe for decades.

The announcement Wednesday from Washington Attorney General Bob Ferguson came as Bayer, which acquired Monsanto two years ago, said it would pay $820 million to resolve PCB pollution claims and up to $10.9 billion to resolve many claims, both current and future, over contamination from or exposure to Monsanto’s Roundup weedkiller.

PCBs, or polychlorinated biphenyls, were used in many industrial and commercial applications, including in paint, coolants, sealants and hydraulic fluids. Monsanto, based in St. Louis, produced them from 1935 until 1977, two years before they were banned by Congress.

According to the U.S. Environmental Protection Agency, PCBs have been shown to cause a variety of health problems, including cancer in animals as well as effects on the immune, nervous and reproductive systems.

Numerous cities, including Seattle, Tacoma, Spokane and Portland, Oregon, have sued Monsanto over PCB cleanup costs, and in 2016 Ferguson made Washington the first state to sue Monsanto over PCB contamination in rivers, lakes and bays. Others including Oregon and Ohio have since sued.

The cases allege that Monsanto knew for decades about the dangers PCBs posed, but hid those risks as it continued profiting from their sale. The chemicals continue to imperil the health of protected salmon and orcas despite the tens of millions of dollars Washington state has spent to clean up the pollution.

“Washington has been shouldering the health and environmental costs of PCB contamination and cleanup for decades,” Ferguson said in a news release. “This record payment holds Monsanto accountable for the harm they inflicted on our state.”

In 1937, an internal Monsanto memo said testing on animals showed “systemic toxic effects” from prolonged exposure by inhaling PCB fumes or ingestion. In 1969, a company committee on PCBs noted, “There is too much customer/market need and selfishly too much Monsanto profit to go out.”

Nevertheless, Monsanto told officials around the country the contrary. In a letter to New Jersey’s Department of Conservation that year, Monsanto wrote, “Based on available data, manufacturing and use experience, we do not believe PCBs to be seriously toxic.”

In its announcement, Monsanto said it was paying $170 million to resolve lawsuits brought by Washington state, New Mexico and Washington, D.C.

Monsanto said it separately would pay $650 million to a class of local governments with claims of PCB pollution — a settlement that requires federal court approval. Spokane was one of the lead plaintiffs.

But Dan Nolte, a spokesman for the Seattle City Attorney’s Office, said Seattle would opt out of any such class and continue its lawsuit, which is set for trial next year. Any settlement would have to be commensurate with the hundreds of millions of dollars in cleanup costs the city has incurred, Nolte said.