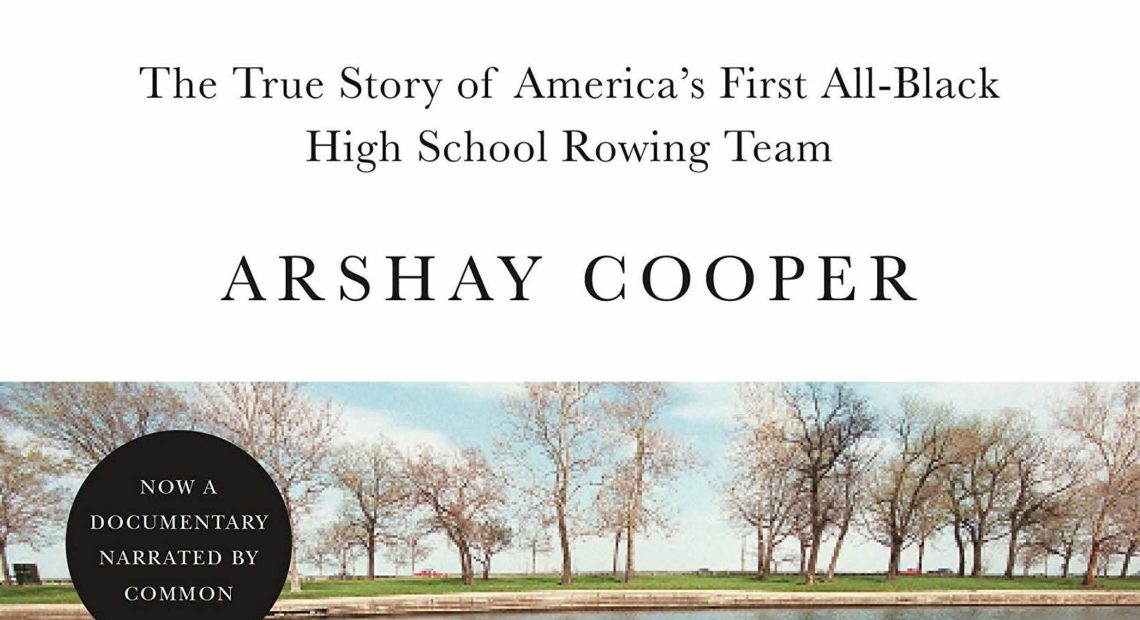 Rowing crew got Arshay Cooper away from the gang life on Chicago’s West Side in the 1990s.

In A Most Beautiful Thing: The True Story of America’s First All-Black High School Rowing Team, he tells the story of how he, and others from rival neighborhoods, found their way to crew — and each other.

Now, Cooper is an accomplished chef in New York — and he works to convince other kids to find an outlet in crew. His forthcoming book has been turned into a documentary narrated by Common.

“We find kids, we recruit kids to the sport, and we give them an opportunity and some academic support and we get them to college. And the goal is to hopefully see these kids represent this country in the Olympics,” he tells NPR. 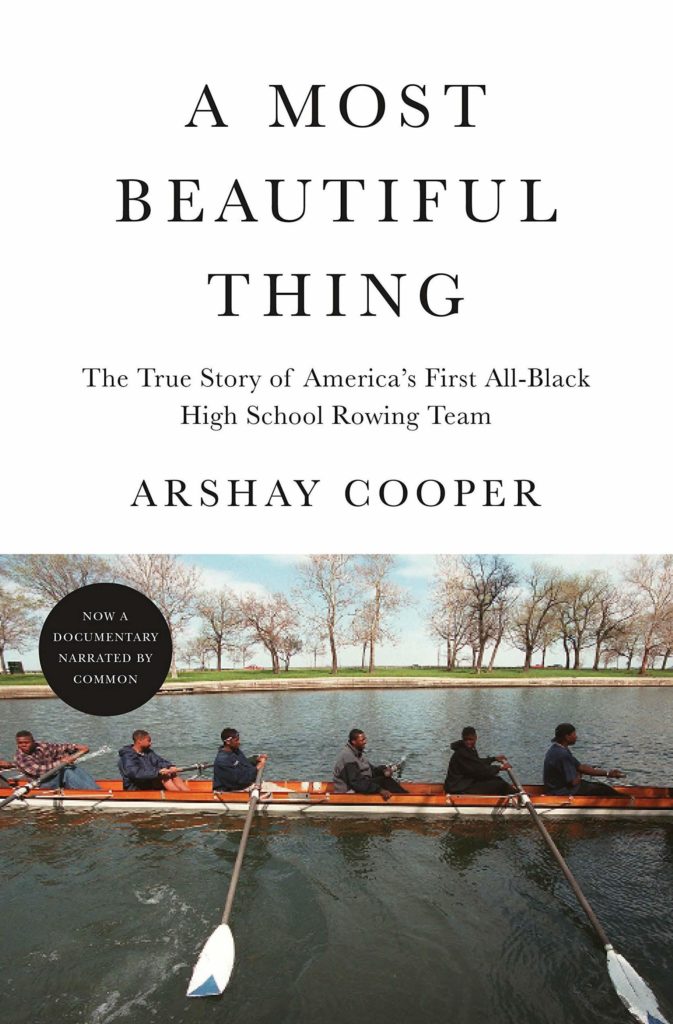 On his walk to school

Yes, the walk to schools started in the west side of Chicago, a place that we call “holy city” because of the different gangs that were vice lords. And it started off in a morning running into the bus stop, making sure that don’t run into any gangs, you know, getting on a bus. And on that bus was many different gangs. And you would call it “the pickle jar” because you’re just stuck in between so many different gangs that can’t really get off the bus. So if there was a fight, you’re just stuck there to protect yourself. And on a bus ride before from my house to school, I will say maybe seven different gangs were on that bus — and you get off and cops were there, and you just hope that you make it to school safely. And you get to school, and there’s a long line with metal detectors. And before you get into school, sometimes you will see screwdrivers out of people’s backpack or blades, just for protection. So that was every day on my way to school.

On his home life in high school

My mother was a drug addict. And my brothers were in gangs. And I’ve never said the word “dad” a day in my life. And that was every day in my household. So it was — we were very poor. And, you know, sometimes we had to figure out how to eat food or get food. And that was rough.

On first learning about rowing

I walked into the lunch room and I see this boat. And I’m like, ‘What is this all about?’ And this lady asks me if I want to join the crew team. And I’m like — crew? When someone asks you to join crew, you just turn and run away as fast as you can. You know, I’m not doing that. … So she said, ‘Follow me.’ So behind this boat was this TV monitor, and it was showing the Olympic Games. And I saw nothing but white people rowing. And I said, ‘Oh, no, I’m not doing that. I don’t do the water.’ I remember walking away and sitting next to my friend, and said, ‘I can you believe they are trying to get us to row on some shell? We don’t even swim.’

And he laughed about it and said, ‘You’re right.’ And I said to myself, there’s no way I’m going to be a part of that. And then the next day, the boat was still there and it said, ‘Sign up and you get free pizza.’ And so everyone was signing up, you know? And I remember going up to the gym room and people were everywhere. Different communities, different neighborhoods.

He said, ‘There’ll be no Michael Jordans in this sport. It is the ultimate team sport.’ And he was just tough. He went into a school where people say, don’t go. His peers said, don’t go. And he just had this vision, this mission of changing young people’s lives. And we fell in love with his leadership, in his coaching style right away.

On how crew changed his life

I think number one, just being able to leave the neighborhood for a little while — the police sirens, the bullying, the sound, the gunshot sound, the broken street glass — and to go downtown, where a lot of people really haven’t been yet. And to go in and hop on a boat. Where you see, the downtown view is calm, it’s peaceful, it’s quiet, and you’re moving together and you hear the sound of the blade hitting the water and it’s rhythmatic, and it’s meditation. And it’s like being in a shower, finally being able to reflect or being by the ocean and being calm or whenever there’s a rainstorm, you just want to sit and relax.

And that’s how was every day for a couple hours. And that really calmed the storm in me, the anger in me, and gave me a sense of peace that I didn’t get at home or at school. And it was beautiful.

On the group of kids comprising the team

You know, at first we didn’t get along. We were people were in different gangs, in different neighborhoods. But I think the thing that made us bond was going to a regatta where everyone else was white except us. And we had no choice. Chicago, St. Louis, Iowa, Philly. We were the only ones. And we had no choice but to pull for each other, to talk to each other. To be around each other because no one else looked like us. And that helped us bond. And we understood that. And so we learned to count on each other, alone, in those different cities, where it was just us.

[We rowed against] pretty much mostly all private schools. And these were the teams — they had well funded teams, the best boats, the best coaches. … We finally caught on to what the sport was all about. We was excited. We were strong. We were tough. And we showed up and people were watching and listening, was looking at us and we were ready to go. …

We didn’t quite get first [place]. And I thought after that race, listen, we were taugh, we were trained by a coach to be great humans first and be contributors to our community. And then it was about fast boats. And it was like that Rocky story. He didn’t beat Apollo Creed in the beginning, but he got in the ring — and that’s what it was about us. It was like, hey, you know, we didn’t win gold, but we got in the water and we overcame everything that life threw our way and we won in life.

On his mom’s recovery

Yes, she went to recovery home and she is amazing and spiritual and beautiful and sings at church and works with many different missionary groups. And she has became the solution in her neighborhood and reached out to many more who grew up like she did. Her mom grew up in a time where — Chicago back in 50s, 60s — there was segregation and they lived in the black belt in Chicago. And life was unfortunate for her, but she recovered. And she she’s amazing.

On his teammates now

Yeah, we keep in touch. Like I said, we are brothers. And someone asked me a question, ‘How many of these guys went on to be Olympic rowers or college rowers?’ And I said, ‘None.’ But our program was entrepreneurship in a rowing program. And 90 percent of our team are entrepreneurs. And they hire people in their community and they give back. And that was always the goal, to use the sport of rowing, to be leaders and to lead and to contribute. And that’s what we do.