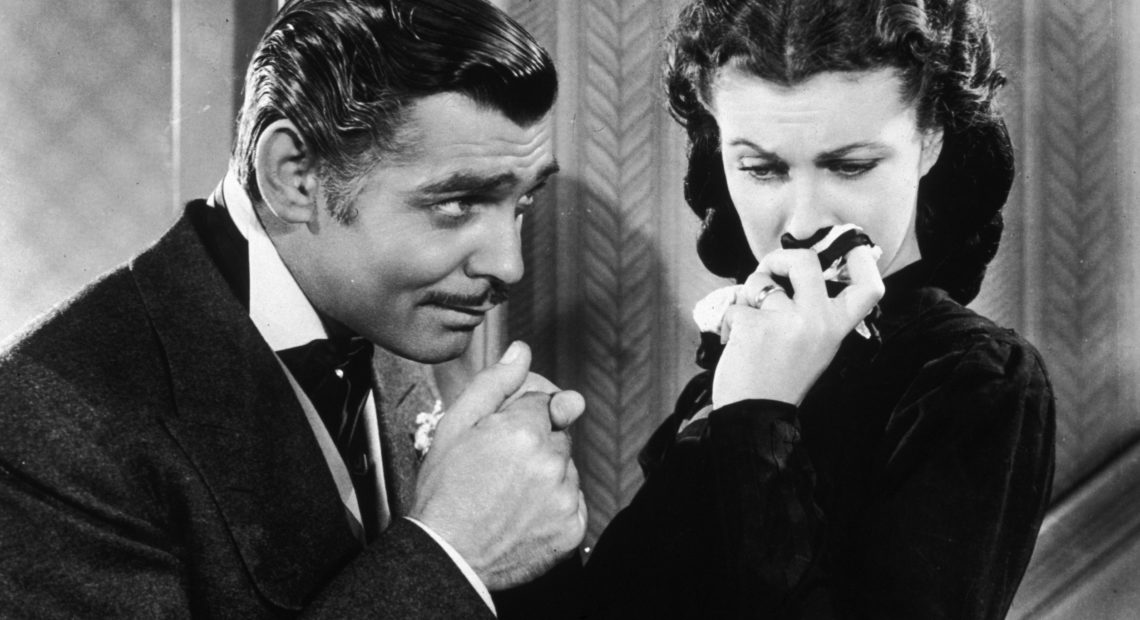 ‘Gone With The Wind’ Returns To HBO Max With New Introduction

Gone With The Wind has returned to the streaming service HBO Max after it was removed earlier this month because of its benign portrayal of American slavery. The film now features a new introduction by film scholar and Turner Classic Movies host Jacqueline Stewart.

In the introduction, Stewart addresses the film’s problematic depiction of the Antebellum South. 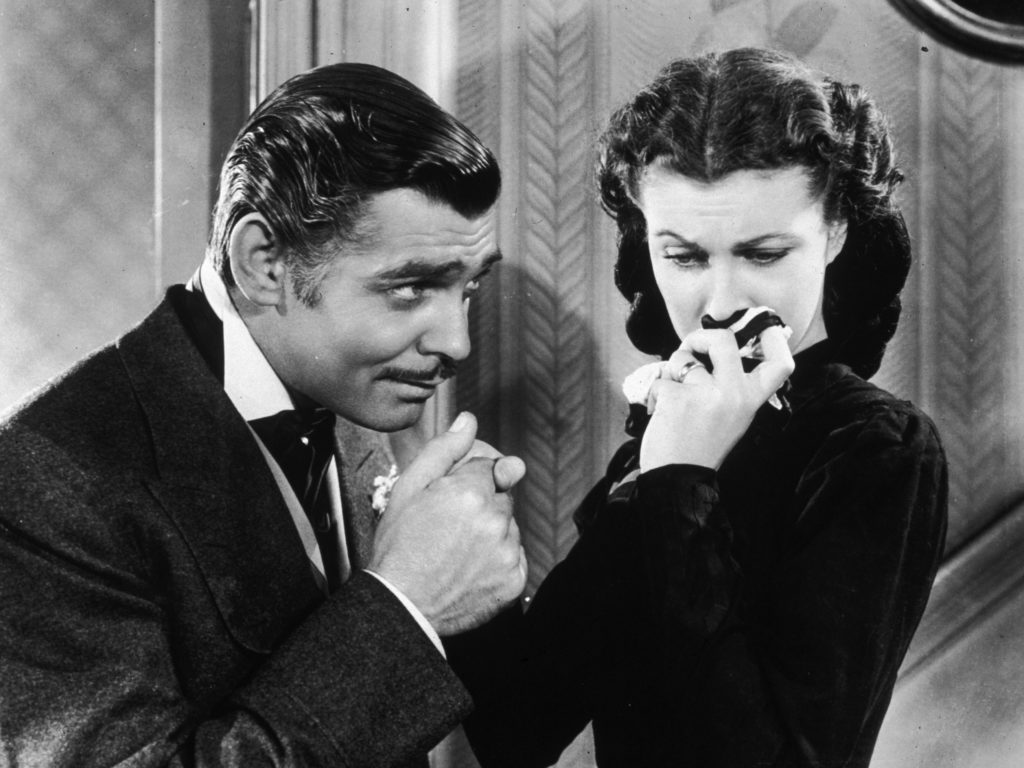 American actor Clark Gable in his role as Rhett Butler kissing the hand of a tearful Scarlett O’Hara, played by Vivien Leigh in ‘Gone With The Wind’.

“Eighty years after its initial release, ‘Gone With the Wind’ is a film of undeniable cultural significance,” she says. “It is not only a major document of Hollywood’s racist practices of the past but also an enduring work of popular culture that speaks directly to the racial inequalities that persist in media and society today.”

Stewart adds that the film depicts a “world of grace and beauty, without acknowledging the brutalities of the system of chattel slavery upon which this world is based.”

The streaming service also added two companion videos along with the return of the film. One video features a panel discussion on the film’s controversial legacy and another provides more information about Hattie McDaniel, who in 1940 became the first African American to win an Oscar for her portrayal of the enslaved “Mammy.”

The 1939 film has long been the subject of criticism, with some saying it portrayed the Confederacy with sentimentality and fondness. Recent protests for racial justice sparked by the police killing of George Floyd renewed these concerns. Screenwriter, producer and director John Ridley wrote an op-ed for the Los Angeles Times earlier this month calling on HBO Max to remove Gone With the Wind from its library.

“The movie had the very best talents in Hollywood at that time working together to sentimentalize a history that never was,” Ridley wrote. “And it continues to give cover to those who falsely claim that clinging to the iconography of the plantation era is a matter of ‘heritage, not hate.’ ” 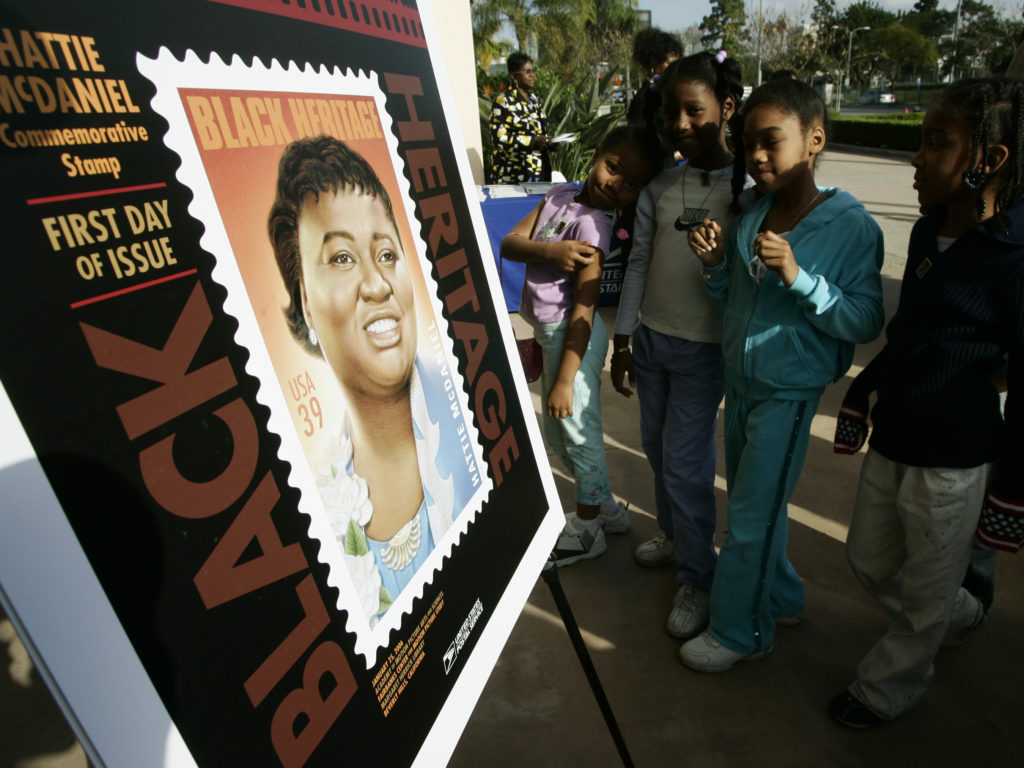 Los Angeles school children attend a ceremony unveiling a commemorative U.S. Postal Service stamp for actor Hattie McDaniel in 2006, in Beverly Hills, Calif. McDaniel, also a singer, radio and television personality, was the first African American to win an Oscar, for her portrayal of Mammy in Gone With the Wind. CREDIT: Damian Dovarganes/AP

A spokesperson for the streaming service told NPR in a statement at the time of the film’s removal that the “racist depictions” in the film were “wrong then and wrong today, and we felt that to keep this title up without an explanation and a denouncement of those depictions would be irresponsible.”

The spokesperson added that aside from the new introduction, the movie itself would not be altered once it returned, “because to do otherwise would be the same as claiming these prejudices never existed.”

Stewart reiterated those sentiments in her introduction, acknowledging that while watching Gone With The Wind and other classic films could be uncomfortable or painful, the films should be available in their original form to “invite viewers to reflect on their own beliefs when watching them now.”